They actually grew up in the early 2000s 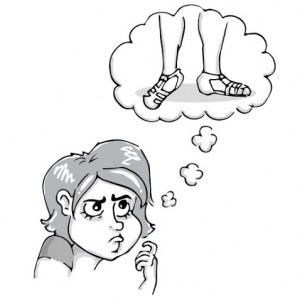 So-called ’90s kids have taken to rioting after discovering that most of their memories are, in fact, from the early 2000s.

Having been born between the years of 1995 and 1999, most of these millennials mistook their early childhood memories of play as being from those years, which they are developmentally incapable of remembering. Shows like the Rugrats, Courage the Cowardly Dog and SpongeBob SquarePants, as well as toys like the Game Boy Advance, Sega Dreamcast and ChatNow walkie-talkie cellphones all have origins on the cusp of the new millennium, whether it be 1999 or 2000.

After these findings were reported to the public and subsequently posted on blogs such as BuzzFeed, FuckYeah1990s and Things90sKidsRemember, bitter outcries came from the public:

“What do you mean I’m not a ’90s kid?! That’s when I was born!” Amber Kosh cried, born in 1996. “I remember jelly sandals… Kind of… I mean, I’m pretty sure that there are pictures of me wearing them. Or was that my older sister? Anyway, I knew that they existed! I was there!”

“I can’t even believe these allegations,” Ian Cannon retorted, born in 1998. “I vaguely remember Moon Shoes! I know for sure that the idea of Wonder Balls was first presented to me as a child and not as an adult who has seen them on Tumblr for the past five years! How dare anyone try to take my childhood from me? Just because my formative years are blurred from my lack of reliable memories doesn’t mean it didn’t happen when I say it did!”

The outrage has since escalated into demonstrations, as ‘90s kids have taken to the streets to protest what they are certain is true. Chanting things such as: “1990 to 1999, your memories are just as valid as mine,” the protesters occupied major cities in the United States, including New York City and Los Angeles.

However, the once-peaceful protests have turned violent as things have progressed. The issue of whether the memories are truly coming from the ‘90s has fallen by the wayside as those born in the early 1990s, whose memories truly represent the decade, have become more outspoken, saying that those born after 1995 are “not real ‘90s kids,” which has sparked serious conflict among the demonstrators.

Janet Thomas, born in 1990, said: “The real issue here is age elitism. We’re all ‘90s kids, no matter the year we were born, but serious upheaval has begun due to the segregation of post-1995 kids from the rest of us. Although, yes, the memories of those people are most often from the 2000s and not the ‘90s, they shouldn’t be revoked of their title! That is, unless they were born in 1999. It doesn’t even count at that point.”

Although ‘90s kids are learning to cope with their ‘00s identities, the bitter fights between themselves and the “true” ‘90s kids are escalating. If these conflicts are not resolved within the coming months, it may result in what CNN is predicting as “The Second Civil War.”

There are rumors that Michael Jordan, beloved star of the 1996 hit Space Jam, will be able to bring these two worlds together once more, as he did with live-action and cartoon in the ‘90s, using not only his rad basketball skills, but also his nostalgic power over ‘90s kids to create a compromise. However, this has not been confirmed by any reliable sources.

As we march into this new era of technological uncertainty, it can only be hoped ‘90s kids will find peace by banding together once again over their shared nostalgia for that squiggly pattern (you know the one).

Grace Rychwalski is a sophomore writing major who is saving herself for the Red Power Ranger. Or Michaelangelo. Or Lola Bunny. Email her at grychwa1@ithaca.edu.