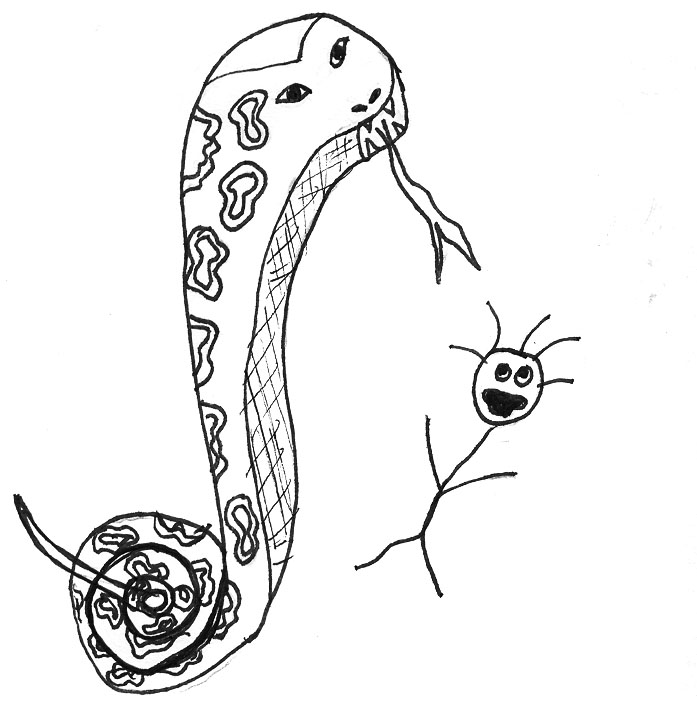 “When people think of the word ‘adoption’ they usually imagine adopting pandas or kids from Africa,” explained Sally Harrison, AAC vice president. “In our club, you don’t have to resort to one of those boring options in order to feel good about yourself. That’s the great part about climate change and the destruction of the Amazon.”

When asked about his reasons for starting the organization, AAC President Steven Boyd replied, “Honestly, I don’t think anyone really cares whether a slimy sea cow lives or dies. Now anacondas — those things are important to this world. I mean, not that it really matters what species you save. Girls love guys that care about animals. Period.”

In January, the Anaconda Adoption Club sent a check to the Save the Anacondondas Foundation. “They said in a few weeks we would get our prize. We thought it would be just a certificate or fancy thank you note,” Sally said.

Soon after, the club met to take pictures for the college brochure when they received five packages marked in Mayan hieroglyphics. When they opened the boxes, their newly owned adoptees were slithering around inside. Having only seen the animals in National Geographic or the movie Anaconda, the students had to look up photos when they heard a terrible retching sound. An anaconda had escaped and was in the process of swallowing football player Ricky Lee’s gym shoes.
“Ricky’s shoe smelled pretty bad. The poor anaconda probably thought it was a small animal,” Sally said. “But it did look really cool. Better than the pictures.”

In order to save the shoe, the club was forced to call campus security. Officers hesitantly rounded up the snakes, which have since been relocated to a nearby zoo.

After looking through the website for a refund, Sally discovered that what really threatened anacondas wasn’t the rainforest, but domestication.

“Oh well, you can’t help without hurting a bit.” Steven Boyd explained, “I mean houses built by volunteer students aren’t structurally sound like ones built by professionals, but it’s better than not having a house.”

For now, the campus seems to be snake-free, though there have been various rumors about a “basilisk” lurking in the shower pipes.

Jennifer Pike is a freshman writing major who suffers from ophidiophobia. Email her at jpike1[at]ithaca[dot]edu. Image by Alexis Lanza.