God Talks to Us Again 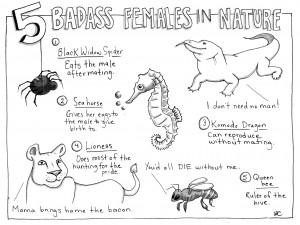 The Holy Father delivers plague of Tweets after Oscar snubs

Shortly after the 87th Academy Award nominations were announced, Our Creator — the Alpha and the Omega Himself — God (@MelGibsonsBFF) took to Twitter on a rampage of his largest scale since the 10 plagues. Upset with snubs for Ridley Scott (Exodus: Gods and Kings) and Darren Aronofsky (Noah) for best director, God tweeted, “Damn u oscars.” He continued, “Y is every1 talking bout Ava DuVernay and Selma snubs? The directors of my films were all men, and even they couldn’t get nominated! SMH #ifivoted.” He continued with some rather sophomoric taunts as well: “Y u guys care? Girls have cooties anyway!”

God was unsettled by the snubs for best actor in a motion picture. “And wtf is up with all these acting nominations? My actors were white too! I even had white guys playing Egyptians! #snub.” God, who, like famous Hollywood producers Bob and Harvey Weinstein, is known to be very omnipotent in the film industry, has also lashed out at the SAG Awards for electing Birdman for best ensemble cast, tweeting, “Why does it matter if Birdman has gender diversity if I created everyone in my own image??? #ihatethesagawards #hollywoodriggingisforreal.” This year’s outburst signals God’s desperation for recognition as it is now 11 years since a biblical film has won a mainstream award (The Passion of the Christ, Mel Gibson).
God does have some weight to his argument, though. It appears that, rationally, it is unnecessary to overthink gender and race roles in Hollywood. This year’s biblical films were all well made, leaving the question: Where did they really go wrong? Clearly having all white male casts, despite the African and Middle-Eastern settings, was not the issue. Was it simply that this year was a banner year for film? Or, rather, perhaps it’s a sign of the times, demonstrating that general public doesn’t fear God quite how they used to.

Realizing He doesn’t have much ground in the first place, as atheism is a rapidly growing belief, God later apologized on Twitter. He said, “I beg salvation 4 offending any of the Oscar nominees in my posts; I AM not WHO AM meaning 2 demean their talents (which I gave them)”. Buzzsaw has reached out to God for comment, or a sign, or anything, but is still waiting for a response — as per usual.

Jordan Aaron is a freshman cinema and photography major who sins on Saturday and (sometimes) begs forgiveness on Sunday. You can email him at jaaron@ithaca.edu.

What Belongs In a Girlboss’ Bag

Buzzsaw Asks Why…Nobody Will Take Me Up on...

10 signs you’ve Girlbossed too Close to The...

Grimes is the Marie Antoinette of the 21st...

He’s All That: For Your Consideration

A Step-By-Step Guide to Telling Men In You...