Home Issues This Is How You Reform Me
IssuesMagazinePunishmentSawdustweb-featured

This Is How You Reform Me 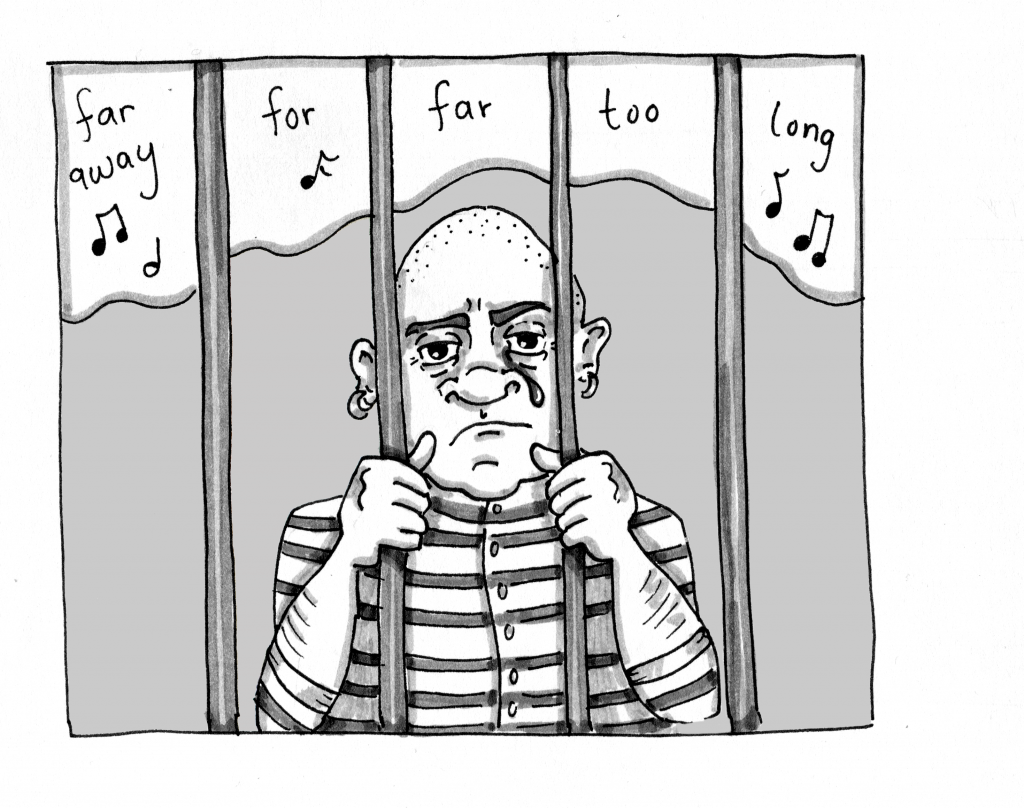 Inmates forced to listen to Nickelback as punishment

Inmates at prisons across the United States are facing a harsh new punishment, courtesy of the Supreme Court of the United States. What some people call music by the somehow popular almost rock band Nickelback is being played 24 hours a day in the inmates’ prison cells. At Penfield Penitentiary in Texas, this new punishment is getting a test run.

Brandon Ranworth, a guard at the prison, says, “These guys have done some awful things. Some of the inmates have killed a bunch of people in murder sprees, but this has got to be cruel and unusual punishment. Isn’t prison supposed to be about rehabilitation? I figure that this will just make inmates more violent.” Indeed, inmate-on-inmate violence has risen, especially against those who enjoy Nickelback.

Inmate Max Larson stated,“Just last week, my old cellmate Roy was stabbed 3 times with a shank made out of the CD case for the album “All the Right Reasons.” Apparently he would sing along to “If Everyone Cared” in the showers all day. Which is pretty ironic, considering he murdered three people and the lyrics talk about not murdering people, but hey, who am I to judge? I burned my neighbor’s house down. Anyway, I’ve been having some trouble with it too. I mean, I’ve been wrong, I’ve been down, been to the bottom of every bottle. Oh god. It’s getting in my head.”

Nickelback frontman Chad Kroeger is embracing the new law, saying that he hopes it will boost album sales for the band’s latest album, “Here and Now,” released in 2011. Chad was correct, but the uptick in sales has been mostly due to the fact that prisons across the United States are buying the albums. Unfortunately for Chad however, most of the band’s fans were already in prison anyway and are now getting sick of the music, which does not bode well for future album sales.

“Okay, look, don’t tell anybody, but I used to be a fan,” says one inmate whose name has been redacted for his own safety. (NAME REDACTED) has been at Penfield since the release of the album “Dark Horse” in 2008. “I used to like their music. Emphasis on the ‘used to.’ I used to feel something special when I listened to the song ‘Photograph.’ I mean, what the hell was on in Joey’s head, am I right? Anyway, now I just stress gag whenever it starts to play. Remember how Johnny Cash played at that prison one time and everyone loved it? Well, this is like the opposite of that performance. I don’t think I could ever buy another Nickelback album. Huh…well I guess the punishment has reformed me in that sense. But honestly, If everyone cared…this wouldn’t be happening right now. Heh.”
In response to the new law, inmates across the United States are in the beginning stages of filing a class-action lawsuit.
Lawyer Ronnie Johnson said, “Someday, somehow, we’ll make it alright, but not right now. I know you’re wondering when. Probably within the next few months. Did…did you see what I did there?”
Gregory Pearson, one of the inmates involved in the lawsuit had this to say:
“I’ve been so far away for far too long. I keep dreaming that this lawsuit will be successful. Nickelback is corrupting the minds of my fellow inmates even further. If today was your last day…would you just lie down and accept this awful punishment? Or would you fight back? We’re fighting back!”
While the new law has not curbed inmate on inmate violence in prisons, it has deterred other potential criminals from committing crimes. The crime rates in major cities across the U.S. have dropped dramatically in the weeks from the time the law was enacted.