Keep Your Money, Donate a Cow 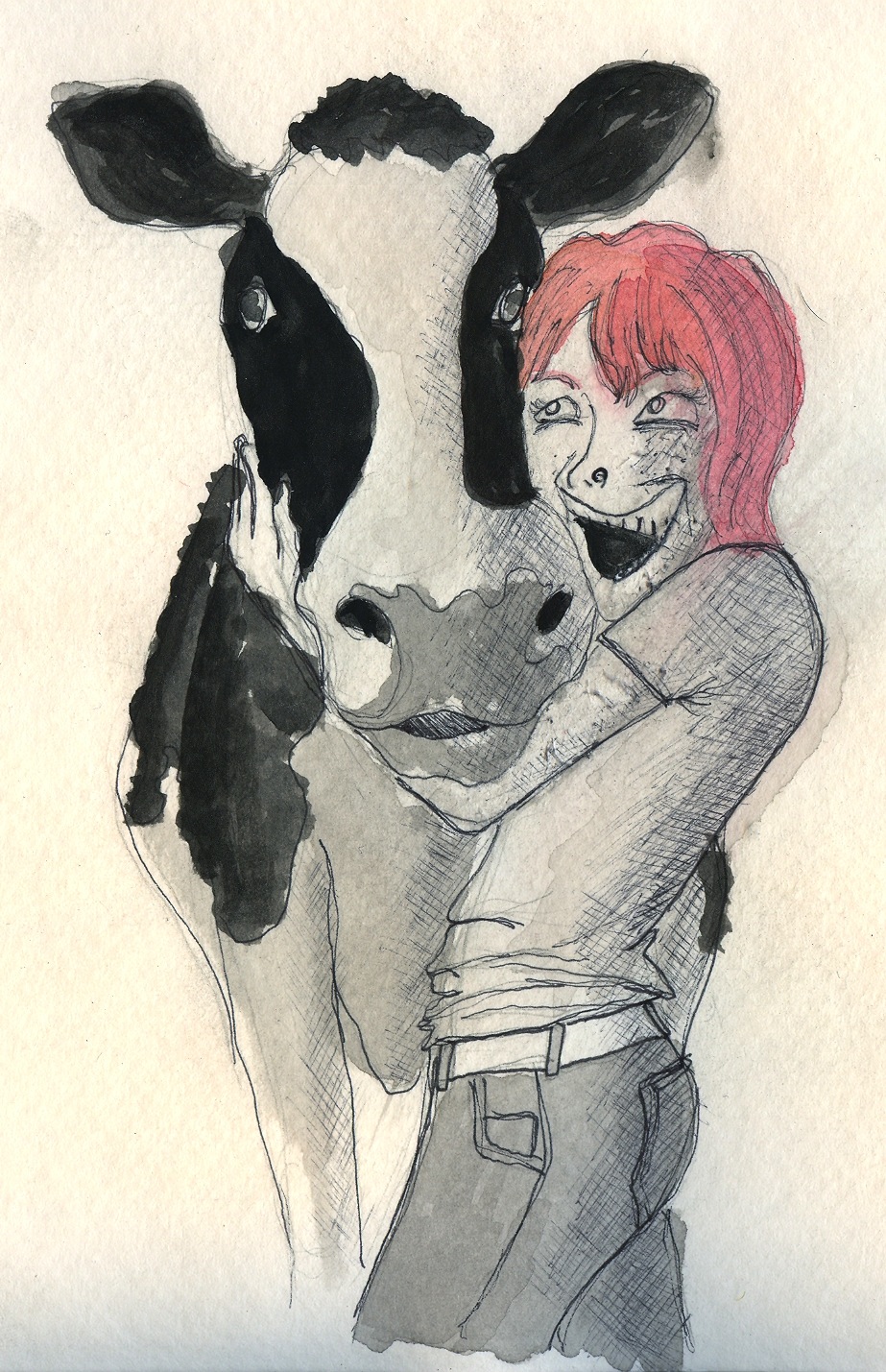 In 1944, Dan West, founder of Heifer International, set out to end world hunger and poverty. West got his start by volunteering as a relief worker for the Church of the Brethren  during the Spanish Civil War. His responsibility of ladling out small rations of milk to hungry children soured, as he knew full well that there was not enough to feed all who needed it.

It is here that the problem of “hand-outs” stems. With a limited supply of charitable aid, many families are unable to rise from their slump once the resource has been depleted. Though money, clothes and food are all greatly needed by these families, those particular items are in low supply. As a result, “hand-outs” are detrimental in the way they create a cycle of ups and downs for the family and community.

This is where the Heifer Foundation, a division of Heifer International, comes in.  Rather than perpetuate a dependency with the “hand-out” cycle, the Heifer Foundation provides families with a young female cow, which can supply the family with milk and other resources. The problems of hunger and finances would decrease because the family would have a consistent source of sustenance and income. To make this plan successful, the family is trained and educated in the techniques of cattle herding.

Allison Stephens, Public Relations manager at Heifer International, said the company refers to the animals as “living loans” because in exchange for the livestock and training, the families agree to give one of the animals’ offspring to another family in need. “It’s called “Passing on the Gift-” a cornerstone of our mission that creates an ever-expanding network of hope and peace,” Stephens said.

Cathy Sanders, Vice President of Philanthropy at Heifer International, said the donation of livestock or other profit-baring animals grants families the opportunity to learn and prosper through self-reliance. The farm animal is used to start up a business of change. Eggs and milk can be sold and eaten; wool can be sewn into clothing. Financial earnings and resources benefit not only the family, but also the entire community.

Since the founding of Heifer International, students across the world, including those in our own community, have been inspired to give back.

“We encourage students to pass on the gift of knowledge, passion, and enthusiasm for Heifer’s mission at any chance they get,” Stephens said.

At Cornell University, Heifer International club president Rebecca Fellman has been educating her fellow students on the mission of Heifer as a culturally sensitive foundation.

“By giving families a hand-up, not just a hand-out, Heifer empowers them to turn lives of hunger and poverty into self-reliance and hope,” said Fellman.

As the group’s leader, she aims to raise awareness about global hunger and disparity, educate the community and fundraise for the foundation. In the past, the group has organized bake sales, a Valentine’s Day roses sale, and a fun “Cornell Idol” musical event. In addition to the fundraising, the group focuses its efforts on educating their peers and Cornell faculty members.

Fellman said that while people on campus are aware of the Heifer Foundation and its mission, recruiting members continues to be a challenge.

Professor Joe Regenstein from the University’s Department of Food Science, who has presented to Cornell’s Heifer International club about animal welfare issues such as the humanity of animal slaughter and transportation, says there are many active guidelines that protect animal welfare.

“The most prevalent [guidelines] in the U.S. are done by the trade associations and have been endorsed by the Food Market Institute [that] have all been reviewed by people like Temple Grandin, the expert on animal welfare,” said Regenstein.

Such standards are based off scientific studies regarding proper and humane animal slaughter.

“[Slaughter] is done properly using one of the appropriate methods for that species and size of animal. It is a combination of people, equipment, and animal interactions all receiving proper attention,” said Regenstein.

Dr. Dan Brown, a professor in the Department of Animal Science and the group’s faculty advisor, has also spoken to the club about nutritional issues that surround agriculture in underdeveloped nations in attempts to educate members and broaden their perspective.

Though Cornell’s Heifer International club is rather small, it still manages to spark an interest from the students and faculty. From the bake sales and musical events to the inspirational speakers that donate their time and knowledge to the group, Heifer’s goal to “pass along the gift” continues to thrive and grow.