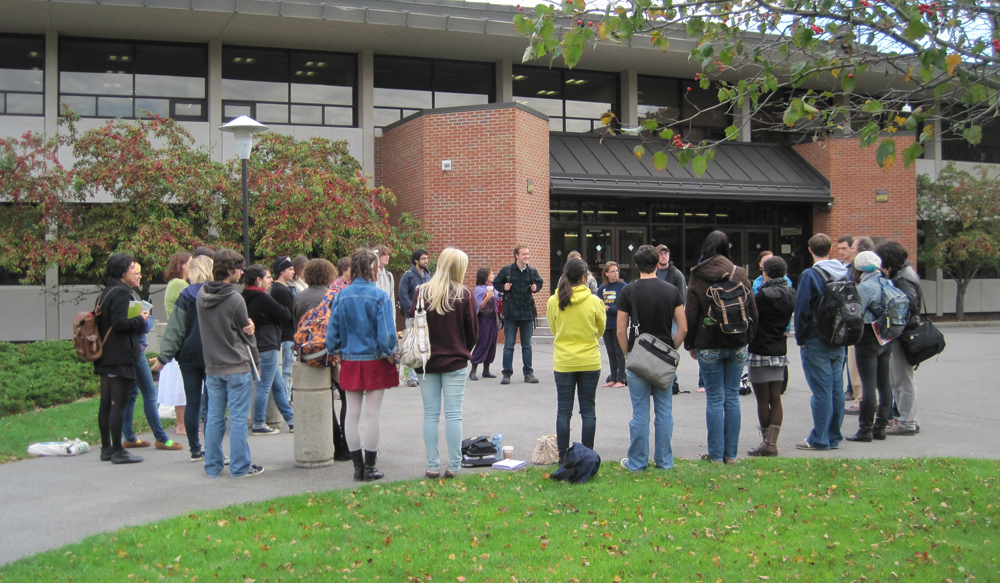 On Tuesday, Oct. 18, during the noon hour between classes, students of Ithaca College held the first General Assembly meeting as part of a movement in solidarity with the Occupy Wall Street Protests. The meeting was held near the academic quad at the center of campus.

The gathering was led by facilitators Gabriel Alvarez-Millard (‘12) and Alec Mitchell (‘13) and followed a similar format to the general assemblies held in Dewitt Park. The meeting began with a demonstration of the hand signals used at Wall Street, and a declaration that everyone’s voice would be heard equally. The facilitators noted that different people can lead the general assembly each time.

Alvarez-Millard noted that while the group was smaller than had appeared at the walkout last week, it likely consisted of the people who would be serious about taking action. He said that while it may not be feasible for college students to put the same time and organization as is going on in New York City, he encourages everyone to be involved in any way they can.

Rides to the occupation at Wall Street will be coordinated through Facebook.

The next step in the meeting was to introduce working groups. Alvarez-Millard introduced a donations working group. This group will organize donations such as sleeping bags and gear to aid when the weather gets colder. Allison Currier (‘14), a member of the donations group, noted a possibility of donation boxes around campus that will be driven down to the city each weekend. 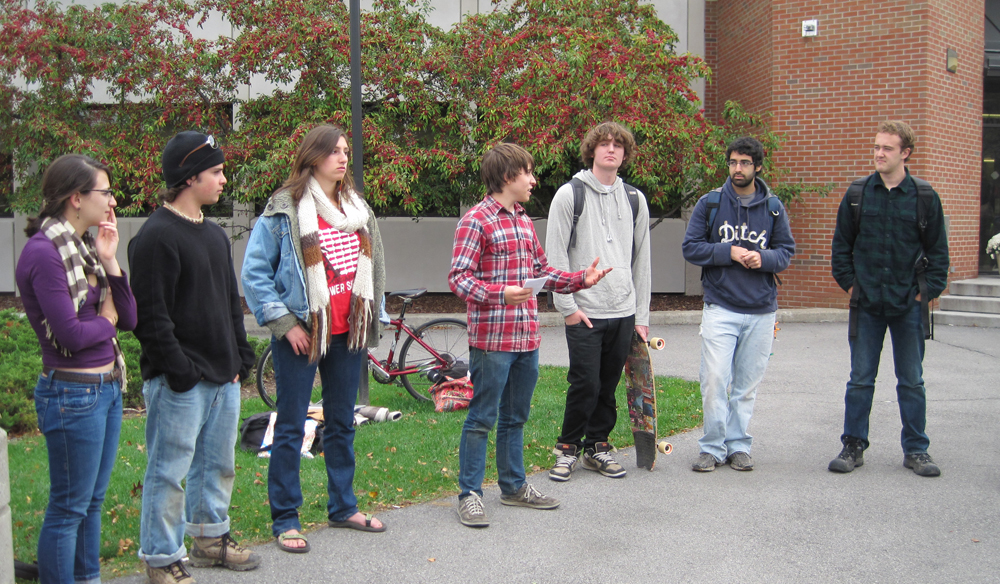 Mitchell proposed the facilitators working group, which would allow others to learn how to facilitate general assemblies. He also brought up the possibility of, if after becoming comfortable leading a G.A. here, leading one in the city — which could be in front of 2,000 people.

The facilitators agreed to continue holding general assemblies on campus at the same time each week.