When Politicians Take the Stage

A Brief History of Political Conventions

Prior to political conventions. presidential nominees would usually be chosen in private caucuses. However, in 1831 the Anti-Masonic Party made the process more democratic by creating the first-ever political convention, and the convention system of nominating a candidate where delegates from various state parties would vote on who would be the parties nominee. The National Republican Party (no relation to the present-day GOP) would follow suit, as did the Democratic Party under the direction of Andrew Jackson the following year. From then on, conventions became the place where 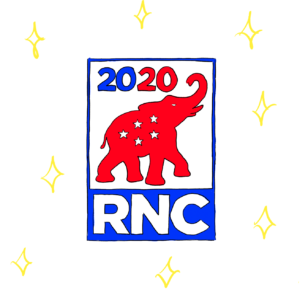 parties would gather together to choose their candidates for the Presidency and Vice Presidency. This would’ve made the conventions must-see TV, if you know, TV was around in the 1830s.

This system stood strong through the entirety of the 19th century until the beginnings of the primary system, where parties would have pledged delegates sent to the convention on behalf of candidates. This began around the early 1900s as being an even more democratic way to decide each party’s nominee. However, the primaries were not nearly as critical as they are now, and most candidates simply waited until the convention to begin the real campaigning. It wasn’t until 1972 that the primary system was solidified, and candidates for either the Republican or Democratic parties had no choice but to engage in the primary process. This was done in the aftermath of the 1968 Democratic National Convention in Chicago where, in addition to riots outside the convention hall, Vice President Hubert Humphrey managed to win the nomination despite not engaging in the primary process like more liberal candidates Eugene McCarthy and George McGovern. So this explains why the parties already know their candidate before the conventions even start, and are even able to make the convention a celebration of that one man or woman. 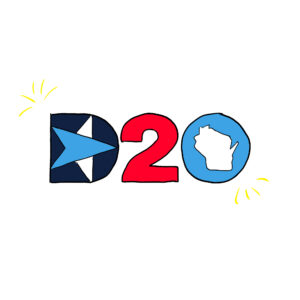 So, should we even watch these bizarre events that have gone from a cutthroat political mosh pit to an over-the-top display of patriotism, with a little bit of fear-mongering sprinkled in (or a lot of fear-mongering in the case of the most recent Republican Convention)? I would say yes. Sure they’re cheesy, and filled with bizarre celebrity cameos (looking at you Billy Porter), and cheesy, and there are always folks way too excited about a candidate, and they’re cheesy. But there is something to be said for allowing these parties and candidates to put their best foot forward to the American people. To give these people the opportunity to present the best version of themselves. Now, this does not mean to drink the Kool-Aid that these conventions try to force down your gullet. Always approach any political convention or candidate with skepticism and an understanding of any ulterior motives. But do allow them to present themselves and their ideas…even the terrible ones.

George Christopher is a second-year journalism major who was unimpressed by the lack of balloon memes after this year’s conventions. They can be reached at gchristopher@ithaca.edu.