Billionaire Elon Musk and his hopes for mission to colonize Mars

In 2002 renowned entrepreneur and CEO of Tesla Motors, Elon Musk, founded SpaceX. This is a project that he said has a long term goal of pioneering a “true spacefaring civilization.” Now, 15 years later, there is some speculation regarding the 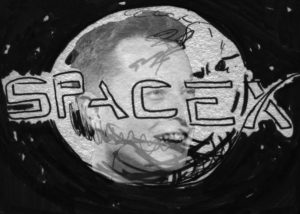 possibility of such an endeavor.

In a 2011 interview with Alan Murray from the Wall Street Journal, Musk said that he aims to have humans on Mars within 10 to 20 years. More recently in 2016, he announced that the Mars Colonial Transporter spacecraft will make its first unmanned departure in 2022, with the first manned expedition planned for 2024.

As Musk has outlined his plan for SpaceX, he has garnered some significant support. Retired NASA astronaut Scott Kelly is among the notable names to voice a positive opinion regarding SpaceX. In an interview with CNBC, he said, “When Elon Musk said he was going to launch his rocket and then land first on a barge, I thought he was crazy. And then he did it. I’m never going to doubt what he says, ever again.”

Also supporting SpaceX is a report from Fortune, noting how SpaceX could lead to satellite-based Internet over time, which in turn could potentially bring in an estimated $1 trillion. However, the article also states that this would take 10 to 20 years after SpaceX is established, as well as support from other similar projects.
Some of the opinions being voiced are not quite as positive. Billionaire CEO of Virgin Galactic, Richard Branson, does not support the idea of Mars colonization, believing that there is much more work that should and could be done here on Earth before we begin thinking about anywhere else. In his interview with CNBC, he said,
“Elon is absolutely fixated on going to Mars and I think it’s his life mission…I think space needs a lot of companies doing lots of different things to benefit the Earth back here.”

Based on how the most markedly negative opinion regarding Musk’s proposed venture comes from a source that has similar space-oriented aspirations, it seems that the positive opinions are more valuable; while all of the opinions are from reputable sources, the only outright negative one also happens to be from the operation that is most similar to SpaceX. Because the others wouldn’t have to worry about SpaceX being any sort of competition to them, they do not need to voice a potentially demeaning opinion, and can instead promote what they deem a respectable business venture. It also seems that the opinion stated in the Fortune article is the most worth paying attention to, as it is the only one that presents an argument based on facts and statistics, rather than ideas.

Judging by the mixed opinions from people relative to the field, it seems as if it is still a bit too early to fully judge whether or not Musk will be able to achieve SpaceX’s goals in the timeframe he suggests, if at all. All things considered, successful or not, Musk deserves credit for his unmatchable ambition seen in SpaceX, Tesla Motors, and all of his other endeavors.

Jack Hamilton is a second year Journalism major who wants one of the first tickets to Mars, once Musk’s SpaceX Program makes it off the ground. They can be reached at jhamilton2@ithaca.edu.