Work, play and fatigue in the modern age

Worker’s rights have been an ongoing and non-settable issue for what seems to be forever. Ever since humans have worked for other people, there have always been issues in regards to working conditions, wages and work-family balance.

In contrast to feudal times, the Industrial Revolution brought these issues center stage as people were suffering from unfair working conditions. Although it was a time when the exploitation of paid labor was at a high, it was also the time in which industrial countries recognized these rights and took care of them — to an extent. Most factories had their workers on assembly lines from 10 to 12 hours with very little pay.

“Throughout the 19th century, workers in the labor movement worked very hard to limit the number of hours of work in a day, and most of that was for the sake of people doing hard physical labor in factories and construction sites,” said Ileen DeVault, Professor of Labor History at Cornell University. She said working those long hours were extraneous for the workers, leading them to be absent from the family. The long hours also made workers susceptible to injuries because there was no safety in regards to machines. People usually lost limbs or got sick as a result of pollution and if a person got injured they would not get rehired.

Ever since the labor movement’s success, we have maintained a model in which people work eight hours a day, sleep eight hours at night and use the last eight hours for leisure. But that is beginning to change, although many people do not know exactly how to change it. Many ignore that the solution doesn’t just lie in changing the hours people work or when they work, it heavily depends on how we view the work-day as a whole. Changing the work day starts with tackling when the day starts and figuring that out has a lot to do with the human sleep cycle.

Jessa Gamble, Canadian and English author and co-owner of the science blog The Last Word on Nothing, said that artificial light has interfered not only with the natural sleep cycles of humans, but also the quality of sleep.

“The duration of sleep is less important than the quality of sleep,” Gamble said. It is important to build a correct sleeping culture, and this starts with offices not having harsh lighting on when it’s dark outside. Other things that have damaged the quality of sleep are having caffeine later in the day or the use of iPhones and iPads before sleep. Gamble said that these things interfere with the function of sleep which is essentially forming memories and discarding information you don’t need. 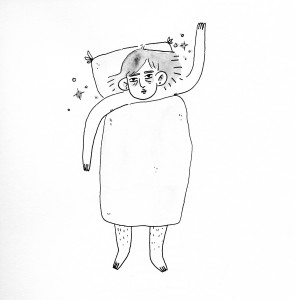 But, the biggest interference with quality of sleep is artificial light because it affects a person’s natural sleep cycle.

“We’ve had fire since before modern humans, but the type of light that is going to mess with your clock — brightness and full spectrum and so on — was only available starting when candles were less expensive, and people were able to have lights on all the time. We then evolve into electricity and move towards 24-hour factories during the industrial revolution,” Gamble said.

The need for higher productivity during the Industrial Revolution structured the consolidation of human sleep cycles into one eight-hour chunk “whereas, before all of this, sleep happened in two relatively separate chunks,” Gamble added. Those “chunks” are different for everyone.

Roger Ekirch, Professor of History at Virginia Tech has published many papers in which he explains that in pre-industrial societies people have a “first sleep” and a “second sleep.” His article “Segmented Sleep” published in August 2016 for Harpers.org, explains that a lot of the time that was spent “[performing] chores, [tending] to sick children, [raiding] a neighbor’s apple orchard. Others, remaining abed, recited prayers and pondered dreams.” It was “me” time. For others it was the time to write or read, what everyone did with their time was different, and when they woke up and went back to bed also varied.

Forcing humans to sleep eight full hours is unnatural, but “it is very appealing in this productivity culture to minimize sleep and to say that humans don’t need any sleep. But sleep is the most powerful cognitive enhancer that we know of, and so it is much smarter to sleep and then work effectively,” Gamble said.

If someone is a morning person, and their work day is coming closer to four or five, the artificial light from offices and computers interferes with the individual’s productivity, forcing them to keep working even when the brain and body are tired.

Others have a natural clock where they work better when there is little light, so the harsh lights in offices make them non-productive at their desk. But, once they leave to go home they become alert and productive. This makes them take their work home with them because work needs to get done. This takes away from a person’s leisure and sleeps time because they have to be up again in the morning even if that does not sync with their clock.

“There are people who like to have genius sessions first thing in the morning or the part of the night, and throughout the day work is on their mind but, they’re spending time with their kids in the daytime,” said Gamble. This means that people are neither really at work or at “play.”

However, DeVault points out that sleep is a very personal issue and the inclusion of women in the workforce was what began to throw the work-family balance a little off.

“One of the big changes, when you throw any question of work-family balance into this, is that since the mid-1970s well over 50 percent of women have been working outside the home for wages, and so that really does complicate things,” DeVault said.

She emphasized that when it came to working-class families, most of the times parents had to adhere to strict schedules, and sometimes those schedules do not “line up.”

These family relationships usually have an adverse effect on the children. A 2013 study from North Carolina State University found that “a job that doesn’t keep 9 a.m. to 5 p.m. hours can hurt the relationships between parents and adolescents, increasing the likelihood that children will engage in delinquent behaviors.” According to the study, the odd hours parents work lead to a weak relationship with their children which in turn made them more susceptible to committing crimes.

Nowadays, a very different socioeconomic class is going after work schedules and patterns. Many in office jobs — usually filled in by college graduates and the upper middle-class — believe working eight hours a day from nine to five is inconvenient, or at least this sentiment seems to be the norm. The prioritization of productivity and the industrial model of 8-hours of work, 8-hours of play and 8-hours of sleep has begun to crumble, but only for upper-middle class jobs that have more of a focus on employee happiness and health.

For example, SaleHoo’s CEO and Co-Founder, Simon Slade, is well-known for not only eliminating the 8-hour work day but for letting his employees choose their hours. SaleHoo is an online wholesale directory of more than 8,000 prescreened supplier, and most of the people who work for the company are salespeople who have to deal with a variety of timezones and customers. Having a flexible schedule makes sense for a company that requires people to be at their chirpiest to make sales.

“I have received regular feedback from staff that says the freedom to set their hours is an important factor in their overall job satisfaction. The staff is happier not only because they can achieve a better work-life balance by choosing their hours, but also because this arrangement fosters trust. Granting this autonomy to my staff sends a message: I trust you, and I know you’re capable of handling this responsibility,” Slade said.

The way Slade organizes work hours is that people choose the hours they want to work regardless if it’s eight hours a day and five days a week or five hours a day three days a week. “I expect my staff to get their work done and to maintain a reasonable response time. Outside of those requirements, I don’t make any mandates about hours or timing,” Slade said.

Although this form of management does not focus on ensuring good sleep. The ability for people to choose their hours is based on the idea that they’ll pick the times they’re most productive and in turn make time for leisure and rest when it’s convenient for them.

If your employees work when they are most productive, then a company will have a better product as well as a higher working environment, “but letting people chose their own hours is reserved for those jobs where people are not treated as machines, and they have more space for creativity,” Gamble said.

“There’s still a lot of working class people in this country and [a flexible schedule] is not going to be a possibility for them,” DeVault added. She explained that people who are a part of the working class would have to show up when it’s needed of them, especially in factory or construction jobs. “[A flexible schedule] could be wonderful for the people it’s wonderful for, but it’s not going to touch everybody by a long shot.”

Both Gamble and DeVault emphasized that although changing the way we approach working hours, mental health and sleep issues are important when we think about systemic change we leave out a great part of the workforce who do not have the luxury of choice.

This is not to take away from the improvements that have been made in regards to ensuring a better, more productive and healthier environment. According to Gamble, there have even been technological efforts to ensure a better quality of sleep in less time to make sleep more efficient. She also emphasized that “we’re not moving in the wrong direction” in regards to being more conscious of the fact that humans are more productive when they chose to be.

But at the heart of the issue is that these efforts to improve leave an ever growing part of the workforce out of the narrative.

Isabella Grullon is a third-year journalism major that thinks the “work hard, play hard” mantra is too good to be true. You can reach them at igrullon@ithaca.edu