What Goes Around, Comes Around

Millenial appropriation of what once was

Everyone has memories of how their lives once were: Skinned knees on the playground during recess; family dinners in the evening; weekend movie dates; passing notes in class; or even graduation day. The feeling of nostalgia that comes while remembering these times is considered bittersweet, because they cannot be relived.

Triggered by an array of things: fashion, music, movies and all other aspects of popular culture from a previous era, “Nostalgia makes us a bit more human,” according to University of Southampton psychology professor Constantine Sedikides PhD. in a New York Times article titled “What is Nostalgia Good For.” 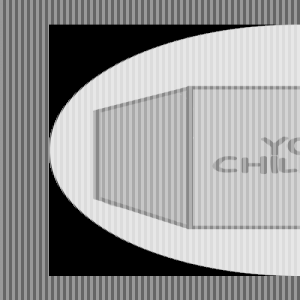 However, sentimental feelings people have towards their memories can be used against them in the market. Jeff Fromm is the author of Millennial Marketing and the president of FutureCast, a marketing consultancy group that specializes in Millennial trends. In his article, “As Millennials Get Nostalgic, So Do Brands,” Fromm says stores like Urban Outfitters are rebranding pieces that remind consumers of their childhood — essentially exploiting nostalgia for capital gain.

Cue the Lisa Frank sticker packs and muscle tees they are selling, in attempts to pull on the heartstrings and wallets of potential buyers. Television channels have used this nostalgia-based marketing to appeal to more viewers, most notably with Nickelodeon starting up their “The 90s were all that” promotion, which airs classic ‘90s programs every night from midnight to 2 a.m.

Leah Swartz, content specialist at FutureCast, said nostalgia causes people to feel an emotional attachment to certain brands, which makes them more loyal customers. This loyalty can be maintained and manipulated as Millennials become parents.

“This is an opportune time for brands to try and connect with Millennials through their memories and their desire to give their children the same fun childhood experiences they had growing up,” Swartz said.

Although the millennial generation is not unique in its vulnerability to this kind of marketing, it may be the most notable.

By turning consumers into what FutureCast refers to as ‘Prosumers,’ or potential customers involved with the development of a brand, companies can use their understanding of technology and media to interact and draw their desired audience toward their merchandise. This is done by representing their interests in a way that makes the consumer feel as if they have a direct impact with the company’s manufacturing.

“Companies have created an environment that not only drives the emotional connections to a brand but also brings it into a digital age where Millennial Prosumers have the opportunity to co-create and interact with their memories of favored brands from the past,” Swartz said.

Infatuation with the past leads certain fads to come back into the forefront of mainstream American media, which can be caused by parents’ desire to give their kids similar childhood experiences, Swartz said.

“As many Millennials are in the process of transitioning into parenthood, this is an opportune time for brands to try and connect with Millennials through their memories and their desire to give their children the same fun childhood experiences they had growing up,” she said.

By connecting new generations to old traditions, consumers are lead to feel nostalgia for things they weren’t necessarily involved in directly— and spend their money on merchandise that may seem new but is actually rebranded. This could be why teenagers are now channeling old fashion trends like high waisted jeans, bell bottoms, halter tops, saddle shoes and anything else that can be considered “retro.”

Headlines like “Return to Retro”, “Retro Beauty: Love it or Leave it?” and “The Dos and Don’ts of Wearing Vintage” have been published on popular fashion media outlets like Vogue, Cosmopolitan and Glamour, respectively. Mimicking historical events such as Woodstock ‘69 at modern music festivals like Coachella and Bonnaroo has become the norm.

However, attempting to achieve a “throwback” can cross the line between trendy and offensive.

Nostalgia, in this case, is used to justify ignorance or misunderstanding, since one cannot necessarily feel nostalgia for a time they were not a part of. Dr. Art Markman, Professor of Psychology at The University of Texas, studies cognitive science and said nostalgia must come from past experience.

“It is possible to feel like it would have been interesting to be part of a time period that they did not experience, but that isn’t quite nostalgia,” he said. “A feeling of nostalgia requires having some memories of that past time.”

This nostalgia-masked ignorance has been exemplified by celebrities like Khloe Kardashian and Vanessa Hudgens, both of whom have come under fire in the past for cultural appropriation, or borrowing elements of a culture other than their own without respecting the culture.

This can often be taken offensively; for example, Kardashian sported a Native American headdress and Hudgens wore bindis a fashion statement when attending the Coachella music festival in the last few years. Cultural appropriation is so prominent at music festivals that England’s Glastonbury festival and Canada’s Osheaga festival banned headdresses after public outcry against such clothing, according to Carly Ledbetter’s article on the Huffington Post titled “Glastonbury Takes Action Against Headdresses”.

Their offensive fashion choices could be blindly backed up by a false nostalgia. But this is just an excuse to back up insensitivity toward other cultures, because as Markman said, nostalgia can only be felt by people involved in a time directly. This is where the yearning for nostalgia in terms of fashion can become questionable, allowing people feel as if they are entitled to wear these cultural symbols when in reality they are appropriating an entire culture.

As nostalgia is being studied more and becoming more understood, it is also beginning to be questioned. Markman said nostalgia can be restrictive if it causes people to be too comfortable with the state of their lives.

“Feeling good and optimistic can sometimes make people complacent,” Markman said. “We generally act to improve the future when we are dissatisfied. So, a little dissatisfaction can be a good thing.”

This affection for the past can cause society to be preoccupied rather than hopeful, and can hinder progression rather than motivate it. For companies like Nickelodeon, for example, instead of re-running old shows, they should channel the themes that viewers loved so much and try to create new content that appeals to their current audience, while keeping the authenticity that led to their past success.

On the other hand, New York Times science journalist Robin Henig, said that nostalgia paired with new age thinking can be beneficial for problem solving.

“[Nostalgia] could have a positive effect if it informs that drive to move forward, so that people try to keep the best elements of the past,”

It is impossible to determine the difference between fondness and reoccupation with the past, but nostalgia in excess amounts could potentially cause the latter. On the other hand, the benefits of nostalgia can help people to be hopeful that the future will live up to their high expectations.

For now, there is no definitive view on whether nostalgia is positive or negative. Until there is a precise answer for this, society can enjoy some harmless, old-timey trends like mom jeans and tie dye, while being aware of how the market them. And outdated beliefs like racism, sexism and cultural appropriation should be put to rest for good.

Alexis Morillo is a freshman journalism major with a future focus. You can contact her at amorillo@ithaca.edu.