When change leads to the shattering of community

Densely populated and burgeoning with a marked increase in young college graduates, many urban communities are experiencing shifts away from their traditional roots and into a mecca of trendy stores and high-end grocers designed to support their new-found population.

Gentrification is the buying and renovation of houses and stores in deteriorated urban neighborhoods by upper- or middle-income individuals, thus improving property values, but often displacing low-income families and businesses. Gentrification has both negative and positive aspects, depending on the demographic.

With so many different opinions surrounding the issue, it can be hard to tell whether or not cities are undertaking redevelopment in an effort to improve the lives of residents. 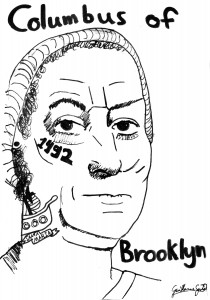 Matthew Galluzzo is the executive director of the Lawrenceville Corporation, as well as a resident of Lawrenceville, a Pittsburgh neighborhood that has rapidly developed in the past few years. The Lawrenceville Corporation is a neighborhood organization centers around efforts to improve the lives of newcomers and long-time residents. Galluzzo, though a developer himself, said people tend to have the wrong intentions when it comes to city redevelopment and gentrification issues such as displacement.

“You see in a lot of gentrifying neighborhoods a desire on the developer’s part to make money for affluent people,” Galluzzo explained. “Part of the Lawrenceville Corporation’s mission is to improve the lives of its current residents, not potential residents. We do a lot to avoid displacement. Our goal, and what every urban neighborhood’s goal should be, is to put money into housing and job creation programs for the low-income residents who are in need.”

Eileen Neely is the director of capital innovation at Living Cities, a national group of 22 foundations and financial institutions with a common interest of improving the lives of low-income people and the cities in which they live. She said developers “go wrong” when they lose sight of who the focus should be — the residents, not the money or new developments, such as grocery stores and expensive housing.

“Sometimes [redevelopment] is done simply because everybody who lives there is poor,” she said. “And when this is the reason, the focus isn’t tightly centered on the low-income of the area. They are being taken advantage of.”

It is evident that both Galluzzo and Neely agree that city redevelopment should be focused on the families who already live in low-income neighborhoods, instead of focusing solely on perspective middle- or high-class residents.

The Hazelwood Initiative is a Pittsburgh-based, community organization similar to the Lawrenceville Corporation in its efforts to incorporate low-income residents in city redevelopment. The Hazelwood Initiative works to provide a shared, strong voice for Greater Hazelwood by gathering community input. James W. Richter, former executive director of The Hazelwood Initiative, explained that the negative domino effect of gentrification begins with the developer and ends with low-income residents. If enough people of middle or high socioeconomic status ask for a Target, for an Urban Outfitters, for nice high rises, somebody who has enough money will make it happen, Richter said.

“Prices go up, because the area has become trendy, but normal people can’t afford trendy,” he said. “Once these new developments are incorporated, the surrounding area becomes unaffordable for its residents who already live there.”

However, many see gentrification as an opportunity to revitalize and grow economically struggling communities. According to Neely, gentrification doesn’t have to be a scary word.

“The word gentrification in an advocacy world is bad, but the word in and of itself is not bad,” she said.

Her development background aside, Neely warns that cities must be aware of who the central focus of redevelopment is.

In the 2014 article, “Did Gentrification Make My Neighborhood Better?” in Ebony Magazine, a progressive print publication that highlights African American issues, contributor Damon Young discussed the problems that gentrification have caused him personally, as well as the negative effects that rapid redevelopment has had on his community.

According to the article, the resentment that comes with gentrification isn’t necessarily based on the changes that take place, but the way in which they happen. Many times, city redevelopment is done without the participation or opinions of the residents subject to the risks that come with redevelopment, such as displacement.

Young explained in the Ebony article that he couldn’t quite process how he felt about the changes that took place in his own neighborhood. While he and many others are grateful that their neighborhoods are safer, they feel that they weren’t a part of the change. Implementing education, as Galluzzo suggested, could help to make low-income residents more involved in the changes.

In addition to watching the infrastructure of a neighborhood rapidly change, many long-time residents of urban communities, particularly those who struggle financially, may find themselves unable to meet the rising cost of living in their native neighborhood. In extreme cases, this may lead to forced displacement.

According to an article on gentrification in a September issue of the Atlantic’s CityLab, “The Complicated Link Between Gentrification and Displacement,” written by Richard Florida, gentrification negatively impacts people when city redevelopment is happening too rapidly. Many times, residents’ individual incomes cannot keep up with the rate at which the economy around them increases.

In Neely’s opinion, city redevelopment does not have to be followed by displacement.

“Gentrification doesn’t equal displacement,” Neely said. “When cities lose focus of the central goal… the goal being its residents, that is when we see things like displacement occur.”

Richter said the focus is often not centered around its current residents at all, rather, a new younger generation. While young, affluent people may think that they are moving into a cool, developing area, they may not realize their affluence may be the direct cause of displacement.

Richter said the idealizations of city redevelopment must be altered to shift the priority toward a neighborhood’s low-income residents.

“Developing urban areas are trendy,” he said. “When they are fully developed, young people move to a new developing area.”

Richter warned that this pattern leaves wealthy developers jumping on any gentrifying opportunity they can find.

“If high-income people keep demanding it, somebody will keep providing it,” Richter said. “Many already-gentrified neighborhoods are becoming too crowded, which is resulting in the risk of displacement.”

Richter and Galluzzo agreed that the key to avoiding displacement is to implement community-focused programs and amenities that serve low-income residents before, during and after redevelopment.

“Something that I’ve learned to be most helpful is to help homeowners feel proud of their homes,” Richter said. “We need to work on applying low-cost home repairs to homes, in order to bring them back up to code. We have done this and it makes people proud of their homes. They feel that they have contributed to the process.”

When asked if she thought that it was possible to implement redevelopment into a neighborhood while keeping it affordable for lower-income people who were there first, Eileen Neely answered “Absolutely.”

While Neely said she believes city redevelopment can naturally result in a more positive living situation for a neighborhood’s residents, Richter and Galluzzo were more skeptical about the outcomes of rapidly gentrifying a community.

A genuine effort to implement preventative programs into a neighborhood must be made in order to avoid risks of unaffordable living. The focus cannot simply just be the residents. As Galluzzo explained when discussing implementing community programs, it may, instead, be more beneficial for the residents to be involved in the changes that are happening within a rapidly changing neighborhood.

However, as seen through Young, the writer of “Did Gentrification Make my Neighborhood Better?,” even implementing programs may still result in a feeling of alienation among residents who are watching their neighborhoods change. The goal behind Richter’s house repair project was to make the home’s residents feel more part of their own community. Though a good way to implement positive changes in people’s lives, It is these concerns regarding residents personal relationship to their community that raises concerns about heightened rates of gentrification. “It is a double-edged sword,” Richter said.

Katie Orr is a sophomore communication and design major who prefers authenticity to Whole Foods. Email her at korr@ithaca.edu.