The Rise of Digital Dating 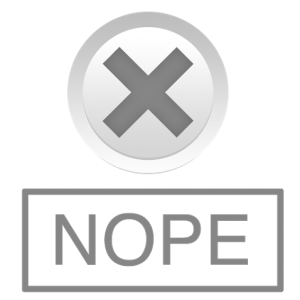 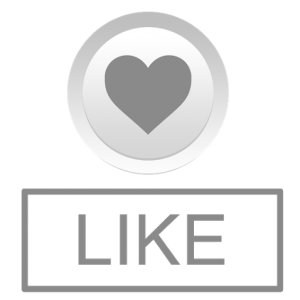 Dating in the 21st century has made a departure from waiting for the doorbell or landline phone to ring. Technology now plays a role in the way many people find relationships and hookups, and has allowed people to start relationships at the touch of a button.

Controversy has risen as to whether the use of technology hinders or improves the evolution of relationships. Apps like Tinder and Grindr often serve as a simplified and convenient way to start a relationship, but at what cost?

On Tinder, the user chooses one to six photos to display and inputs personal information and preferences. Once users establish their profiles, the app uses GPS technology to locate potential partners within a specific radius. Users are able to slide through photos and choose from two icons: either the heart, for a match, or X, to reject.

Grindr works in a very similar way to Tinder but targets gay men. Users submit their photos, a brief profile text to describe themselves and desired age range. Grindr shares potential matches, then allows users to chat, block or favorite matches. Users can slide past profiles that do not interest them.

Tinder users are notified when the potential partners they approve like them in return. Part of the reason hookup and dating apps such as Tinder have received such strong criticism is the role of visual judgment.

“Tinder is superficial because it’s a system based on what you think of someone’s outward appearance,” Will Truslow, a freshman at Ithaca College, said.

But Tinder has approximately 50 million users, according to a recent report by the New York Times.
In a recent survey of 100 Ithaca College students, in which 81 percent of respondents were female freshmen, about 50 percent of the students admitted to have used either Tinder, Facebook, Grindr or an online dating website to find a relationship or hookup.

The Concerns Starting Relationships on the Internet

Forty-five percent of the surveyed college students said they prefer the dating traditions before the internet and social media played a big role. Many respondents agreed that when it comes to finding a relationship, the traditional style of meeting and getting to know someone in person is ideal but technology can be useful.

Those in long distance relationships often rely on technology to maintain contact with their loved ones. Yanina Mazurkevich, a freshman at Ithaca College, met her boyfriend in high school and said she advocates for starting relationships in person, but also said she understands the importance of using technology to help strengthen and maintain them.

“We would have never been together if we met online because right now, we’re in a long distance relationship, and our only friend is the internet,” Mazurkevich said. “We fell in love with each other over our conversations and not over the internet.”

In the same survey, when asked their favorite aspects of traditionally starting a relationship, 98 percent of people chose “Meeting someone in person” and 90 percent chose “Going on dates to determine compatibility.”

“Developing a connection face-to-face is more real than over a chat or website,” Stephanie Aanonsen, a freshman at Ithaca College, said. “I am sure [dating apps] can work for some people, but I feel like a true connection does not work like a buffet table, where you can fill in your location, age, likes and dislikes, and similar people will just pop up.”

Aanonsen said she has seen the dark side of online dating. She recalled the nightmare that her aunt experienced using online-chat rooms to find a relationship.

“She has a mental disorder and a paralyzed tongue, so although she can comprehend, read and write, her verbal communication skills are not strong,” Aanonsen said. “She resorted to online chat rooms and Facebook friends to talk to, so they would not have to decipher what she is saying through speech.”

Her online lover sent sweet messages and convinced her to send money so they could “one day be together,” in what over 3 years added up to $40,000.

“People over the internet are not always who they say they are, and they do not always have good intentions,” Aanonsen said.

The Appeal of Online Dating

Many who use online dating tools say hiding behind a screen can make it easier to say and do things one normally wouldn’t do face-to-face.

Twenty percent of survey respondents at the college said they enjoyed the anonymity of hiding behind a screen aspect of the “new, technological style of relationships and hookups.”

In 2014, Pew Research conducted a survey in which they asked approximately 3,000 respondents to compare anonymity of their online experiences with their offline experiences. Sixty-three percent of respondents agreed that the online environment allowed them to be more anonymous.

In a study conducted by the Princeton Survey Research Associates International, researchers found that “70 percent of online daters agree that it helps people find a better romantic match because they have access to a wider range of potential partners.”

Many couples use apps and social media to initially meet each other but later develop a physical relationship away from the screen.

For Ithaca College freshmen Goldye Horan and Northeastern University freshman Travis Flynn, technology played a huge role in developing their relationship. It all started on the Ithaca College Accepted students page on Facebook.

Horan had messaged Flynn when she saw that they had something in common based on a post he had written on the community page. From then, until they met in person a few months later, the two used Snapchat, Facebook and texting to maintain communication and grow closer together before starting a relationship.

Jackie Kazim, a freshman at Ithaca College, met her ex-girlfriend on DeviantART, an online art forum for artists and fans.

They were strangers and spoke on forums, then transitioned to using Skype. From there they maintained an online relationship.

“I think many people view long distance, online relationships as ‘not real.’ It’s probably due to the lack of physical contact. But I can say that I knew more about my ex than my friends knew about their boyfriends or girlfriends,” Kazim said. “To sustain a relationship, we had to talk to each other and learn about each other constantly, because that was how we grew closer. I think that’s the beauty of online relationships.”

Recent findings by the Proceedings of the National Academy of Sciences journal suggest that online dating may actually slightly increase a couple’s likelihood of staying together long term.

According to the study, “More than one third of U.S. marriages begin with online dating, and those couples may be slightly happier than couples who meet through other means.”

Elena Haskins is a freshman film, photography and visual art major who consistently validates the internet. Email her at ehaskins@ithaca.edu.