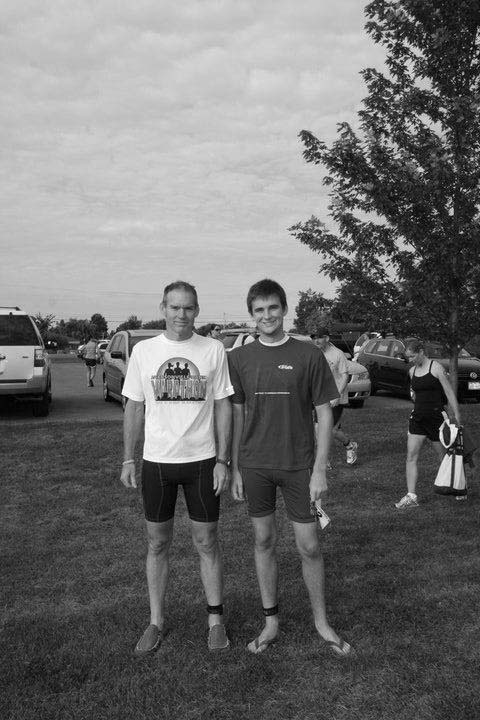 How Yoga Helped Me Discover The Pleasure In Pain

I’ll be upfront: though I’ve been called lazy all of my life, it’s not a title that I resent. From an early age, it was clear that I wasn’t interested in many activities, and having to participate in new ones only made me more resistant, especially when it came to exercise. My number one priority was, and always has been, comfort rather than excitement. I was the kid who spent summer days watching I Love The 80’s on VH1 while simultaneously playing Pokemon on my GameBoy and eating Sour Patch Kids until my mouth bled.

This never really posed problems for me growing up other than a few angry dentist visits, but it did leave me somewhat out of place among my friends in high school. Being three-sport varsity athletes, hard work and exercise were considered to be rewarding activities to them. As an anxious, introverted boy without much coordination or determination, physical activity was just uncomfortable. That sort of discomfort felt like a punishment, one that I wasn’t going to subject myself to if I wasn’t forced.

I’m not unique in my aversion to daily exercise- according to the President’s Council on Fitness, Sports & Nutrition, less than 5% of adults participate in a half hour of physical activity every day, and only one in three adults gets the recommended amount of exercise each week (Source Fitness.Gov).

This repugnance for activity and exercise would have been fine if I also didn’t happen to struggle with body image issues. But since I did, it left me in a bind- I was too self-conscious to be happy in my own body, but too lazy to do anything about it. Worse yet, I struggled with depression and anxiety that I had no physical outlet for. I was stuck in a rut that I’d dug myself.

After years of weeklong fitness binges that felt forced and unnatural, I felt ready to work through this discomfort, but unsure how to go about it. My mom recommended yoga. My initial reaction was to write off yoga because my goal was to get bigger, not necessarily to get stronger. I also fell victim to the gendered expectation that, as a man, I should be lifting weights, not sweating my ass off trying to balance on one foot. Still, I had made a decision to pull my shit together, and going to yoga was a necessary step on my path, even though it felt like self-torture.

Upon entering Blackbird Yoga Studio in Ithaca, my initial concerns about yoga and masculinity weren’t calmed. The studio was spotless, a beautiful pine wood floor surrounded by walls of royal purple and cast iron mirrors. I watched as a few young women, all Cornell students judging by their sweatshirts, entered a door I hadn’t seen, hidden behind a curtain. Tory, the instructor and owner of the studio, checked me in, offered me a mat, and told me to join the others in the hot studio. I pulled back the curtain, opened the door and was hit by a blast of warm, dense air, similar to when you leave the airport on the first day of a warm vacation.

This new room also had hardwood floors and purple walls, but no mirrors or windows. Lit by only a few yellow wall fixtures, the studio felt like a temple-as soon as i was inside, I felt the urge to quiet my steps so as not to disturb the others around me. Sitting on the floor in a warm room was like no other exercise I’d ever undergone, and so far it seemed right up my alley.

It wasn’t until about six minutes into my first yoga practice that I realized this self-punishment would be far more intense than I’d originally thought. I guess you get to sit and stretch for the first five minutes to makeup for the 55 minutes of torture that follow. Tory is a ruthless master in her practice, taking her students on a journey to find their inner strength and peace by way of total immersion. What really struck me about this approach was how it truly applied to every individual in the class, despite having the potential to alienate newcomers like myself. We were introduced to basic poses and flows, including Vinyasa, the flow from high to low, and then given time to work into these moves.

Despite how much difficulty I had maintaining these poses, they never felt too advanced or unnecessary. These intricate, seemingly unconnected poses started to flow like water once practiced with the right discipline of breath and motion. Though the workout became more intensive as class went on, I began to find solace in the rhythm and was enjoying it more and more.

Throughout the flow, Tory led us with positivity; in every pose, she stressed the importance of connecting with our inner strength and power, and loving ourselves exactly as we are. Yoga is not a competition or a race, it is a tool for self-guidance and motivation. These are the types of messages a 22-year-old male needs to hear when he’s gasping for breath next to a 75-year-old woman.

After finishing our “standing practice”, I thought the battle was over, but Tory took us through one more Vinyasa, then told us to hold in forearm plank. Imagine a push-up position but with your forearms bearing most of the weight. Core tightens, thighs engage, eyes gaze forward. For what felt like an eternity, we held here in excruciating pain. My whole body shook violently, shaking loose beads of sweat from my hair. As I was about to give up completely, Tory advised us to notice sensation, whether good or bad, pain or pleasure, as power. This perspective shift struck a chord with me, and for the rest of the practice, I felt a surreal sense of power out of the pain I felt in each pose. I pushed through until we reached our final Savasana, which is basically lying on your back and releasing all tension.

I stayed in Savasana for about five minutes that felt like five hours of the sweetest relief possible after such a grueling test. As my body melted into the warmth of my mat, a quiet sense of strength radiated from me. After the final Namaste, I drove back to my hectic college house and crazy life, feeling more at peace than I could ever remember. A fire had been lit within me, and I’ve finally found how to enjoy the burn.