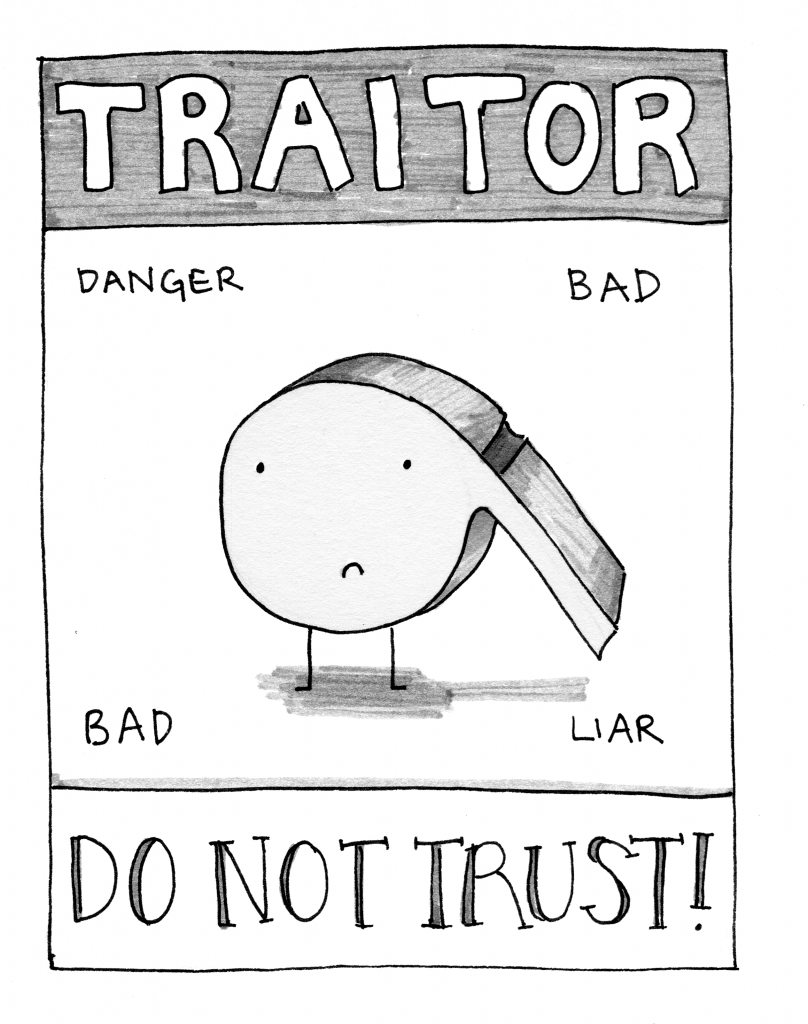 It’s already 26 minutes into the Government Accountability Project’s American Whistleblower Tour stop at Syracuse University on Wednesday, March 27, when Thomas Drake first breaks his paralyzed trance from ground to scan the crowd that sits before him.

Drake sat tall and forward — his posture just as firm as his words. It’s the kind of cool and hardened demeanor that comes directly from years of retaliation, brutality and struggle after exposing the waste, abuse and fraud running rampant in the NSA back in the mid-2000s. Blowing the whistle on the agency would earn Drake a spot on the United States ever-growing list of enemies, as well as a 10-count indictment, which included five charges under the Espionage Act of 1917 — a piece of legislation intended to be used against spies. If convicted, Drake would have faced up to 35 years in prison.

Eventually, on the eve of his final court case, all the charges were dropped.

To Drake, though, his story is a part of something much larger than a court hearing — it’s a test on whether the nation’s expanding and increasingly secretive bureaucracy is beyond meaningful accountability. His fight is just one battle in a critical war between whistleblowers and journalists, who continue to push for a more open society, and a government, joined with various private and public organizations, who are far more committed to shrouding its activities. And it’s something that Drake fears will, like his court case, never fully air to the public.

For Thomas Drake, September 11, 2001 changed everything.
The day of the World Trade Center attack marked Drake’s first full day of work as a civilian employee at the NSA — an agency that was, in many ways, becoming obsolete. With the end of the Cold War in the 1990s, the agency no longer had a clear target or mission. As Drake told The New Yorker, “Without the Soviet Union, it didn’t know what to do.” More problematic though was the NSA’s lagging technology, which failed to keep pace with the changing of times towards new digital technology and resulted in a mountain of data. The 9/11 attacks would highlight the United States’ failing security apparatus, leaving the NSA humiliated and scrambling to correct their “failure,” and meet the newfound and increased urgency for ramped up militarization and national security, both internationally and domestically.

In response, the United States government, in partnership with the NSA, would start to construct the foundations for the “Homeland” — a powerful and bloated national security state, which profits off ongoing war and thrives in secrecy.

But in a day and age of Wikileaks, secrecy is not something one just stumbles upon — it’s something that is created by strict government oversight and rule. While freedom of information has been an age-old battle, the Internet is changing rules, as well as raising the stakes. Lucy Dalglish, the former executive director of the Reporters Committee for Freedom of the Press and current dean of the University of Maryland journalism school, said this resulted in a government crackdown over information.

“This debate and this problem have been going on forever. The difference is that there are far more classified documents than there were before. Classification decisions are being made too readily,” Dalglish said. “[The Government is] classifying way too much and you have got some knee-jerk reactions to what has been reported, and when people panic, they just sit on records more than they have in the past.”

Dalglish fears that this “far left oversight,” which incentivizes classification, has and will continue to deprive the public of important critical information they need to judge policy and operational systems, and allowing misconduct to go unchallenged. She said in this classification state, many rely on whistleblowers to come forward with this critical information.

The government has taken additional measures to ensure a culture of secrecy, however. Now engaged in what some critics are calling a “double-barreled” assault and war on whistleblowers and journalism, the Obama administration has overseen more prosecutions of whistleblowers than all other presidents combined. As the price of secrecy continues to rise, the administration continues its chokehold on the press, subjecting journalists to ramped-up surveillance and threats. From smear campaigns to high-profile and costly court cases, the government has set up a system of punishment for those who come forward with unpopular ideas and inconvenient facts.
It’s a form of political punishment that Drake knows all too well.

In the weeks following the 9/11 attacks and some of his first few moments with the NSA, Drake, a strong and open critic of the program, stood witness to the fundamental development of Trailblazer. This new system stripped the old programs of their unique security features, which aimed to protect the Fourth Amendment rights of American citizens by “anonymizing” and encrypting data until a warrant was issued. Trailblazer also required billions of extra dollars in funding, but nevertheless, it was the colossal system the NSA was looking for — granting absolute and total power to the agency.

Drake grew “disillusioned, then indignant,” by the awful truth that his own government was “committing high crimes and misdemeanors,” essentially “unchaining itself from the very constitution it had taken an oath to uphold.” Drake started to make his concerns known through sanctioned methods, by going to his superiors, filing complaints with the inspector general and even testifying in various courts and in front Congress.

However, Drake’s supervisors were not only dismissive to him, but fully complacent in the agency’s illegalities and prepared to fight against anyone who threatened to dismantle and what was being constructed as the basis for today’s multibillion dollar system of national security and surveillance.

“[There were] extraordinary costs that I paid within the system before I even went to the press. I was severely retaliated against since the early beginning.” Drake said.“There are enormously vested forces that do not want the status quo disturbed.”

Rather than finding support, Drake was met with retaliation, he said, in the form of verbal abuse, threats, eventual job termination, as well as a string of court trials, house raids and investigations. Furthermore, he was painted out to be an traitor and enemy of the state. Essentially, the NSA criminalized Drake and his disclosure of the NSA’s programs, which in and of themselves, were criminal.

Although Drake was eventually cleared of all charges, his reputation was already destroyed, being painted as a “traitor” of the United States.

“I had no career,” Drake said. “I was indicted before the court declared so. No other attorney would come to my defense. I had run out of money. I was bankrupt, broken, and blacklisted. Anybody that knew me in terms of my personal life, including family, shunned me.”

Jesselyn Radack, a former ethics attorney at the Department of Justice and now the legal adviser to both Drake and Edward Snowden, faced a similar reprisal when she disclosed in 2002 that there was what she believed to be an ethics violation during the interrogation of John Walker Lindh. Lindh is a United States citizen who joined the Taliban and was captured during the invasion of Afghanistan. Radack said to the GAP conference attendees that her decision to go to the media had numerous implications. Radack was referred to the State Bar Association, temporarily sidelining her legal career. She was also placed on the “No-Fly-List,” which is essentially created to bar individuals who pose a threat to intelligence reporting from flying into and out of the United States.

“I failed to realize that by turning over emails — unclassified emails — over to the media that I have unleashed the full force of the entire executive branch,” Radack said. “And if you think that’s an exaggeration, I would have you consider the fact that I was subsequently put under one of the first federal criminal leak investigations.”