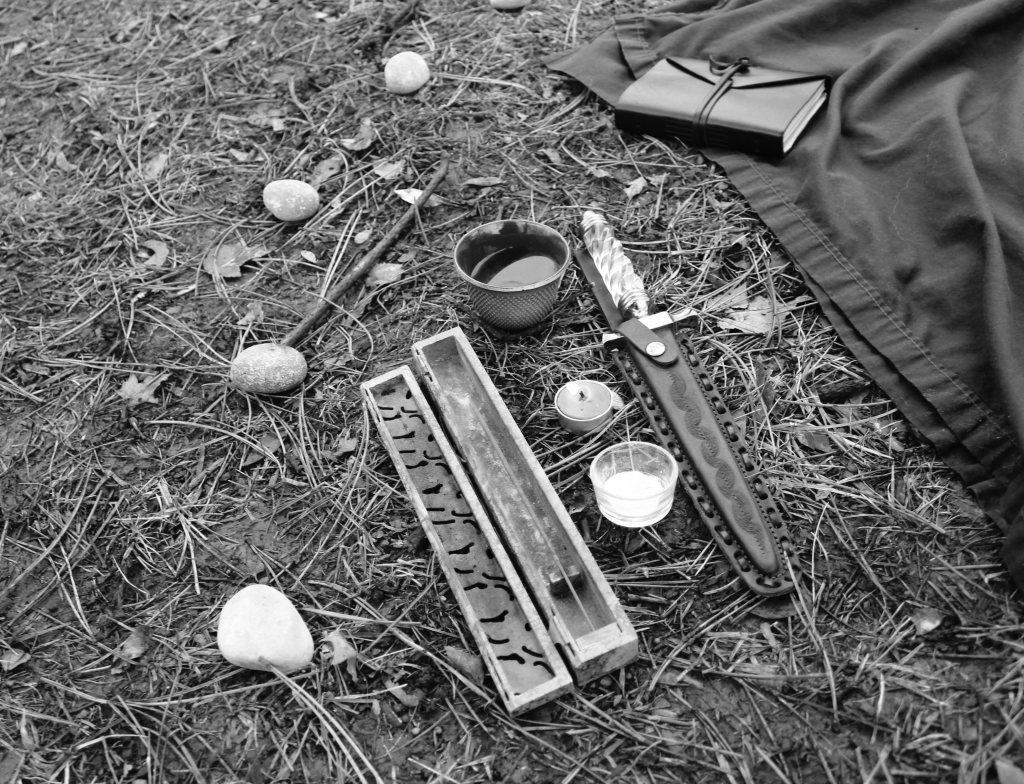 The ramifications of Wicca’s bad reputation.

“Anything outside of Christianity is an abomination.”

These were the words my high school science teacher said in front of the whole class, and four years later I still remember the look on her face as she said them. She was looking right at me with a stony, cold gaze. When I looked to my classmates for support, they all pretended to be absorbed with work.

“You’re wrong,” I said, as I walked out of the room on the verge of tears. An adult figure I had once held so much respect for had just called me an abomination in front of my friends and peers.

While I had witnessed it before, that was the first time I experienced religious discrimination personally. Since I was a child, I’ve never been able to understand the animosity between different religions. I think at the core all religions have the same goal: to guide us through life and to help us live it in the most fulfilling way possible. Religion helps put meaning and context to all parts of our existence: the physical, the mental, and the spiritual. Unfortunately, the religion that helps me feel whole is perhaps one of the most misunderstood.
Misconceptions of Wicca

Admit it; when you think of a witch, you envision a haggard old woman riding a broom with a warty nose, a pointy hat and a black cloak. Those of us who practice Wicca are called witches, including men, and I believe it’s safe to say that very few of us fit the previous description.

Similar stereotypes arise with the use of magic in Wiccan practice. We do not say magical words like Harry Potter, nor do we attempt to turn anyone into frogs. Wiccan magic is the practice of feeling the natural energies around you and within you, and then bending or guiding those energies to bring a desired outcome into motion. To help someone find love, a witch might make a pouch of herbs that are associated with romance, and therefore have romantic energies. The pouch is then charged with the witch’s energy and the energies of the elements in a ritual, all while envisioning the desired outcome. Charms and trinkets like this are stowed away in pockets or tucked into pillowcases as they work their magic.

Despite the harmless — and often helpful — nature of such magical practices, I often have to address the idea that witches take part in Devil-worshipping and demon summoning. The Devil and the idea of Hell are Christian constructs; therefore it would be nonsensical for someone who isn’t Christian to acknowledge these concepts. These assumptions make even less sense when considering the peaceful nature of Wicca. Wiccan practice focuses on the balance of light and dark energies, recognizing that both are important to the functioning of nature. Similar to Karma, Wiccans recognize the threefold rule: whatever you do unto others will be returned to you threefold, whether these deeds be good or bad. So, even if a Wiccan were to summon demons to wreak havoc, their horrible deeds would eventually come back to them with more force. As a Wiccan, I strive to use positive light energy in my practices to reduce the negativity and stress in my life and the lives of others. Sophomore Olivia Powers said she uses her practices similarly, and they help her feel at peace with herself.

When Powers first became Wiccan, her mother cautioned her against becoming involved with a cult. Pagan religions are often falsely associated with cult-life, which gives the faith a less-than desirable reputation. The reality is, most witches are solitary in their practice, largely because it is difficult to find other Wiccans. However, when witches do gather together, the group is called a coven. Coven meetings are no more a cause for alarm than a Sunday church mass.
What it means to be Wiccan

When I was young, my aunt introduced me to Christianity. She enrolled me in Sunday school and I attended church with her a few times. When I stayed for dinner at her house, she would sometimes ask me to say grace. I didn’t know exactly what that meant, but I knew I was supposed to list things I was thankful for. After my brief brush with Christianity as a child, I became Atheist. Nature had always been a huge part of my life; I was exploring the outdoors and climbing trees not long after learning how to walk. When my dad told me about Wicca in my early teens ¬¬–– he’d been practicing all these years without my knowledge –– I was enthralled with the idea of a nature-based religion. Although I was Atheist, a part of me desired to have a belief system that fit me better than Christianity and gave me balance. It didn’t take much convincing for me to become Wiccan. 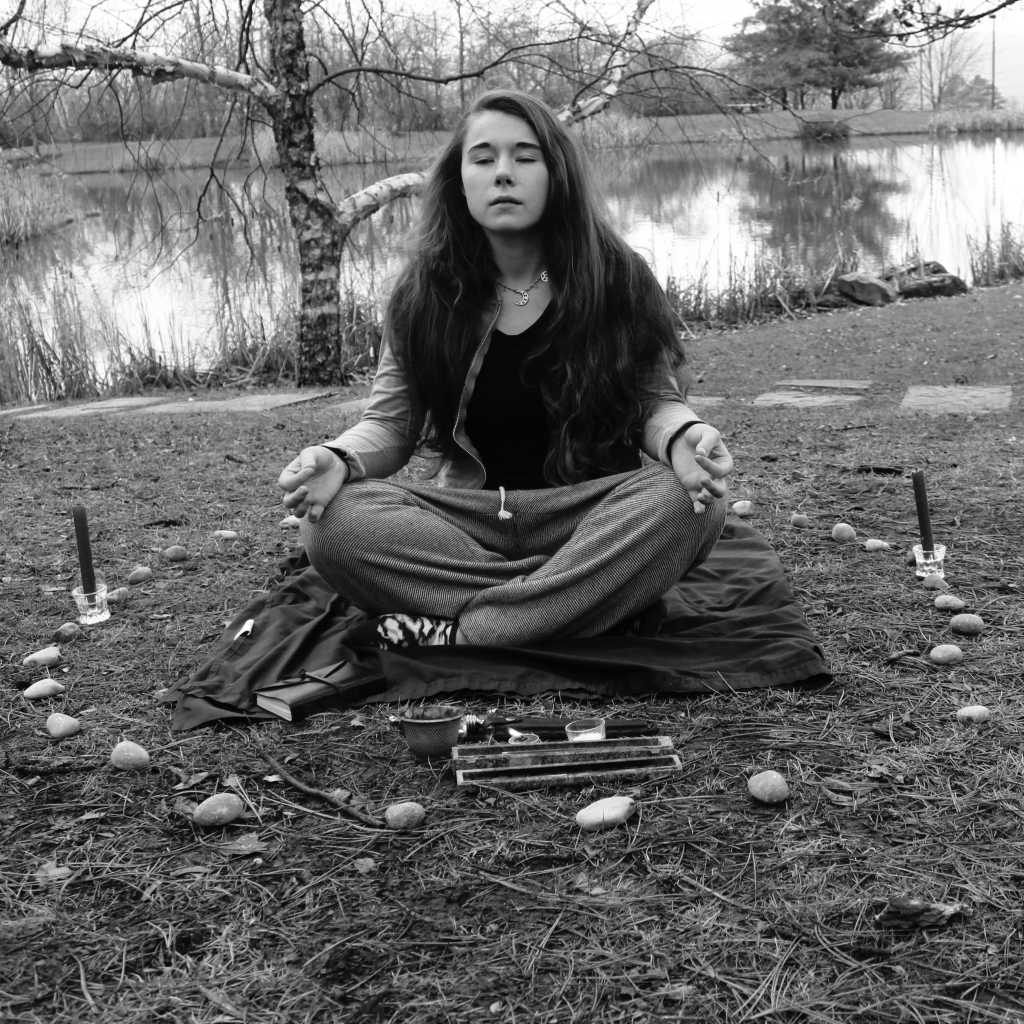 Powers said she converted after questioning and re-evaluating her Catholic upbringing. “I was about 16 and it was Christmas time and all the religious Christian stuff was happening, and for the first time in a while I said ‘you know, I’ve really never been comfortable with this stuff, but why?’” Powers said. “So I started questioning myself; do I really want to believe in a higher power? If I do, do I really want it to be the Catholic belief that my parents raised me up into? I realized that no, I didn’t like that idea.”

However, Powers still liked the idea of believing in a higher entity. She began to research other religions, and eventually she came across neo-paganism. At first, she thought the idea of magic was silly, but as she looked into it further she found that the religion as a whole suited her and her moral values.

“The more I read about it the more it just seemed logical to me. I’m a scientific person and I enjoy logic,” Powers said. “So, I started exploring it and … I started trying to perform rituals. When I was doing Wiccan things it felt good [and] right; it helped me stay calm and de-stress.”

Becoming Wiccan had a similar affect on me. My favorite aspect of Wicca is the deep connection with nature and the interaction with the four elements. When I am meditating or working with energies in ritualized settings, I feel at peace and aware of myself in a way that I’m not in my everyday life. In a fast-paced world, practicing Wicca allows me to slow down and be reminded of how I am connected with the universe. I am happiest when I pursue my religious studies either outside, at night with the energy of the moon, or both. It’s amazing how when I stop and take a moment to breathe, I can feel the energy of the Goddess — who is, essentially, Mother Nature — all around me.

Wicca can be personalized to each individual worshipper. Wiccans do not have a uniting text like The Bible or any rules; even the threefold rule is just a suggestion. There are neo-pagans who combine Paganism and Christianity to forge a combination that feels right to them. For me, I know I don’t need to practice rituals regularly to be a “good Wiccan.” Just going hiking and interacting with nature is a spiritual experience for me.

I hope that as neo-paganism continues to grow within the United States, the general public will become more understanding of Wicca, as well as all non-Christian religions in general. The concept of Wicca is often alien to people in a society where Christianity and Atheism are the norms, and we tend to reject what we don’t know. With this in mind, I think there’s more Ithaca College could do to accommodate its neo-pagan students; Powers and I both struggle to find an appropriate worship space on campus. Just as God brings comfort to Christians, the Wiccan deities help Powers and I to relax and understand ourselves. Our way of practice deserves the same religious accommodations and understanding that Christianity does.

“I do have trouble viewing myself in a positive aspect,” Powers said. “My faith just helps me remind myself that I’m not by myself, that the God and Goddess are by my side and that I don’t have to struggle through things alone even if there’s no one I can really talk to.”
___________________________________
Faith Meckley is a freshman journalism major who does not have a cauldon and broomstick, so stop asking. Email her at fmeckle1[at]ithaca.edu