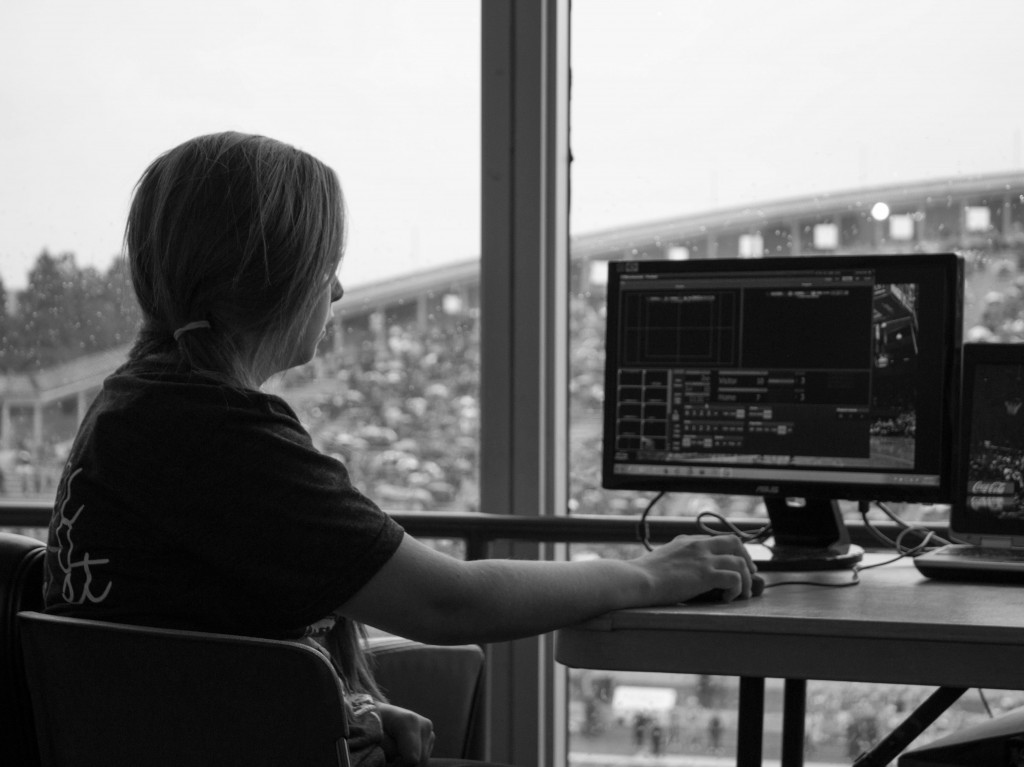 Cornell University premiered its online athletics channel on the new Ivy League Digital Network at the Cornell v. Bucknell homecoming football game on Saturday, Sept. 21 in the hopes of attracting a larger fan base.

The university announced the creation of its channel on the network in July along with the other seven Ivy League colleges. The league’s network is a collaboration with NeuLion, an online television service that provides both live and on-demand programming.

Marissa Lucey, a senior Cornell urban planning student, kept track of the scoreboard for the network’s online server during the first football game.
“I thought it would be cool because I really like sports,” Lucey said. “It gives you a knowledge of graphics and a lot of different components to work with.”
The network will allow people, especially alumni, to reconnect with Cornell said Jeremy Hartigan, director of university athletic communications.
“We hope that it will create even greater affinity [for Cornell from alumni] because it will make it easier to be able to follow their favorite sports teams, to learn more about the student athletes and the coaches, the stories of athletics, the traditions of athletics,” Hartigan said. “There is really no downside to what we are going to be doing.”

All Cornell athletics will be behind a pay wall for right now, Hartigan said. A day pass is $9.95, a month’s pass is $10.95, a four-month pass is $34.95 and a yearlong pass is $89.95. This network will increase the alumni audience for all university sports, especially Big Red football, said John Lukach, director of multimedia, productions and web communications for the university’s department of athletics.
“I definitely think it is going to pull this heavy alumni audience–they want to watch the football games,” Lukach said. “Either they live far away or they can’t make it to the games and they want to watch it.”

Doug Pratt ‘84, who serves on the Cornell Football Association Board of Directors, said he plans to buy a subscription this week.
“People that don’t get a chance to go get back from games can get plugged in from wherever they are,” Pratt said. “Cornell grads are all over the world and they still have an interest in sports teams and what is going on.”

Hartigan said the department of athletic communications hopes to eliminate the pay wall in the future.
“We’d like to make it like a television network on the Internet,” Hartigan said. “[We want] to offer these games live [for] no charge to get as many eyeballs on the game as possible because we want to showcase our athletes and our coaches and our facilities, and our great tradition of the Ivy League.”

Press conferences and interviews with athletes and coaches will be available to view on the new network for free, Hartigan said.
So far, only a few hundred people have purchased subscriptions to Cornell’s channel on the network, but the university expects more purchases in the upcoming weeks.
____________________________________
Meagan McGinnes and Alyssa Frey are senior journalism majors who kind of know sports now. Email them at mmcginn1[at]ithaca.edu and afrey2[at]ithaca.edu.