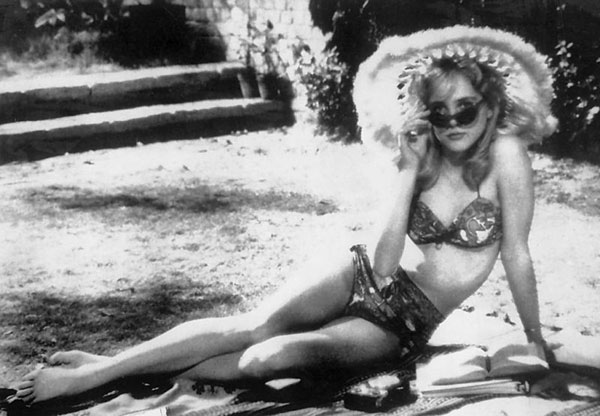 You can always count on a murderer for a fancy prose style.
-Vladimir Nabokov, Lolita (1955)

How did they ever make a film of Lolita, Vladimir Nabokov’s controversial and quintessential novel of madness and bizarre obsession? The frank answer to that question is, ‘With significant compromise.’

One would think that there would be none more fitting to adapt Nabokov’s bewitching and darkly comedic story of a narcissistic writer and professor Humbert Humbert and his abduction of his titular “nymphet”—the seemingly deific jezebels that tempt Humbert in their early bloom of adolescence and which are his premier sexual preoccupation—than Nabokov himself.

Apparently, however, Nabokov would not agree. Up-and-coming (and upstart) director Stanley Kubrick and producer James B. Harris were faced with the task of paring Nabokov’s sneeringly long script down not only to appropriate length (Nabokov’s original draft apparently having been several hundred pages long), but also to satisfy the Catholic Legion of Decency and the Hays Production Code.

The result answers the question posed in the cheeky—and thoroughly misleading—advertisements for what finally became Kubrick’s film in a very frank way. Lolita (1962) is mostly remembered as a well-shot film that became the necessary compromise that finally pushed him to pursue even more radical and audacious subject matter even more independent of Hollywood overseers.

It would appear that, most problematically, the ‘idea’ of Kubrick’s film—that webs of bourgeois pretense and artifice disguise a nightmarish cycle of symbolic incest and culturally condoned exploitation of the young—seems to have been totally subsumed in the iconography of its ‘and Introducing…’ starlet Sue Lyon. (She, notoriously, was barred from attending the premier of the film because she was only fifteen.)

Numerous factors seem consigned to suspend the discussion of the place of Lolita in Kubrick’s oeuvre and label it a kind of ‘noble failure’ akin to Sidney Poitier and Katharine Houghton never kissing onscreen in Guess Who’s Coming to Dinner (Stanley Kramer, 1967).

Then again, this idea of Kubrick being betrayed by his own formalistic precision would revisit him years later with A Clockwork Orange (1971), another controversial adaptation that was then implicated in a string of so-called copycat crimes.

Indeed, upon closer inspection, Lolita seems to presage Kubrick’s continual preoccupation with cinema as the space of the purely subjective, but in which the camera is the endowed eye for perceiving this totalizing subjectivity from every angle.

Perhaps Lolita does not have the brutal explicitness of Alex crushing a woman’s skull with a giant marble phallus, or Jack threatening to bash Wendy’s skull in with a baseball bat, but there’s so much magical brilliance in the decision to render the entirety of Lolita’s home as a set, the walls of which Kubrick’s lens can easily pass, as if we are peering deep into the doll house of Humbert’s own imagination.

Directors from David Fincher to Gaspar Noe to Mary Harron continue to admire and emulate Kubrick in their own work because of his distinct ability to wed philosophy and ethics to the image without pandering exposition. If this could be said to be true anywhere, it could certainly be said of Lolita.

It’s apt to bring up Harron again, because her own adaptation of a similarly lurid and grotesquely funny novel American Psycho (2000) also discards much of the book’s most explicit content in favor of its impressionistic rendering in the protagonist killer’s datebook as horrid doodles. In doing this, Harron could convey the monstrosity of her character and what he represented without fully capitulating to his insatiable need to objectify and debase the female form.

Ultimately, perhaps it is better that one never sees, and is only actually ambiguously hinted at, Humbert’s rape of Lolita, because to do so might thoroughly entrap her in Kubrick’s similarly artificial and commodity-driven world.

Strangely enough, the bizarre sanitation of Nabokov’s novel to screen—a process that inevitably becomes self-referential in the dialog of the film itself, with constant sarcastic allusions to Hollywood—almost allows its nymphet to lash out against, escape, and destabilize Humbert’s delusions. This would also explain Kubrick’s sparing use of narration that in Nabokov’s book thoroughly entrenched the reader in Humbert’s mad thoughts, but onscreen is literally reduced to the lewd diary where Humbert catalogues his incriminating perversions.

Much of this credit can go to the decision to raise the character’s age from twelve to fourteen, and to cast the Dead Poets Society-looking James Mason as our unreliable narrator.

It can be sad to see Lyon’s visage—sunbathing on her back lawn, pulling down her sunglasses to see Humbert Humbert for the first time properly—so easily reproduced as its own commoditized objectification, but the character in Kubrick’s film is no reduction.

As simplistic and threadbare as Humbert’s desperate narcissism and perversion are, so Lolita proves to be infinitely complicated, representing both Humbert’s victim and a clever mistress who can maneuver his madness deftly.

Their relationship even begins under bizarrely sadomasochistic circumstances. Taking to a hotel as he takes Lolita on the lam after the death of her mother and his second wife (the wonderfully mad in her own right Shelley Winters), Humbert is forced to take a single room and sleep in a collapsed cot at the foot of the bed where Lolita slumbers.

In the morning, Lolita reveals to him how she lost her virginity, and Kubrick fades to black, implying that they have had sex. Mason proves the perfect bizarro paternalistic figure to race to maintain the illusion of his own paradise.

As compromised as it may be, there’s an interesting level of ambiguity underscoring Kubrick’s film, in which the subject of satiric derision is not just its madman’s pathology, but also the broader paradigms of feminine dependence on strict patriarchs that disguise it.

The script and score allude to rock ‘n’ roll and the changing value systems of the white educated middle class, but cultural ideals are still, Kubrick seems to be suggesting, locked in the Hollywood doll house.

Thus, Lolita subverts the paranoid fear of youth in rebellion expressed in contemporary films that frequently acknowledged neglect in juvenile delinquency, but virtually never outright emotional and physical abuse. (Kubrick would continue this subtle subversion of ‘youth in rebellion’ paranoia by adapting the story of a teenage rapist who loves classical orchestra.)

Kubrick’s film turns the consequences of its compromises in upon themselves to create a sincerely twisted psychodrama. This also explains Kubrick’s only sparing use of Humbert’s internal monologue. There’s just enough to give Mason the room to betray his Atticus Finch-exterior, taking on the detached self-absorption echoing Robert Hamer’s Kind Hearts and Coronets (1949).

Ultimately, Lolita is not like Hitchcock’s Psycho (1960), where Norman Bates’s psychotic gaze trains the audience for catharsis in Marion Crane’s objectification and destruction. Kubrick focuses on Humbert as a wretch festering in the shadowy tomb of his perversions, obsessions, and paranoia.

The Big Bad Wolf learns James Thurber’s moral to 1940’s “The Little Girl and the Wolf”: “It is not so easy to fool little girls nowadays as it used to be.”