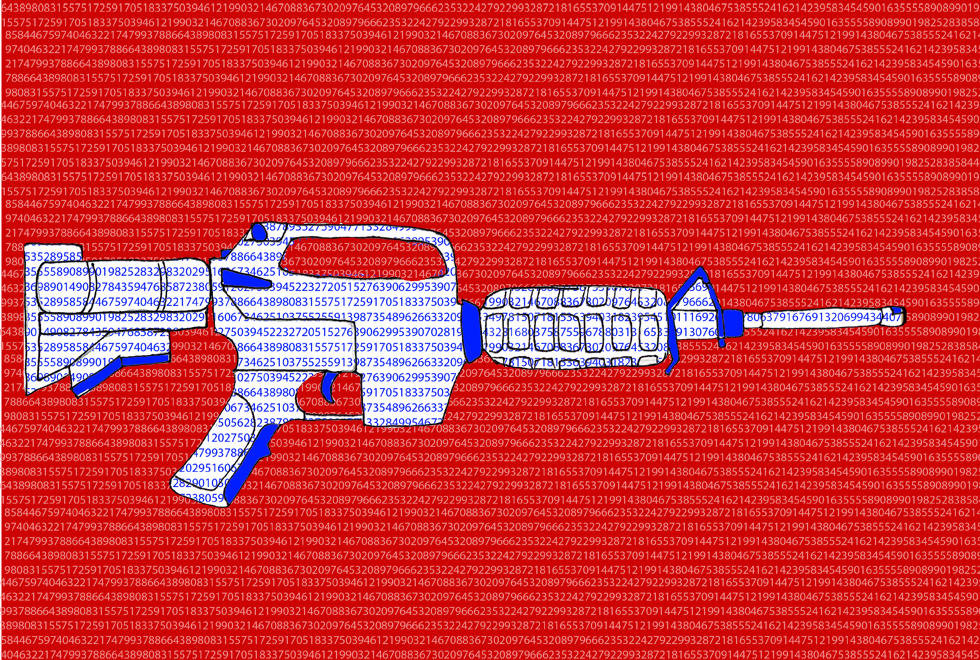 Michael Keegan’s firearms business has seen a massive increase in patronage since mid-January of this year. Keegan’ store, Mountaintop Firearms and Gunsmithing, which opened five years ago in Spencer, N.Y. has seen its business increase threefold and its inventory of firearms sell out completely. However, Keegan said he does not plan to restock the store in the immediate future — not until state legislature makes up its mind on recent gun laws.

With the passing of the NY SAFE Act on Jan. 15, several new restrictions and policies have been pressed on gun ownership and sales that have been controversial among both sides of the second amendment debate.

According to a survey by the Washington Post, for every 100 U.S. citizens, there are nearly 90 individual firearms owned – some 270 million guns amongst the nation’s population. The Post also reported that there are on average three firearm-caused homicides per 100,000 people in the U.S.

In recent months, the conversation on gun ownership has been brought back into the national spotlight after a number of violent incidents. On July 20 of last year, 12 people were killed and 58 injured in a mass shooting at a Century movie theater in Aurora, Col. On Dec.14, Adam Lanza shot and killed 20 children and six staff members at Sandy Hook Elementary School in Newtown, Conn.

These shootings, as well as several others, have reignited the debate on the extent of Second Amendment protections, the factor of mental health and whether to respond legislatively to the incidents.

New York was the first state to generate a legislative response to recent violence. The NY SAFE Act grows on previous firearm restrictions by expanding on the definition of “assault weapons.” The law reduces the permissible size of gun magazines from ten rounds to seven and requires gun owners to recertify their permits every five years. It also requires universal background checks. The act creates a system for mental health professionals to crosscheck patient information with the gun registration database in an attempt to curb firearms use by mentally ill patients.

Assault weapons were first banned in N.Y. in 1994, with most state policies following the Federal Assault Weapons Ban pushed into law that year. The AWB, a subsection of the Violent Crime Control and Law Enforcement Act, defined assault weapons as semi-automatic firearms that possess features akin to fully-automatic assault rifles. Two or more features such as folding/telescoping stocks, flash suppressors, bayonet mounts, and others, as well as compatibility with detachable magazines, lended to the designation of “assault weapon.”

Under NY SAFE, firearms with one military-style feature and detachable magazines are considered assault weapons and therefore banned. One must not confuse “assault rifles,” standard issue for modern armies, and “assault weapons,” whose definition is legal in basis. However, the term “assault weapons” is controversial because of claims that the features banned by NY SAFE have been called cosmetic by gun rights advocates. One weapon, the AR-15 rifle, comes in both consumer and military-grade models. Adam Lanza, who committed the murders at Newtown, was reported to have used a Bushmaster XM15-E2s, a variant of the AR-15. The gun’s high magazine capacity, as well as the resemblance in appearance and features to its military-grade relative, the M16, has put this specific model in the middle of the recent debate.

NY SAFE also requires therapists, who believe their mental health patients pose a credible threat of violence, report to a mental health director, who could potentially report the patient to the Department of Criminal Justice. Law enforcement officials are allowed to preemptively seize firearms if they have probable cause to believe the owner may be mentally unstable. These provisions arose from both the cases of Lanza, who showed signs of autism, and James Eagan Holmes, the shooter in Aurora, Col., who his attorneys claimed was a “psychiatric patient.”

Since the act’s passing last month, voters and local governments within the state have been quick to denounce it. Most recently, Oswego county’s Government Courts and Consumer Affairs committee unanimously passed a resolution to call for NY SAFE’s repeal. Nearly two dozen counties, including Ontario, Jefferson, and Niagara, are among those considering similar resolutions. To make matters worse, a recent poll by Quinnipiac University showed N.Y. Governor Andrew Cuomo’s approval rating dropped 15 percent after the passing of the act. Thirty-four percent of respondents said the act creates too much restriction in gun ownership.

Cuomo said on Jan. 16, when signing the act into the law, that it would combat gun violence through common sense.

“When society confronts serious issues, it is the function of government to do something,” Cuomo said. “The NY SAFE Act will now give New York State the toughest, strongest protections against gun violence in the nation.”

Local officials have not discussed the issue in immense detail since the Newtown shooting. Tom Reed, representative of the 22nd district, has not made a statement regarding gun legislation, although he has said in the past that the second amendment is a fundamental right. Richard Hanna, representative of the 21st district, voiced his concerns regarding mental health and gun control during a visit to Cazenovia high school in Madison County.

“It is the idea that the people committing these crimes are also maniacs,” Hanna said. “How do you keep guns out of the hands of people who shouldn’t have them or use them irresponsibly?”

On the national level, activism groups like the National Rifle Association have been vehement in their protests against these legislations. In an editorial published in USA Today, Wayne LaPierre, executive vice president of the NRA, complained that systems such as universal background checks would fail to stop criminals and the mentally ill from obtaining firearms.

“For the past 20 years, government has failed to include records even for those who have been judged mentally ill by a court,” LaPierre said. “Imagine the outcry over privacy rights! Those records will never be part of the ‘universe.’”

Keegan said that many of his customers believe these laws are against their constitutional rights.

“I don’t think I’ve met any customers who’ve come in that agree that they’ll register their firearms,” Keegan said. “They feel that its’ taken away their ability to protect their families. This is not only from avid gun people but also those that have guns exclusively for protection.”

The bans on certain features have caused some of the most uproar from gun owners and second amendment advocates, such as the magazine round limits to seven shots, down from 10 in New York. After Lanza used weapons with 30-round magazines in Newtown, legislators and anti-gun advocates quickly called for the new provision.

Since the passing of the NY SAFE act, however, sales of semiautomatic firearms such as the AR-15 and its variants has risen off the charts. According to the New York Times, stores are now charging double for the firearm — if it isn’t sold out.

The reasoning behind this rise in sales and interest in the weapons, Keegan said, is because these limitations under the new act don’t just limit what features guns are legally allowed to have — it rather makes certain lines of firearms entirely illegal. For example, the AR-15 and its variants, as sold in New York, only violate the new law due to their pistol grips. However, since all AR-15s are built with pistol grips, they can no longer be legally sold or owned in the state. Keegan said the semi-automatic AR-15 available to consumers couldn’t be compared to the fully-automatic, military-grade alternative.

“The civilian AR-15 is only a look-alike of the military AR-15. It’s a hunting weapon,” Keegan said. “You don’t need ten rounds in the woods. If you do, then you need to practice a lot more.”

Advocates have also taken issue with what affects the legislation could have on law enforcement officials. The standard-issue pistol used by police officers statewide, the Glock 37, uses magazines no smaller than 10 rounds. Although no changes have been made to the law yet to accommodate this problem, Cuomo’s spokesman Matthew Wing said the new act will not affect law enforcement.

“No police officer possessing [an] ammunition clip with more than seven bullets is in violation of the law or guilty of any crime, period,” Wing said.

The City of Ithaca had a number of initiatives to promote safer firearms usage, outside of recent events. On Jan. 5, the police department, in conjunction with the Tompkins County Sheriff’s department, hosted a long-planned program to allow people owning illegal or unsecured guns to surrender them without consequence. Nearly 150 individual firearms were collected. Gun rights protestors were present at the event, but local officials said they believed the buy back was a success.

“This program was designed to help get guns off the street, and this program did just that,” Ken Lansing, Tompkins County sheriff, said about the event.

In the middle of the debate is the definition of the Second Amendment, which states: “a well regulated militia, being necessary to the security of a free state, the right of the people to keep and bear arms shall not be infringed.” The limits of its applicability are up to constant personal and legal reinterpretation, and varying personal interpretations can even be seen on our very own campus and city.

“In terms of contemporary policy, I would take that to mean that the government has the power to regulate gun ownership in terms of restricting certain types of weapons in the realm of non-military use,” Gilhooley said.

Keegan does not agree with increased restriction. He said the only way to prevent violence is a combination of criminal law and Second Amendment protection so citizens may protect themselves.

“Guns don’t kill people. It’s the people using guns,” Keegan said. “We need to protect ourselves from these people with both legislation and personal protection.”

Pat Feeney is a junior journalism major who believes in the rights for bears to have arms…or something like that. Email him at pfeeney1[at]ithaca[dot]edu.