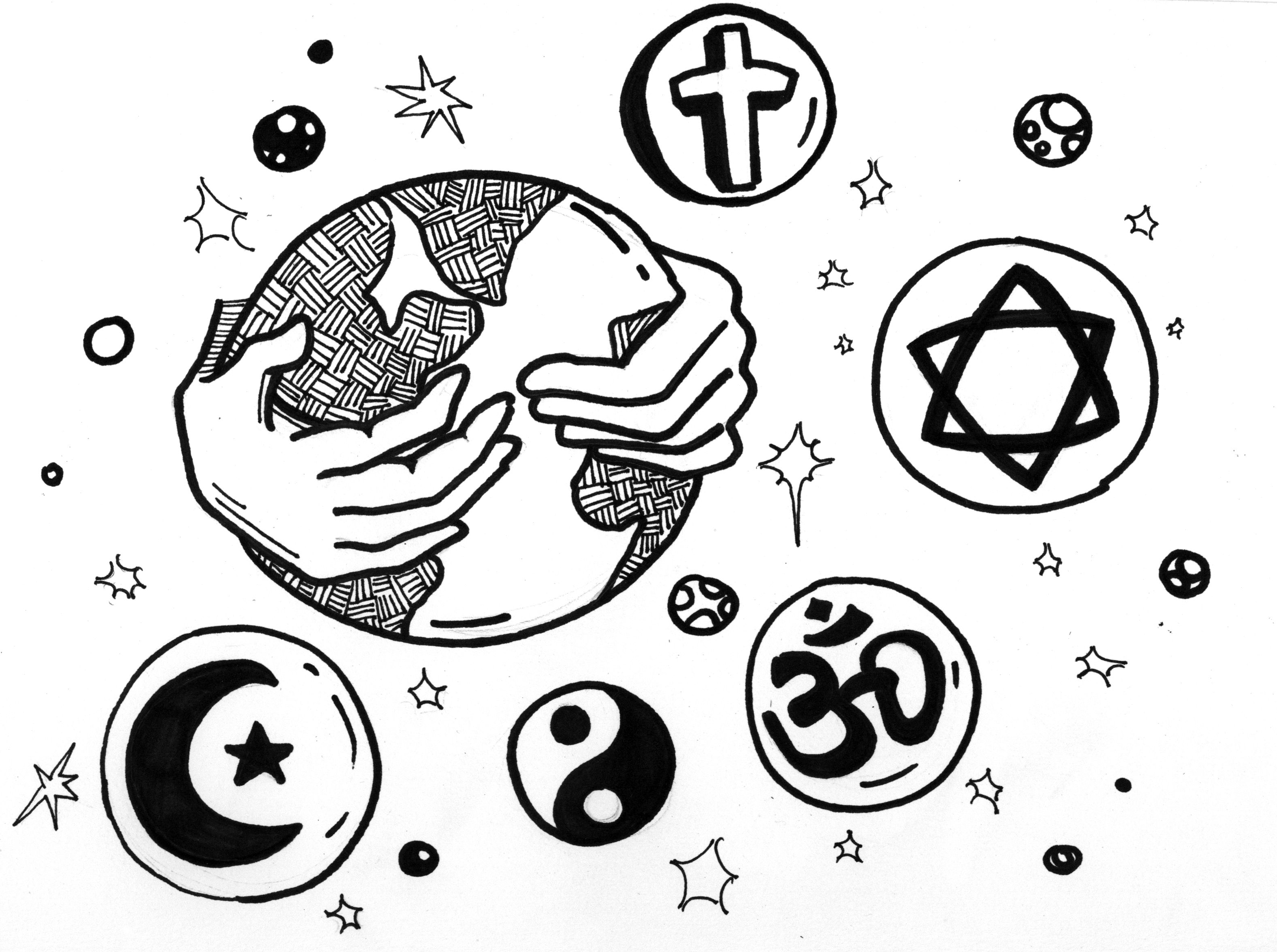 Religious perceptions of the heavens and beyond

The human race has been wondering about its origins for thousands of years, and a large majority of people worldwide turn to religion for the answer. Most religions look to the heavens, citing an Almighty who, in some cases literally and in some metaphorically, inhabits the stars.

While Judaism has concepts of an afterlife that are similar to the notion of Heaven and Hell, on the question of whether they are physical places, Rabbi Scott Glass of Ithaca’s Temple Beth-El said, “I’ve never been there, so I can’t tell you, and nobody has come back to report.”

The belief that Hell is a physical place began in ancient times, with evildoers being sent to rot in the underworld. In the 14th century, Dante Alighieri wrote of “Paradiso” as being in space, with the “Nine Realms of Heaven” encompassing most of the planets that were known then.

While space exploration has made some doubt the existence of Heaven and Hell, it has made others look at the possibility of extraterrestrial life with more seriousness.

“I have no reason to believe it’s not possible that there’s life on other planets, but to date I don’t see much proof,” Glass said. The Rabbi’s sentiments echo what most people, myself included, believe about “aliens.” And as for space exploration, which has captivated Americans for decades, “God blessed us with intelligence, then we should be using it.”

The Quran, the primary religious text of Islam, makes several references to Heaven being a place with a gate, a place that you can enter. In the Quran, Hell is described as being fueled by “men and stones.”

Imam Yaser Akhooly, of the Islamic Society of Central New York in Syracuse, said that Paradise and Hellfire “are existing somewhere that God knows.”

Akhooly said many recent scientific discoveries have only made his belief in Islam that much more steadfast.

“All these [scientific] notions have actually proved … the intelligence of creation,” he said just before recounting an anecdote about a scientist who converted to Islam because he was so overwhelmed by its scientific accuracy.

While both the Imam and the Rabbi said that neither holy book makes direct references to aliens, angels and other non-human beings are mentioned almost constantly. Some believe that the gods of ancient civilizations were actually aliens, which would explain why they were described as being half-animal, giant, or otherwise “otherworldly.” Askhooly noted that according to the Quran, “In the very vastness of the universe…there are things that He [God] created that you don’t know.”

A June report from Britain’s Daily Mail indicates that over one third of Americans believe in aliens. Even in Buddhism, worlds away from Judaism and Islam in most aspects, there is talk of Heavenly Realms and “cosmic” beings. Chris Accardo, practicing Vajrayana Buddhist and president of the Buddhist community at IC, attests that while most Buddhists believe that the Heavenly Realm and Hell are real, they exist on another plane of the universe. “They’re not places you can walk to,” Accardo said. Half-joking, he added, “If there are aliens, they’d probably be something like Buddhists.”

But there is kernel of truth behind Accardo’s remark. In Buddhism, there is the theory that dharma (the teachings of the original Buddha) are actually universal phenomenon, not just an Earthbound one. There is even a whole branch of Buddhist study about the shape and evolution of the universe, even though Buddha refused to answer several questions the existence of the world in space and time.

Since there is no single, omnipotent deity in the Buddhist faith, the origin of the universe still remains shrouded in mystery to its followers. The current Dalai Lama is fascinated by cosmology and physics, and has advocated for the collaboration of science and religion for 25 years. Accardo said that all Buddhists share a universal belief that time and the universe is cyclical. He rather ominously added that Buddhists believe the universe seems to be at the end of a cycle now.

So, whether you believe the universe is cyclical, ever-expanding with no end and beginning, or think that the baffling grandness of it all only proves the intelligence behind it, we may never know with any degree of certainty. While we may feel reassurance from our spiritual leaders, it stands to reason that the inherent sense of human curiosity about our existence will remain.