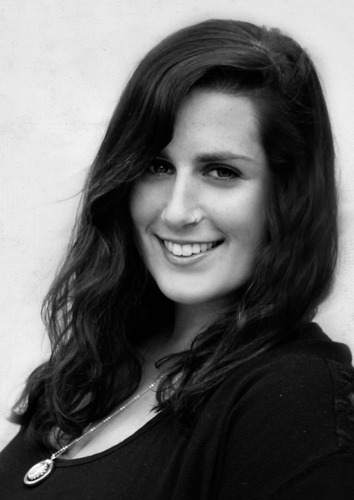 I was initially attracted to Ithaca College because of the Park Scholar Program; it had the potential to change my entire financial future, and I connected with the program’s initiative “to use the power of mass communication to make a positive impact on the world.” I didn’t make the cut as a freshman, and when I was chosen as a finalist for the Rising Junior award last spring, I stumbled through the interview and wasn’t shocked when I received a polite rejection letter.

This piece is not an attack on the Park Scholar Program drenched in my own sour grapes — but I’d be lying if I said I wasn’t disappointed. But now, I have an opportunity to see the program from another perspective and voice two years of frustration from my peers and faculty alike.

The Park Scholar Program offers approximately 14 incoming freshman and three to four rising juniors in the Park School of Communications a full ride.  Fully endowed by the Park Foundation, the scholarship is completely merit-based.  Scholars receive room, board, a computer stipend and access to distinguished speakers all on media philanthropist, Roy H. Park’s tab. Granted, these students are committed to “engaging critically, acting globally and performing ethically.” They also maintain a 3.5 GPA and are often campus leaders.

The program is elusive to many non-Park students, and many Park Scholars seem to hide all signs of affiliation. I am not criticizing them for remaining humble about their $200,000 scholarships. I actually applaud them.  But I think their silence symbolizes an even greater issue.

If I had received the award last spring, I, too, would have remained silent; and I wouldn’t be able to look equally high achieving students in the eye and know that someone had decided I was “worth” a small fortune more. Investing so much on so few does not seem pragmatic, and quite frankly, I believe that the current model for the Park Scholar Program no longer fits within the college’s philosophical framework.

I’ve been a communication student long enough to know that in some part, these large endowments are part of the college’s marketing effort. Generous scholarships attract the best students. When a school is deemed prestigious, then enrollment increases, bills are paid and everyone is happy. However, there is still a way to sustain this effective marketing effort, strengthen the impact of the mission statement and give more equally deserving students financial support.

I strongly believe that a full ride is no longer a sustainable investment. Especially for the Park Scholar Program, extending the award to more students would broaden the impact of their mission.  Even if two students shared the sum of each scholar’s $50,000 yearly award, there would be approximately seven more students whose lives would be dramatically affected. The program may lose the prestige of offering an exclusive “full ride,” but with more scholars doing more service and affecting more communities, the Park Scholar mission would magnify.

A larger scholar class would reach more communities, while making more of a global impact. With an annual $25,000 scholarship, scholars would have the means to invest in others. This viewpoint may seem too utilitarian for some, but the idea is in step with not only the individual program, but ideologies supported by the college. In their community outreach mission statement, IC encourages students to “share the responsibilities of citizenship and service in the global community.” With a new model in which more Park Scholars receive less, the program could not only expand volunteer efforts, but stand more firmly by the college’ s mission and even support IC 20/20’s emphasis on civic engagement.

I felt that it was time to talk, but I don’t blame the Park Scholar students for their silence. The program has wonderful intentions to support civically-minded, student media makers; but I challenge the Park Scholar Program and the Park Foundation to restructure and reevaluate their current model in order to heighten their impact on students at IC and the communities that they are bound to affect.

I’m pretty sure Roy H. Park would applaud the effort.

Jennifer Barish is a junior CMD major who doesn’t like sour grapes, but does enjoy a glass of sweet wine. Email her at jbarish1[at]ithaca[dot]edu.