Fanciful innovations are the science and technology world 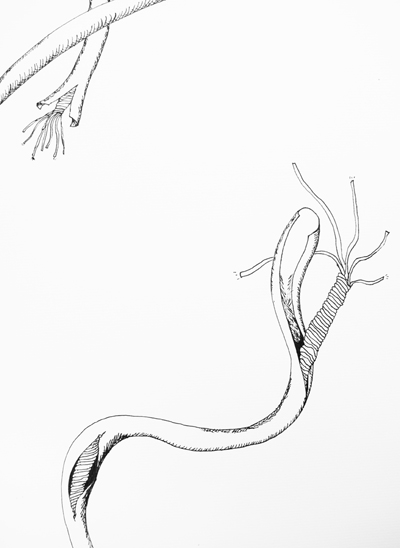 NASA recently discussed the probability of warp drive, Google is developing self-driving cars, and programs like SpaceX are commercializing space travel. Is science moving too fast for society? Can religion and science coexist in a technology-dependent society? Modern technology is similar to what the science fiction minds of the 1950s dreamt up and now what may come to fruition in the next couple decades sounds too impressive for a Hollywood movie.

There are numer ous projects currently in development that show promise of realizing sci-fi fantasy. SpaceX is in the business of commercial space transportation that claims to have designed a spacecraft that is the most advanced and ultimately plans to take a big part in space colonization, according to their website. In May, the company successfully sent a cargo capsule to the International Space Station — the first private company to do so. Another company interested in space travel, Planetary Resources Inc., is developing technology to mine asteroids. The company has a line of elite multi-billion dollar investors that notably includes filmmaker James Cameron.

Stacey Tearne, a consultant for Planetary Resources, explained the pursuit to mine asteroids in a Mother Jones article.

“These ‘space rocks’ contain a range of minerals, from water to platinum, mining will provide sustainable resources on Earth and will afford the availability to maintain a human presence in space,” Tearne said.

Back on earth, Google is tampering in other fields of science. In a secret lab hidden in California, Google is researching technologies that could make large impacts on modern life. Two projects announced to the public, Project Glass and the Google Driverless Car, have encouraged rumors of other developments by the search engine giant. Project Glass is an augmented reality head mount display on glasses that can do what a smart phone can. Other projects that Google X Labs may be pursuing include a space elevator and Artificial Intelligence.

The 2045 Initiative is a project run by Russian billionaire Dmitry Itskov that partnered with 30 leading Russian scientists to ultimately create a sense of immortality. The advancements listed on the 2045 project’s website include, “a robotic copy of a human body remotely controlled via BCI [brain computer interface], and an avatar in which a human brain is transplanted at the end of one’s life.”

The World Future Society through its magazine, The Futurist, takes predictions at what the world will one day showcase in forms of science and technology. First published in 1967 , The Futurist has accurately predicted some incredi ble feats of science recognizable today according to the deputy editor, Patrick Tucker.

“In the first issue there were a number of forecasts made by various people,” Tucker said. “Like the Internet, the timing of the moon landing, artificial hearts, smart phones and video communication.”

There’s reason to believe that if such incredible ideas like the Internet, video communication and artificial hearts were plausible to the scientific audience in the late 1960s, then what the current scientific community is predicting could very well happen too.

“I wouldn’t say it’s taking over what God does, I think what we have to do is see how better we can, as human beings, care for one another,” Martensen said. “Scientists are just pushing the boundaries of present knowledge to gain more knowledge.”

Martensen said it can be dangerous, citing nuclear fusion and fission and its destructive power as an example, but these developments have also made enormous improvements in the betterment of society with things like medical advancements, including x-rays and cancer treatment.

“I don’t know if that’s science or technology that’s suggesting ethics or morality; I think it’s just pushing the boundaries [of present knowledge],” he said. “It’s human beings who have to see where this can be used for the betterment of human beings and not for their destruction.”

Tucker said there is a correlation between an increase in scientific understanding and less religiosity of people today, but it’s not necessarily causation.

“I think that you are going to see a drop off in former religious preservation in the West,” Tucker said.

He said that he thought that the decrease in religiosity in the Middle East would be for the same reasons here in the US, a decrease in scientific ignorance. However, there may be increases in faith of the modern world as well.

“[There could be] an increase in religiosity in places like China where for a long time religious expression was prohibited at various levels,” Tucker said. “In the same way after the fall of the Berlin wall, you saw an increase [in] religiosity in Russia.”

Nick Ruck is a junior TVR major who wants to be a space miner, since astronauts are so 20th century. Email him at nruck1[at]ithaca.edu.