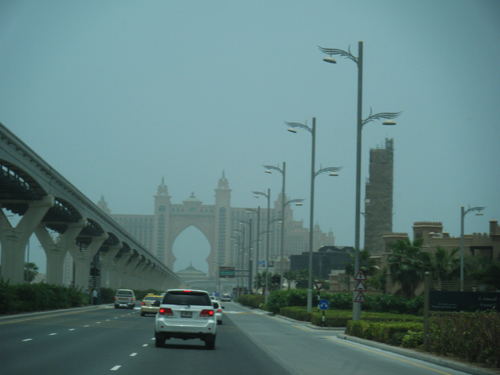 The Dubai International Airport has no walls in the terminals. In the crushing midday heat — more than 120 degrees Fahrenheit in the dry months — walls would be of no use. It is a practical measure, so this is not what makes Dubai unusual. What is strange is that, while standing with my back facing the night wind and sand dunes at 3 a.m. in the summer of 2008, I was staring at the counter of a Burger King, exactly like a thousand other Burger Kings I have seen. This is the feeling of Dubai; while civilization shines its fluorescent light in your face, there is always sand blowing at your ankles.

Saurabh Saraswat has lived in Dubai almost his entire life. He has seen it evolve from a small, riverside trade community into the large, industrial nation as we think of it today. He said Dubai has always had this city air that felt so out of place.

“Even after development and riches came to the area, the [urban] mindset did not change,” Saraswat said. He explained that Dubai had always been something of a melting pot, but he saw the influx of Western culture as the end to the way that cultures used to mix and combine.

“The ‘new’ Dubai post-development is not as much of a melting pot as it was before,” he said.

This is evident, walking through the Dubai Mall or the sprawling supermarkets. While American brands pop up inside these air-conditioned islands, as soon as you step outside there is a whole other world waiting. As Saraswat put it, “there are some central facets [of the culture] that should be respected … some things you just don’t do here.”

What we think of as the new and fancy Dubai exists alongside an older and more insular Dubai, one that is holding onto its identity tightly, even in the face of a massive influx of immigrants. This might seem like something people from from the United States “would see as an affront or violation of [their] independence,” but Saraswat viewed it as a small price to pay for what the government has done for him. And my, what it has done for him.

The UAE is governed by seven ruling families, each of which used to own their own Emirate individually, but which have now combined to function like heads of state. There has been enough intermarriage among the families that they are no longer recognizable individual units but are instead the singular ruling class of Dubai. When I asked Saraswat about foreign investment in Dubai, he said it was enormous “due to no taxation.” 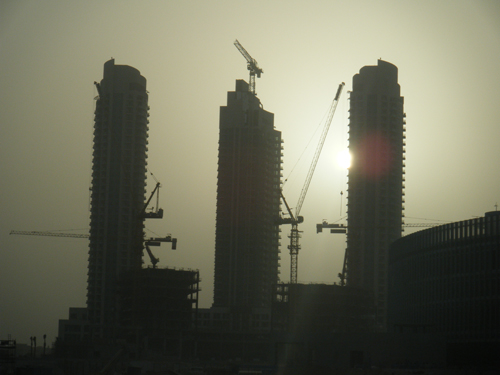 This left me awe-struck. I asked Saraswat how the “safest place [he] ever lived” could also not collect taxes. He replied that the government is run with oil money, handed down through the royal family.

Suddenly it became clear why he preferred not to talk at length about the government and politics of the region: Immigrants who move to Dubai are greeted by tax-free industry, the ability to start a multi-billion dollar hotel without worrying about the usual obligations to the government. Of course working people don’t want to say anything about Sheikh Mohammad’s lifelong rule. Saraswat himself works in the financial sector, and his father worked in a similar sector. But what of those people who cannot speak?

When asked about poverty Saraswat said that it existed but was obviously not a systemic problem. Of course, his view may be limited. A recent investigation by Johann Hair of The Independent into the living and working conditions of unskilled laborers in Dubai found that they are not adequately compensated for their time, nor do they work in safe conditions.

During my time there, the only sign of a lower class was that bottled water was incredibly cheap, roughly 30 cents for two liters. When I asked my father, who was working at an advertising firm in downtown Dubai, why, he said it was because the workers needed to be able to afford water. If it was any more expensive they would die of dehydration. While I don’t think that this disparity was invisible to Saraswat, he did not seem bothered by it.

“If the global economy causes belts to tighten … well then belts shall tighten here too,” he said.

For him it seemed to be another facet of all the changes to Dubai. With the increase in industry there had also been an increase in poverty — distressing but not unusually so.

Ysabel Mullarky is a freshman applied psychology major who is still picking sand from her Burger King. Email her at ymullar1[at]ithaca.edu.