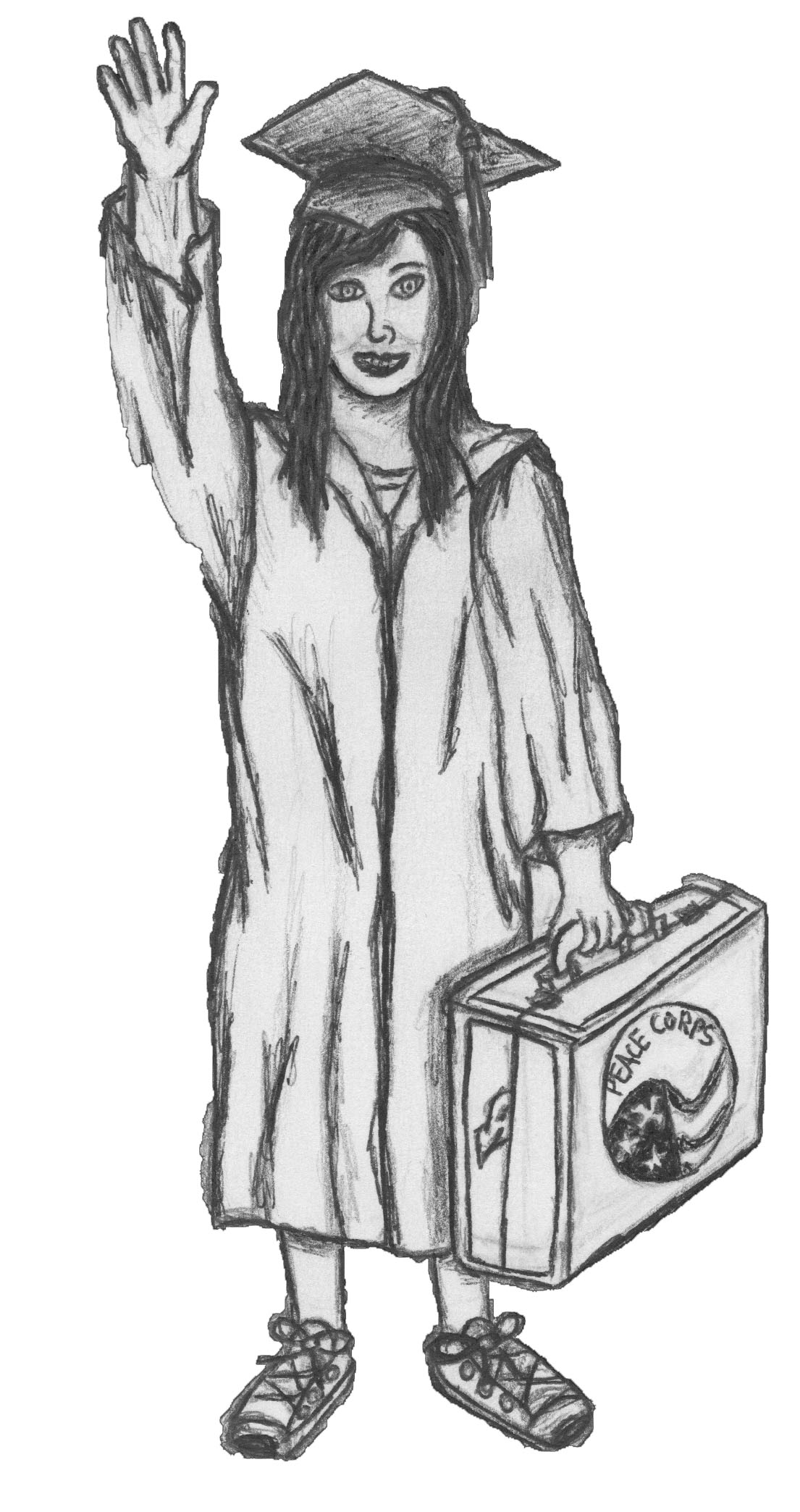 The desire to help others was ingrained into Ithaca College sophomore Elly Linares’s head as a child. Her dedication to supporting others is an instilled trait she shares with her mother, who volunteered in Belize in the ‘80s, and two older sisters who intend to apply to serve with Peace Corps. It comes as little surprise that Linares also intends to join the Corps.

Joining Peace Corps has become a trend for college graduates, and why not? It provides people with the opportunity to travel and gain job experience. Yet is the Corps the great charitable organization that it has been perceived as in the past?

With the current state of the job market, many graduates are applying to the Peace Corps because it provides them with the opportunity to defer and sometimes partially cancel their student loans while they’re participating in community service. Linares said this movement to join the Corps to avoid the student loans frustrates her.

“It’s really difficult to get a bid now. It’s turned into this really competitive organization,” said Linares. “Because of our current economic standing a lot of people are into it because of a two year contract with a job out of college.”

Now with graduates joining the Peace Corps with the primary goal of avoiding their student loans, it may have a negative impact on the Corp’s work. However, if more people are volunteering then there are more people working for a positive change. Still, Linares believes the volunteers should sign up because they care about helping people.

“I think the student generation is going to face some troubles with that because it’s ‘in’ to travel and it’s ‘in’ to help people now,” Linares said.

Peace Corps Recruiter, Joe Tamburello, said he is not worried about applicants joining for the wrong reasons because the 12-month application process weeds out unsuitable candidates.

“I don’t think my applicants, so far, are trying to dodge their loans,” Tamburello said. “It’s a pretty big commitment.”

Betsy Jenkins, a current volunteer in Vanatu in the South Pacific, said she decided to join after reading about a volunteer’s life changing experiences with the Corps.

“It is ridiculous to think that Peace Corps is a good way to postpone paying back loans. It’s hard. You have to be committed and involved in a new culture,” Jenkins said. “There is no such thing as going home at the end of a long work day.”

Work in the Corps can also be dangerous, making the service not something to join lightheartedly. At the end of December 2011, the Peace Corps’ Director, Aaron S. Williams announced the Corps was pulling out of Honduras and that it had made the decision not to send any more volunteers to El Salvador and Guatemala because of violence in those countries putting members at risk.

“The safety and security of all Peace Corps volunteers is the agency’s highest priority,” Williams said.

Initially, Peace Corps was established in 1961 after an experiment that John F. Kennedy initiated with students at the University of Michigan to help developing countries. The volunteers work in areas with AIDS, education, environmental preservation and most recently, business development and information technology issues in 139 countries. Kennedy’s goals were to help the citizens of interested countries meet their need for trained volunteers, to promote a better understanding of Americans to those being given aid and to promote a better understanding of other cultures on the part of Americans.

Ithaca College anthropology professor Paula Turkon said, while she feels it’s a good organization, anthropologically speaking, the Corps doesn’t practice the best aid providing methods. She raised the point of whether or not the citizens from other countries want the Corps’ help. She said the Corps is an American organization and stressed how it carries out U.S. values and goals.

“Identifying problems and identifying solutions, working with the people, rather than being given a kind of job that was determined by someone that’s not part of that specific group of people makes a big difference,” Turkon said.

She stresses the importance of working with the people rather than telling them what they need to do to “solve” their problems because acting ethnocentrically, or in a way that one’s own culture believes is “right,” can actually be detrimental.

“The best types of programs are those that both give and take,” Turkon said.

Many people go into the Corps for an experience, but Turkon believes they need to balance out their want of experience with openness to different cultures while they are there. Prospective volunteers, like Linares, should truly want to assist others.

“It’s like a magnet for me; I feel so drawn to this organization,” Linares said. “We were raised to do work like this, my mom has always been part of the nonprofit world. She always said she’d rather be paid in love than money. That’s how I feel now.”

TinaMarie Craven is a freshman journalism and politics double major who would rather be paid in homemade hummus and organic carrots than money. Email her at tcraven1[at]ithaca[dot]edu.