RAW FROM THE SAW – Film Review: The Shape of Water 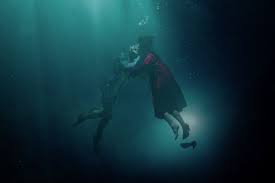 The Shape of Water follows the character Elisa Esposito, a mute middle-aged woman who works as a janitor for a research center. As the film is set within the early 1960s, she and her coworker endure a great deal of sexism, racism and overall disrespect because of their “lowly” position. The film addresses sexism within the workplace, which is still a very real problem within our society today. A warning to all — some characters within this film will make you want to walk out of the theater. However, this only increases your hope and support for Elisa’s happiness.

One could say that The Shape of Water actually follows in the path of del Toro’s signature style of filmmaking. Pan’s Labyrinth, del Toro’s previous film, is quite similar: both have a strange creature, a female lead and a historical setting. Del Toro attempts to portray the undying, forbidden love of a young woman and a misunderstood creature through the wonders of magical realism. Although the relationship between Elisa and the creature escalated rather quickly, it still comes across as raw and emotional. The audience can understand the unrelenting desire Elisa has within her to be loved and understood by someone.

Guillermo del Toro creates a world within The Shape of Water that leaves logic and reasoning far behind in the depths of the theater trash cans. You find yourself questioning what the “right” choices are in life and how impossible some of those choices are to make. This film causes your imagination to grow and your perspective to shift as the scenarios and situations play out.