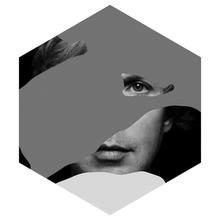 Remember Beck? That catchy 90s singer of “Loser,” which was an anthem for anyone who didn’t quite fit into the norm? Now, 23 years after the release of his most iconic song, his 13th album Colors explores the meaning of life and the benefit of appreciating the subtle moments along the ride. He creates bubbly electronic pop music that goes against the common conception of Beck, but that holds onto listeners with a sizzling funk. Colors is Beck’s first album since winning the Album of the Year Grammy for Morning Phases. The response to Beck’s win was overwhelmingly negative, due to the shocking snub of Beyonce’s self-titled album.

The title track kicks off the album in a mellow, upbeat manner, a vibe that Beck has mastered. Beck sings, “All the colors, see the colors, make the colors, feel the colors / tell me, do you feel alive?” “Seventh Heaven” follows it up, with an infectiously groovy tune. Consider this song your time machine to transport you to a sunnier musical era.

Have you ever wondered if Beck would respond to the press about his upset-Grammy win? I’m So Free might not be a direct dig at the ‘Beck haters’, but it does thumb its nose in that direction with the lyrics “Nobody’s going to keep me down. Gonna do, gonna do, gonna do what we want.”

The first single from the album, “Dear Life,” is possibly the best introspective, psychedelically-inclined song on the album (if not of the year). If you haven’t listened to it yet, go watch the music video on the largest screen you can find with the volume blasting, you’ll thank me. Sit back and enjoy as the tune reverberates in your bones and buries itself deep in your brain. You’ll be humming it for days.

“Dreams,” another single, was released way back in 2015, a much simpler time that many would like to return to. “Come on out of your dreams and wake up from your reverie / time is here, don’t go to sleep.” If the song was written this year, perhaps it would convey a different message, maybe even along the lines of going back into your dreams and escaping this nightmare.

“Up All Night” is an anthem for anyone in love who never wants to miss a moment with their person. We’ve all been there, forgoing sleep to spend time with our favorite somebody. “Square One” questions where we will wind up at the end of the world, all the meanwhile, “going down hard for the girl”. Love and meaning of life are prominent themes Beck merges in “Square One” and throughout the album. Even while life as we know it may be coming to an end, you should still look around you and take in the scenery and vivid colors blending and molting to create a larger image.

I recommend listening to this album in a place that is visually stimulating, whether it’s with feet dangling over a dock at a sun-kissed lake or gazing out of a window on a moving train as the leaves change. As much as you’ll feel inclined to close your eyes and let the music wash over you, Beck would want you to listen with eyes-wide open, because sometimes life is about watching where the journey takes you.