The Generation of Miscommunication

Why college boys are cryptic, or are they at all? An investigation

I call myself a “bystander to love” because I watch it unravel around me in so many different forms, almost like watching a game behind a glass wall played by an exclusive team that I’m not a part of. Not in a weird way, though. Sometimes I feel as though my stares wander a little too long when I see a couple canoodling in the hallway, but I try my best to make sure this doesn’t happen too often. A formal apology to any couple I’ve ever looked at too long and made uncomfortable.

I’ve seen the successes and the failures of my friends’ relationships and of the brief “flirtationships” I’ve partaken in throughout my college career. Through this, I have refined a theory that unrequited love doesn’t exist. Love in and of itself needs to be reciprocated in order to really be love. You can love someone’s laugh or their company, but you don’t love them as a being unless they feel the same thing toward you. Or maybe that’s just what I think that I think in order to ease my overwhelming — sometimes even paralyzing — anxiety over being alone. 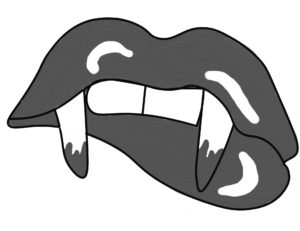 earlier than 11 pm) and under less than romantic circumstances. It’s a weird feeling; I wish like I could find romance in this but I cannot. I wish I could see “you up?” messages after drunken Friday nights as beautiful works of art, but they usually don’t follow iambic pentameter and often have a typo or two. I doubt Shakespeare ever asked for a girl’s Snapchat after meeting her less than a week ago. Mainly because Snapchat didn’t exist in Shakespearean times but if it did, I’m sure my boy Will wouldn’t be so goddamn disrespectful. Were boys always this cryptic – in Shakespearean times or even long before then – or is it just our generation of college boys that have other avenues by which to reach these new levels of ambiguity? Let’s investigate.
Communication can be confusing and vague enough face to face. But recognizing the nuances of language becomes increasingly difficult when decoding bitmojis, snapchat filters and those goddamn ellipses when you know they’re typing but decide not to hit send.

If he only “texts” you via Snapchat, you become quick to wonder if he ever actually saved your number or if the vanishing nature of the entire app makes him more likely to say what he means. In a New York Times article titled, “How Snapchat Is Shaping Social Media,” the author argues that Snapchat’s success is solely based on the unique option for disappearing content. “The ephemeral messaging quickly caught on with college and high school students, some of whom used the app to send racy messages and other juvenilia,” they wrote. Whether the messages I receive from a boy trying to get in touch are more racy or juvenile, is a topic for another day, nonetheless there is a questionable draw to this no-strings-attached form of communication.

Sometimes, the vanishing nature of Snapchat is more likely to yield a timely response than an actual text message. Snapchat texts are fleeting and disappear when you swipe right, much like one’s dignity on Tinder. Is it too real to respond to my heavily thought out, perfectly scripted, co-authored by all of my friends: “yo, what’s good” text?

If we do get a response, it may even just be a crude: “Send nudes,” like yeah okay,

Honestly, though, this communication disparity may not be the fault of boys themselves. While we were diving into yet another relationship Q&A in Tiger Beat or a boy self-help book published by the same people that make American Girl Dolls to learn how to understand men throughout our youth, our male counterparts had less reading material to satisfy their curious minds.

Now, they turn to media outlets like Elite Daily or Brobible.com to help develop their communication behaviors. For example, a Brobible piece titled “The Art of the Booty Call” attempts to deconstruct the do’s and don’ts of sending a text with one very clear ulterior motive — and how to deal with the results. “Back up off the late night calls for a bit so she gets the picture and doesn’t start photo shopping your baby photos together to see what your future children would look like,” they wrote. And they think we’re the crazy ones? I mean yeah, I probably got a couple weeks back on your high school’s prom date’s Instagram page, but photoshop? I would not download the entire Adobe suite for you, at least not when we have such an ambiguous relationship title.

The “DTR” or “defining the relationship” conversation is not that hard. I understand how it can be daunting, but like a bandaid, it should not be left alone for too long. In recent years, the marriage rate in America has notably decreased. In 2015, DeseretNews.com writer Lois Collins examined a marriage study done by Demographic Intelligence. “The report shows a marriage rate of 6.74 per 1,000 people this year, with the number expected to fall slightly lower over each of the next two years. In 2008, the marriage rate in America was 7.09.” I hope this statistic is not attributed to the ever-growing phobia of defining the relationship in clear terms — or worse, a legitimate fear of actual mutual intimacy.

Shannon Smith emphasizes the overwhelming anxiety — and somewhat sexist undertones — surrounding the DTR conversation in her Thought Catalog personal essay, writing: “Women say ‘Go for it! Be honest about your feelings! Girl power!’ But the general consensus amongst men is that the dude should man up and ask a woman to be his girlfriend,” she wrote. “Between third-wave feminism and the unimpressive progression of chivalry – women armoring themselves in attempts to come off as though we don’t need men, and men replacing dinner and a show with drinks and Netflix — I don’t know what on God’s green earth I’m expected to do here.”

This is a narrative all too relatable, not just for me but for many of the well-intentioned women before me. We over think almost everything and psychologically, this is no surprise. Recently Andrea Downey reported for the New York Post that, in one of the largest brain imaging surveys ever collected, women’s brains were found to be more active “Particularly in the cerebral cortex, which is primarily involved in impulse control and focus, and in the emotional areas of the brain, involved in mood and anxiety.” This study also examined blood flow to areas like the prefrontal cortex which contributes to skills like collaboration, intuition, empathy, actual-concern and self-control. Women take the cake again in all of these categories. So overthinking the necessity of a title no matter how vague it may be is natural, even somewhat biological. Yet it still leads to intrusive thoughts ranging from: “Is there something thrilling about ignoring the title but reaping the benefits?” and “Does this mean I’m getting attached to someone who doesn’t care to be as attached to me?”

Women may also feel the need to think about these things more in depth because of the double standard that exists in college relationships stemming from hookup culture and overall gender stereotypes. I’ve watched first hand as guys are called “the man,” when they make it with a girl, while girls receive a far more derogatory term for doing the exact same thing. This moniker is so familiar to females that they subconsciously find a fear of judgement intruding on how they perceive healthy relationships: even if that relationship only exists for a night. Now if that “relationship” exists for multiple nights in a row with the same partner, a label can be harder to decide and the over-thinking becomes cyclic and inconclusive.

I’m not trying to put men on blast here, because I, too have taken actions that add to the cryptic nature of modern hookup culture. I’d be lying if I didn’t consider the underlying messages of my own Snapchats or subtweets before posting them. So to answer the previous question, were boys aways this cryptic? I can’t be sure, but maybe it’s easier to be cryptic in the modern age through various means. Expectations seem to be sky high with social media adding pressure to every action that we take, on either end. Things used to be simple; date, court, love, marry, the list goes on — and now first impressions are formed through a screen, a one night stand or the opinion of a friend of a friend’s cousin’s brother. There may not be a sure fire way to address this relationship ambiguity on a cultural scale yet, but on a personal level changes can be made — like actually trying to get to know one another. So, I’ll pick you up at 7 this Friday?

Maxine Allis is a second year Psychology major who is not going to give you their Snapchat username. They can be reached at mallis@ithaca.edu.