Home IssuesIdols RAW FROM THE SAW – Album Review: Before the Storm
IdolsMinistry of Cool

RAW FROM THE SAW – Album Review: Before the Storm

Fans of the video game Life Is Strange had more than just the game to look forward to when the prequel was announced. 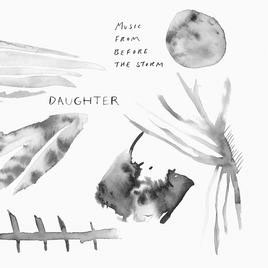 The original game is well known for its hipster characters and their accompanying indie music score. English indie folk band Daughter provides the new game’s soundtrack with their third album, Music From Before the Storm.

The strength of most video game scores is their instrumentals, and Music From Before The Storm clearly follows that trend. Every song blends together a stereotypical melancholy of indie folk with a sense of upbeat identity. Plugging in headphones and walking around campus with Daughter’s instrumental command paired with light electronic manipulation is sure to send one back into that high school rebellion/“Nobody Understands Me” headspace.

Where it falters is when the vocals come in. Perhaps it is a desperate attempt to feel like they could take their identity as a band and separate it from the game they are scoring for the album. Nonetheless, the magic seems to be lost every time words are added to the songs. The lyrics themselves are commonly repetitive or mind-numbingly cliché. Too many times they are both.

It’s made worse that lead singer Elena Tonra’s voice seems to be inconsistent, or that she has yet to understand her own talent. It’s the kind of situation that could be understandable if this were the band’s first album, but is instead perplexing and unfortunate considering this is the third.

Having listened to the album on shuffle the first time, I thought I was in for a cringe-fest of an album as “All I Wanted” played, where at times Tonra seems to be reaching the upper limits of her vocal range and even trying to surpass it without success. It’s smoothed out by a mixture of the electronic reverb and the bass guitar; and thankfully, Tonra returns to her lower vocal range. Still, with lyrics that have no purpose other than to set a mood and successfully-crafted instrumentals, it seems that it would have been better to omit the lyrics entirely.
The only song on the album that really seems to break this trend is “Burn It Down,” which actually crafts a balance where lyrics support instrumentals. Otherwise, the songs with minimal or no distractions from the music itself prove why Daughter was chosen to helm the successful video game’s score.