One of the first places a tourist in Ithaca will stumble upon is a bright and inviting storefront lying on the corner of one of the busiest intersections of South Cayuga Street and West Green Street. This gift shop and marketplace, Sunny Days, was created by Deirdre Kurzweil and her husband, Todd Kurzweil, to capture the essence of Ithaca and to help both visitors and locals find their way.

Sunny Days specializes in handmade crafts by local artists in the community, food items sourced from the area and items, such as buttons, created by the owners themselves. Goods that are sold in the store range from Purity Ice Cream sandwiches to local wines to earrings made from dried fruit. The goal of the store is to replicate the positivity and community-oriented feel of Ithaca, being a small piece of the city itself. 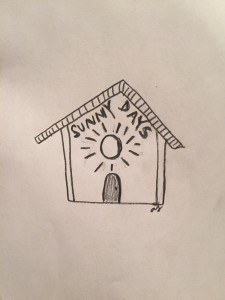 “I love Ithaca. I love the vibes, the nature, the diversity, the size of it, and I just love everything about it,” Deirdre Kurzweil said. “I wanted people who visited to be able to take a piece of it home.”

The Kurzweils both hold full-time jobs, one a middle school teacher and the other the owner of the market research firm, WBA Research. Yet they make time to be at the store daily to welcome customers and to be a resource for people in the community.

Despite Sunny Days’ joyful exterior, the store has been financially suffering since its opening in April of 2014. The store’s opening day was planned to coincide with the completion of the Ithaca Commons project, but the construction took twice as long as was estimated. Although Sunny Days still opened on the day they had planned to, construction would not be finished for 18 more months due to many unforeseen complications.

“I would’ve been stupid if I had opened with 18 months left of construction,” Deirdre said. “It was under construction doubled in length. The frustration that it had caused the people was unimaginable. It is what it is. I don’t have words.”

Due to the financial struggle Sunny Days has faced, it has cut its staff from five employees to one. Angela Harrison, Sunny Days’ sole employee for the past two years, said that the construction is the main barrier keeping customers from the store.

Deirdre and Todd believe that the construction heavily affected their business, but they are confident that the community of Ithaca will support them. On Feb. 23 of this year, they began a GoFundMe campaign where locals and tourists alike can donate to the business.

“One of the things I love about Ithaca is how community-driven it is and how supportive everyone is of their neighbors, so why not a go-fund-me for that reason alone?” Harrison said. “I’m staying positive and that’s something my boss likes to do. She’s a very positive and sunny person, we work at Sunny Days and we’re at the point of why not.”

While the Commons were undergoing construction, the governing body of the downtown Ithaca area, the Downtown Ithaca Alliance (DIA), attempted to amplify the marketing of the stores in order to keep business flowing. However, the DIA did not have sufficient funds to run this campaign for 36 months. Gary Ferguson, the executive director of the DIA, said that they are doing what they can to help keep Sunny Days, and other affected businesses, afloat.

“Deirdre works very closely with us, so we know a great deal about their business,” Ferguson said. “One of our missions is to provide as much technical support, help, assistance and facilitation to businesses as best we can.”

With the help of the GoFundMe campaign and the slow resurge in the amount of shoppers in the Ithaca Commons, the Kurzweil’s are confident that they will be able to keep their store open. Even though they are in a much different situation than they hoped to be in three years after opening their doors.

“My hope is that this year that we get to the point of where we expected to be the first year of the business plan,” Deirdre Kurzweil said. “Basically restarting.”

A version of this story was first published in Ithaca Week: ithacaweek-ic.com

Maddison Murnane and Avalon Singer are third-year journalism majors who are currently wearing earrings made of dried fruit. You can email them at mmurnane@ithaca.edu and asinger@ithaca.edu