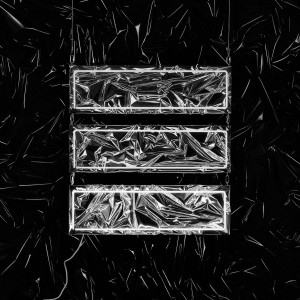 Gameshow marks Two Door Cinema Club’s triumphant return to the indie music scene. Released on Oct. 14, this is the band’s first studio album since Beacon in 2012. Two Door broke up shortly after Beacon was released because they felt uninspired in their music and had varying personal issues, which eventually caused the band members to turn to drugs and alcohol, according to DIY Magazine. This was a wake up call for the band that can clearly be seen in Gameshow. Turning from its traditional indie-pop sound, Two Door pulls a complete 180 and experiments in the electro pop music scene. After all, Two Door’s new outlook is that life is like a Gameshow — you win some and you lose some, but you’ll never get anywhere if you don’t take a few risks. It was definitely a bold move, but Two Door pulls off the electro-pop scene well. With strong guitar riffs and catchy, intense lyrics, listeners can’t help but dance to these catchy, upbeat tunes.

Highlights from the album include “Are We Ready? (Wreck),” “Bad Decisions,” “Ordinary,” “Gameshow,” and “Lavender.” Lyrics in these tracks showcase the band’s new sound and give listeners insight into their emotions and feelings of the past four years. Gameshow features beautiful lyrics reflective of the band’s time apart, “I’m like pinocchio, broken nose, let me go” in “Gameshow,” showing how the band felt like they were being controlled too much by others. “Lavender” highlights the listlessness the band felt with intense lyrics. However, Alex Trimble’s lead vocals often get lost in the midst of these new instrumentals. In past albums, Two Door let the vocals stand out from their music and that showcased Trimble’s complex range and falsetto. A lot of the tracks also seem to be very generic and indistinguishable from each other. Although the flow between songs works well, it feels incomplete. There are only 10 tracks on the album and they go by rather quickly. It is a very generic-sounding, unoriginal album that could be by just about any hipster indie band people haven’t heard before.

Reminiscent of the 80’s, Gameshow takes listeners back in time. Heavily influenced by Prince and David Bowie, two extremely iconic figures of their time, Gameshow pays homage to these idols. By switching over to electro-pop with glam rock guitar riffs and lyrics that show raw passion and dedication to their new sound, they reflect the flamboyant, in-your-face style of Prince and Bowie as they attempt a dramatic comeback. However, they do face a lot of staunch competition in the electro-pop genre. Bands like The 1975, Passion Pit, and Foals have dominated this music scene for years. It will definitely be hard for Two Door to make a name for themselves in this genre, but hey isn’t anything possible on a Gameshow?