The rise and inevitable fall of bands in the mainstream

Music continues to evolve everyday singer after singer, and one way music has been exposed is through bands. Bands have always been around before and even during this current generation. However, not all bands can last forever. Within pop music, some bands like One Direction and Paramore have simply ceased to exist after a matter of time. Bands of the past like The Beatles and the Spice Girls had a long run and are still remembered and loved for their music today. As bands continue to be remembered today, one can’t help but wonder if there’s a typical time frame for bands or if something genuinely happened that put the band to a stop.

One of the bands that had girls completely starstruck and head over heels ended up being the one to separate, that UK band being One Direction. According to Digital Spy, One Direction’s hit single, “What Makes You Beautiful,” went platinum in the U.S., selling over 1 million copies in 2012. They continued to make big breaks with performances at Madison Square Garden, their first film This Is Us, and many popular albums. Despite how successful the band was, Zayn Malik officially left in March of 2015 and made a move to go solo, but the band still had much success as a foursome. In December 2015, the band officially announced that they were going on a hiatus and did their final performance on the X-Factor. Their popularity was quite long and immense, but their run as a famous band in the U.S. seemed fairly short, being less than five years.

Another well-known band that’s yet to confirm their break up is emo-pop and rock and roll band Paramore. According to Billboard, Paramore’s debut album, All We Know Is Falling was released in 2005. From there they had another platinum album and a Grammy nomination for Hayley Williams. However, tensions rose in 2010 when Josh and Zac Farro left the band. Josh explained the band’s unknown history with Atlantic Records, as well as Atlantic’s involvement in turning Williams’ solo contract. The band had Taylor York take over the guitar duties that Josh had in their 2013 self-titled album Paramore, which seems to be their latest. It’s still unknown if the band ever really broke up, since right now they’ve just been unheard from. However, it’s very clear that what started the downfall, was Hayley Williams’s potential solo contract, which again shows how one member going on their own could be the fall of the whole band.

Outside the world of modern pop are The Beatles, one the most well-known and still extremely loved bands today. The UK band obtained a great deal of success in the U.S. with record deals, tours, and even films. According to the Rolling Stone, they created three films, one animated film called the Yellow Submarine, went on multiple tours, and produced extremely successful albums like Abbey Road. Even though John Lennon told the band privately about his interest to leave, the band didn’t officially end until 1970 when Paul McCartney announced his exit, which was also the year McCartney’s solo album and the band’s final album, Let It Be, were released. During 1988, eight years after Lennon’s death, the Beatles were inducted into the Rock and Roll Hall of Fame, which proved that their music was still appreciated and honored by millions despite their break up.

According to Billboard, Spice Girls reached the top of the European charts in 1996 before hitting America in 1997. Their hit song “Wannabe” was at the top of the charts during the summer of its release in 1996. They were massively popular in the U.S. as well, which lead to the release of their album, Spiceworld, and later, their movie in 1997 with the same name, a comedy to express their lifestyles. By 1998, Geri Halliwell (Ginger Spice) announced her departure from the band, without citing any real reasons. The remaining four then decided to take a break, but Halliwell continued making solo music. 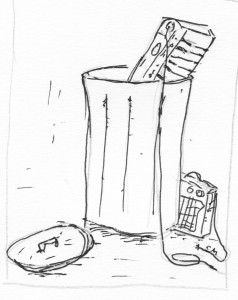 The four reunited in 2000 and released Forever in the U.S, but announced their breakup in 2001. All five reunited for one last tour in 2010, and their final performance was during in 2012 at the London Olympics. Despite how many times they reunited, the break up again began with one member going solo, just like The Beatles.

Pop bands seem to last between the span of five to eight years, while bands from the late 90s lasted from six to 10. Another trend is that as bands separated, at least one member had decided to go solo after. However, there are still many bands that have continued to remain strong today. According to Reader’s Digest, beloved 90’s bands are still working their way up today, bands like the Goo Goo Dolls and Counting Crows. Goo Goo Dolls have been touring since 2013, with no intention to stop anytime soon, and the Counting Crows have continued to produce new albums since 1993. This shows that if a band does want to make it through, the band always has to work together and not just focus on individual wealth.

Amber Raiken is a first-year writing major who has started to place bets after each season of The X-Factor. You can reach them at araiken@ithaca.edu.