This summer, the Food and Drug Administration created a regulation mandating that chain restaurants post the calories for all the items on their menu. “Covered establishments will list calorie information for standard menu items on menus and menu boards and a succinct statement about suggested daily caloric intake,” the FDA explained.

But this regulation comes from a collection of incorrect assumptions that the medical industry and the media alike perpetuate about food, weight, calories and, holistically, health. Calories are such a small fraction of necessary nutrition information. There are the same amount of calories in a Peppermint Stick Luna Bar and an Angry Orchard hard cider, and although both are delicious, they make very different contributions to your body’s nutrition.

A calorie is a unit of energy, specifically how much it takes to raise the temperature of one gram of water by one degree Celsius. Nutrition facts in the U.S. are based off a 2000-calorie daily diet, but 2000 calories isn’t a magic number for everyone. Instead, the best calories for one’s body is what makes them feel full and healthy, and this varies based on build, activity, genetics, age and many other factors.

Counting and then cutting calories, as if they’re a separate entity from food itself, is often touted as a method to lose weight. This can have two major flaws: it can lead to treating one’s body like a machine, it can become an obsession, or both.

Kris Gunners, a nutrition researcher, published “Why ‘Calories In, Calories Out’ Doesn’t Tell the Whole Story” to debunk the myth that all calories are created equal.

“Saying that weight (or health for that matter) is simply a function of ‘calories in, calories out’ is completely wrong,” he concludes. “It is a drastic oversimplification that doesn’t account for the complex metabolic pathways that different foods go through, or the effects that foods have on our brain and hormones.”

Prevention’s blog — despite its pop-up ad for 14 free workouts to burn fat! — emphasizes a more holistic view of nutrition, but first discounts the biggest misconception of all: in some cases, decreasing calories can lead to gaining weight.

“If you starve yourself, your body slows down your metabolism and burns muscle rather than fat,” writes Jessica Girdwain. “Start eating normally again after a restrictive diet, and you’ll gain more weight because you have a pokey metabolism that can’t do its job.” 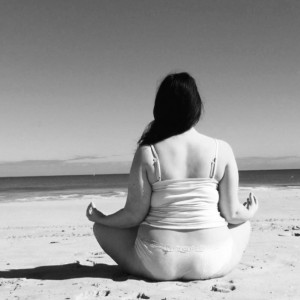 This could be confusing for anyone, but devastating for someone in recovery from an eating disorder — a group which includes more than 30 million Americans, according to the National Eating Disorders Foundation.

Anastasia Amour is a body image and self-esteem coach as well as author of Inside Out: A 14-Day Guide to Transform Your Mind-Body Relationship. She’s also a body-positive advocate on her popular Instagram account, often drawing on her own recovery from anorexia.

In an email interview, she discussed how learning to ignore calories is part of healing from most eating disorders.

“A crucial part of recovery from an eating disorder (particularly restrictive-type EDs) is learning to avoid focusing on the numbers and instead shift that focus to providing the body with ongoing and consistent nutrition,” she wrote.

She also noted that while she understands the FDA’s intention, its emphasis on calories can be damaging to those both with a history of eating disorders and those affected by the mentality that health is equivalent to thinness.

“Restrictive-type ED sufferers learn that the primary way to measure ‘health’ is by how little space a body can occupy,” she wrote. “… If we look at the $60 billion per year weight loss industry and we unpick diet culture, these messages (that less body mass equals greater worth as a person) are everywhere. So in that regard, this forced in-your-face display of calorie counts is harmful to far more people than those medically diagnosed.”

Amour said disconnecting weight from health has been central to her recovery.

“Unlearning all of those toxic beliefs that I held was immensely difficult but self-acceptance has empowered me to learn more about my body and how I can take care of it, as well as how to look after myself mentally,” she wrote.

The FDA’s new regulation saddles it with the responsibility of informing the public what a calorie really is, the small role it plays in one’s health and why — or why not — people should pay attention to them. There is such thing as eating too many calories, but you can also eat too few. The amount your sister ate might not be the same amount you should, and the amount you ate on Monday doesn’t have to be the same as Tuesday. Health is fluid and individual. It can’t be mandated by the government. But when you see new numbers popping up on your favorite menus, pretending they’re not there might be best for your health altogether.

Alexa Salvato is a fourth-year journalism major who doesn’t think the government should tell you how much to eat. You can email them at asalvat1@ithaca.edu.

From the Purges to the Proud Boys