RAW FROM THE SAW: No Man Sky 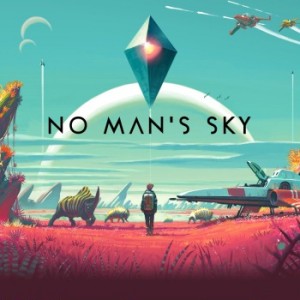 I haven’t played No Man’s Sky in about three weeks, and to be honest, I haven’t really noticed whatsoever. To be fair, No Man’s Sky isn’t a bad game, it’s painfully mediocre. It’s a game without any purpose or reason. You’re dropped in the middle of a massive, uncaring, unfeeling universe and forced to survive and advance. Had the game been an epic meditation of existentialist attitudes, it might have somehow worked. However, the constant hinting of a magical end all at the center of the universe and how it’s your destiny to fly to find it destroy any attempt at a deeper theme than “Minecraft in Space.”

That isn’t to say the entire game is a waste of what little time and energy we have in this world. The technical presentation of the game is nothing short of incredible. The beautiful sprawling vistas painted by the graphics engine are nothing short of breath taking and the lack of load screens build a cohesive universe that is totally within your realm to explore. These achievements are even more remarkable when one considers the horrible difficulty Hello Games has as they made No Man’s Sky. From floods to mass delays and computer crashes, the fact that No Man’s Sky was finished is a grand feat, and they should be commended.

However, the question is: why bother? The planets all look the same and have the same resources on them. The animals and plants you discover are all the same. Even the space stations are pretty much formulaic. But, alas, that is the problem of procedurally generated worlds. Because you are using the same template and art assets to build the game, everything will tend towards sameness and mediocrity. The true power of procedural generation comes from how we as players interact with the vast possibilities the algorithms generate. For example, the beauty of Minecraft was the limitless things one could do in Minecraft. All the game’s resources and art assets were the same, but the player could endlessly use those resources to do whatever one could with them. However, the best thing you can do in NMS is get a space ship that doesn’t look like a giant penis.

Compared to Spore that preceded it, No Man’s Sky makes great aspirations to epicness without the motivations necessary.