RAW FROM THE SAW: My Woman 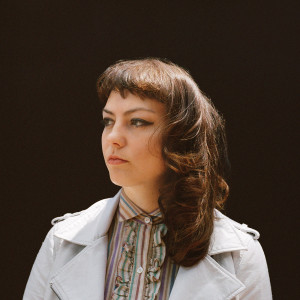 Two years may seem like a long time to have to wait for a new Angel Olsen record, but after listening to My Woman, it is clear that her time was well-spent creating an intriguing and simply dynamic collection.

My Woman opens with “Intern,” a slow, smooth track that eases you into the rest of the album. Olsen’s voice is almost a backdrop for the bass and synths that are present, which is just an initial iteration of the way the album as a whole is structured. “Never Be Mine” begins just as easily as “Intern”, but succeeds in picking up the pace in a lighthearted, almost whimsical way. Its tune is immediately captivating, which is made possible by both Olsen’s singing and the instrumentals.

“Shut Up Kiss Me” is a hard-hitter right away, with a strong beat and lyrics that set the track in motion, making it arguably the strongest track of the album. One of the most noticeable features of this song is a guitar style that is remarkably reminiscent of that of the indie rock band, Pixies. This specific, tinny sound is heard most prominently after the final repetition of the chorus. It is not as deep as her typical guitar, and when compared to the Pixies’ “Havalina,” the similarities are even more striking. From start to finish, Olsen has created a piece that enthralls the listener and is the immediate star of the album.

“Give It Up” continues this upbeat trend as the album continues. However, this track does not have the same pull that “Shut Up Kiss Me” does. Its repetition just does not take hold the way previous tracks manage to do. “Not Gonna Kill You” keeps with this trend, but again, does not have the same effect of Olsen’s other more raucous tracks. Nonetheless, the consistent drumming does succeed in propelling the track forward, despite the track’s overall repetitiveness.

With “Heart Shaped Face,” Olsen slows down considerably with a measured, even track that is reminiscent of a slow-dance tune. It has the feel of a ballad, but listening to Olsen beg the question of whether “it was me you were thinking of” or whether it was just “another with a heart-shaped face” is both relatable and unbelievably heartbreaking. This effect is amplified by the way it is framed as a love song. You can feel her pain when she so powerfully explains to the listener that it “begins again…” and again, and again, and again. These last lines create an almost trance-like state, and the final echoing drumbeat snaps you out of it and prepares you for the upbeat of “Sister.”

Although it is another slow and measured track, “Sister” is considerably lighter than “Heart Shaped Face.” It combines an easy melody with an upbeat tune that is nothing if not agreeable. This nearly eight-minute-long track culminates in instrumentals with an intensity that is rarely seen in Olsen’s music. It is resonating and refreshing as the song comes to a close. “Those Were The Days” takes a step back, but in a way that is not restrained, but instead deeply calm. Everything about this track, from the jazz-inspired instrumentals to Olsen’s vocals is sensual. “Woman” makes an equally smooth an entrance, but the four repeating bass lines do not let this track slip into obscurity. In a way, it almost overshadows Olsen’s own voice.

As a final track, “Pops” ends the album on the most somber tone of the whole album. Her tone and the piano playing both strengthen as the song progresses, as a demonstration of coming of age and maturity. This song is the truest to Olsen’s traditional style, with “hurts to start dreaming” sung more painfully than any lyrics on the album. Overall, this album hits its peak with “Shut Up Kiss Me”, and stays in that same rather upbeat realm for the majority of the album, with only brief forays into the slow and dirge-like tone that is customary to Olsen’s style.

However, “Pops” finishes in a style that reminds the listener that they are indeed hearing an Angel Olsen record, and with that comes implications of sadness. Its final note hums in the ears as a lasting reminder that no matter how bright things may appear, nothing is complete without a touch of something bittersweet.