Home IssuesFree RAW FROM THE SAW: Peaches
FreeMinistry of Cool

RAW FROM THE SAW: Peaches 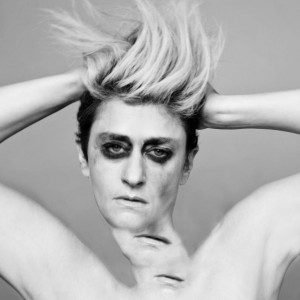 If ever there was a soundtrack made for serial killers, it would have to be Rub, the truly disturbing, synthetic-driven and oftentimes outright strange sixth studio album from electropunk synthpop artist Peaches.

This is not a light listen. Peaches infuses her electronic tracks with creepy and often odd lyrics, such as when she commands, “Rub, rub, rub, bitch, rub,” in the appropriately-titled song “Rub,” a slightly surrealist listen that sounds like something Buffalo Bill would chant around the basement.

But her odd lyricism extends into the other tracks as well. In “Free Drink Ticket,” Peaches invents a song that has more in common with spoken word poetry than electropunk as she calculatingly cuts her subject: “Hide in your bar where you’re the king of free drink tickets,” she mocks. “Wow. Impressive. Impressive what you do with a little bit of power/ I want to be there when you implode.” And her threats are set against the sounds of an escalating synthetic cello, like the Jaws theme. With its aggressive, threatening lyrics, haunting cello backdrop and uneasing, persistent drones, “Free Drink Ticket” is a song that convinces its listeners that somebody’s out to get them.

“Free Drink Ticket” isn’t the only song on the album that feels uneasy. Peaches expertly pairs her monotone singsong with an instrumentation that pendulates between rap and the unsettling drones of “Free Drink Ticket.” The effect in most of the songs in the first two-thirds of the album is disturbing.

However, in the final three songs “Light in Places,” “Dumb Fuck” and “I Mean Something,” Peaches adopts a Madonna-esque voice and dials down the creepiness factor for catchy, poppier tunes, even if the lyrics are still firmly rooted in the Peaches style. These are the more accessible songs on the album, even injecting some fun into an otherwise joyless experience.

“Dumb Fuck,” for example, is a song that’s amusing for its distinctly non-creepy lyrics “Tell me how you got so stuck/ You dumb fuck,” which are followed promptly by choruses of “dumb fuck.” Just listening to it over and over again provides a hilarious, absurd experience unmatched by anything else on the album. There’s another song on Rub titled “Dick in the Air,” which sounds gloriously ludicrous, but unfortunately turns out to be more of that uneasy alien synthesizer score and apathetic singing style that characterizes much of Peaches’ work.

That’s very much the trademark of Rub. The compilation mixes eerie lyrics and harrowing, hypnotic underscores, making the album perfect for any Halloween party or cult meeting.