RAW FROM THE SAW: Depression Cherry 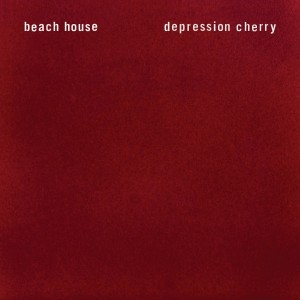 Opening with the familiar sound of synthesized strings and high hat, Beach House reaches the peak of its signature style in its fifth studio album, Depression Cherry. Beach House has made a point of blurring harsh edges, especially this time around, leaving listeners with a somewhat ethereal, watercolor blend both within and between tracks. The lyrics, however minimal, are conveyed in a soft, calm conversation.

The first track, “Levitation,” takes on the exact quality of the title. There is little change in harmonic progression. Layers are looped and the melody stays in familiar territory, going over the same notes in every verse. This familiar Beach House technique makes the inclusion of new layers that much more noticeable, just enough until it too blends into the texture and establishes a normalcy with the rest.

Some layers are introduced with a certain harsh quality, such as the heavy buzz of electric guitar in the beginning of “Sparks.” Even among such a thickly-layered harmonic texture, there remains an element of bareness. The layers become less and less distinctive and the rhythmic pulse equally non-jarring.

Fade-outs are a surprising kin to this album. Each song opens so similarly that they all seem to run together as one idea, sometimes literally fading in and out in waves. Somewhat hidden in the meditative qualities of this album is a dark romance. Toward the middle, “Beyond Love” possesses more obvious melodic material. Still, the lyrics blend into the watercolor effect in the rest of the texture. However, the melody is never completely alone, there is one part of the instrumentation that shares in the line almost all the time, as with the pulsing, percussive-pitched synthesizer pairing well with “we really wanna know/ we really do breathe.”

“PPP” has a more dance-like feeling at first with its compound meter opening. And like the meter, it also takes on the old romance aesthetic of a speech-sung intro into verses, like something from a female group from the ‘60s. All throughout, the guitar arpeggiates the chordal harmonies. The synthesizer here is very much in the background to the point where one may only notice the drum, guitar and vocal trinity.

Depression Cherry comes to a close with the, at first fully, a cappella “Days of Candy.” Layers are added in accompaniment with a delicate touch and again unobtrusively. Piano plunks out the chord progression very lightly at the start of the first verse. Practically seamlessly, the guitar and otherwise ever-present synthesizer come back into play as Legrand sings “just like that, it’s gone,” as the a cappella section too is gone.

Depression Cherry is a step in a softer direction by Beach House, although not drastically different from albums past. The harmonic underlay, albeit repetitive, supports the melody in its hum. This album has few easily distinctive parts to the sound and is to be heard as such, simply and practically uninterrupted.