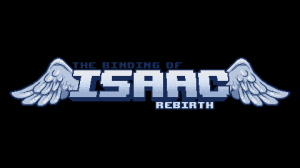 There’s something delightfully disturbing about a game that can make someone happy to get something like cancer or a mutant spider or a demonic-looking pentagram. This is an essential part of The Binding of Isaac: Rebirth, a rogue-like top-down shooter by indie game designer Edmund McMillen, well-known as the designer of the critically acclaimed Super Meat Boy. The aim of the game is simple, maneuver through the various levels, pick up upgrades and items to help you defeat enemies and bosses, and eventually reach the end. But there’s a twist: If you die, you must start all the way at the beginning. You lose all of your progress, items and all. There are no save points like in most games. This is what defines the rogue-like game genre. What makes this even more interesting are the randomized level layouts and item pools. You never know where the exit is or what items you’ll get, so you must learn to play the game in ways that you haven’t before, according to whatever you find. Rebirth is a remake of the original Binding of Isaac released in 2011, and with more than double the amount of items than in the original (Over 300 items in Rebirth), one must expect the unexpected.

The plot of the game plays much into its aesthetic and choice of imagery. The opening sequence involves Isaac and his mother, who live alone. His mother watches Christian broadcasts, and one day hears a voice from above, telling her to kill Isaac. Isaac escapes through a hidden hatch in his room that leads into the basement, where the game begins. Isaac journeys through the basement and beyond in order to defeat his mom, shooting tears from his eyes as projectiles that damage enemies like flies, spiders, poop monsters, exploding zombies, Satan and other assortments of disturbing creatures. Along the way Isaac finds upgrades and items with references to poop (so much poop), religion, diseases and even items with allusions to internet memes.

As strange as it all may seem, the enemies, bosses, items and areas are all incredibly easy to look at thanks to the artistic sensibilities of McMillen, whose stylings have long been a seemingly perfect balance of gross and adorable. There’s even a boss that’s basically a giant blob with a cleft palate (his name is Monstro and he is surprisingly cute). The art of Rebirth is top-notch and makes looking at poop an okay prospect. This is a relief, considering the significant amount of poop in the game.

The music in Rebirth is intriguing as well and does help create an atmosphere of intensity and excitement. However, there is not much diversity, and after a while, it starts to become repetitive and dull. The soundtrack is even more lackluster when compared to the music from the original Binding of Isaac game, composed by Danny Baranowsky. This seems to be one of Rebirth’s only downfalls.

On the other hand, one of the best things about Rebirth is how well-balanced it seems to be. With so many items, there are bound to be some bad ones. Soy Milk is bad because while it greatly increases your rate of fire, it also significantly decreases your damage, rendering you unable to efficiently dispatch enemies. But there are also bound to be some majorly overpowered ones. Brimstone allows you to shoot a giant red laser that multiplies your damage stat, and can pretty much kill most small enemies instantly. There are items that lay all across the spectrum, so generally, it tends to even out. On any given run, you will most likely not be underpowered, and beating the game becomes a matter of skill as opposed to luck. You will have runs that are absolutely terrible, and you will have runs where you become godlike, but that’s the nature of any game with random elements. Since the random elements eventually balance out, it ultimately is up to one’s skill level to beat the game.

In spite of the random elements of the game, there is still room to choose what type of run you will have. Items are always optional, and if you encounter one that doesn’t fit the playstyle of a particular run, you can skip it (or with certain items, you can “reroll” to try and get something better). Before taking an item, you can ask yourself: What type of run do I want to have? Do I want a fast rate of fire at the potential cost of damage? Or do I want more damage with the possibility of having a slower rate of fire? Many different items can combo with others, creating interesting or powerful synergies, which can affect the choices of items you pick up or leave.

Because of this, and because of an expansive level system that you can unlock through beating the game multiple times, Rebirth can provide hundreds of hours of original content, and even then you may not discover all of the game’s secrets. There are 178 unlockable achievements in all, which apparently amounts to completing the game 110 percent. On top of that, a massive DLC expansion is planned for October 30, titled The Binding of Isaac: Afterbirth, which boasts over 100+ more hours of content, including new items, new levels, a scoreboard for daily runs and a new gameplay mode titled Greed Mode, which involves facing multiple waves of enemies and bosses at a time with no breaks.

The game does have an ending, but there is so much to discover that beating the game does not necessitate revealing all of the game’s secrets. Rebirth is the same in the sense that it is so packed with content that even after countless hours of playing it, you can still return and find something new. The Binding of Isaac: Rebirth has a well-balanced game system, wonderful art and an interesting premise, and as such can be considered a classic in indie gaming, if not in gaming in general.