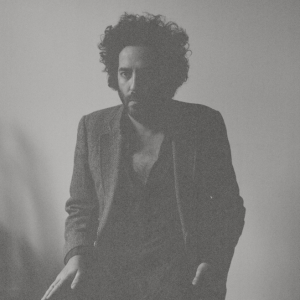 Some albums want to tell stories of love or heartbreak or growing up. Dan Bejar wants to revel in devastation and melancholy, and he wants listeners there too. The opening seconds of “Times Square, Poison Season I,” the first track on Destroyer’s new album Poison Season, sound like they could be setting the stage for some Midwest highway indie film straight out of Sundance. With its tastefully minimalist plinking piano keys and opulent strings that massage eardrums, one may feel comfortable and at ease. This is what Dan Bejar, the mastermind behind Destroyer, wants. A couple of measures in, his vocals begin, singing in a gentle whine: “Jesus is beside himself/ Jacob’s in a state of decimation.” Immediately the listener has stricken a deal with Bejar, to listen to his subconscious mutters and casual misery, to listen to his nebulous words talk about guilt, faith and loss.

It is that mutual wanting, that search for companionship in the dark that separates Poison Season from other similar “sad bastard” music (Titus Andronicus, Belle & Sebastian, Bright Eyes, etc.). Where some musicians use their songs as a couch to lay on and the listener as an ersatz therapist, Destroyer’s music acts as an invitation. “Girl, I know what you’re going through/ I’m going there too,” Bejar sings — or pleads — in “Girl in a Sling.” The world of Poison Season is a world of abstraction and uncertainty, of broken faith and anhedonic woe. But it’s also tender and compassionate and more than anything, humane.

Stylistically, the album teeters from Young Americans-era Bowie pastiche (“Dream Lover” and the aforementioned “Times Square”) to disparate genres, from funk (“Midnight Meet the Rain”) to piano ballads (“Bangkok”) to string heavy arrangements (“Hell”). What every song has in common is Bejar’s boozy-swoony vocals and his somber, often opaque lyrics. The songs, lyrically, read like private poetry, the kind to keep in a scratched-up moleskin on a nightdesk. That kind of ostensible spontaneity can be heard in the song forms themselves, which don’t follow any kind of traditional “verse-chorus-verse-chorus-bridge-chorus” structure. Bejar instead favors songs that transition naturally and don’t look back, such as in “Hell,” where the arrangement bluntly shifts from a string-laden ballad to a jazzy upbeat finale.

The saxophone is the key instrument in Destroyer’s repertoire, present on almost every track. Occasionally it overpowers the rest of the song, such as in “Dream Lover,” which coincidentally is the closest thing Bejar has done to a Bruce Springsteen song. Most of the time, however, they simply punctuate phrases and provide a kind of underscoring. The instrument produces a warmth absent in so much of the formulaic-heavy indie music of the day.

Gauging an album like this is difficult, especially one that is so intent on not explaining itself. The only consistent part of the album is the bookends — “Times Square, Poison Season I” and “Times Square, Poison Season II,” with the simply put “Times Square” in the middle. Beyond that, Bejar moves in and out of modes, sampling styles as one does with cheese or wine. Sometimes it feels as if Bejar doesn’t know where he’s going. In “Sun in the Sky” he sings: “What’s in that dark glove?/ Is it a song about Gloria?/ Is it a song about love/ And the stars up above?” For Destroyer and Poison Season, the world may be dark, but the skies are endlessly bright.