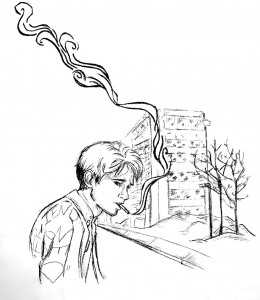 The saying “nice guys finish last” is not new. But in recent years, it’s taken on a new meaning within pop culture. Today, a nice guy is someone who claims they are incapable of becoming sexually or romantically involved with women for the simple reason that they are nice. They believe women always pick arrogant jerks and, as long as they are nice, they will be trapped in their everlasting virginity.

This idea has launched academic studies attempting to prove whether women prefer nice guys or jerks, ranging from Edward Herold and Robin Milhausen’s study titled “Dating Preferences of University Women: An Analysis of the Nice Guy Stereotype,” to a study conducted in 2008 at New Mexico University, which “proved” that nice guys have sex less often than “bad boys.” AskMen.com felt the need to post an article aptly titled “The Player: Be A Nice Guy and Finish First,” reassuring nice guys that they can pick up girls. It is also the reason why feminists have taken to the internet in droves, condemning the foolishness and misogyny of so-called nice guys. This is an issue many take very seriously, and for good reason.

When considering the claims of nice guys, the first thing to note is the glaring issue of what it actually means to be nice. Many nice guys seem to equate being an asshole with simply being confident.

While making the point that not all women are the same or attracted to the same type of man, feminist Emma J. Doyle wrote in her article “Regarding ‘Nice Guys’ and ‘Why Women Only Date Jerks’- A Critique of a Masculine Victim Cult” on Feministing.com, “We have to separate ‘nice guy’ and ‘good guy’ from ‘submissively polite guy.’ You can be assertive and nice, and it seems like some people confuse being a nice guy with being a sycophant or a clingy dude.”

Being nice is possible without sacrificing confidence and emotional stability, and it’s possible to be confident and cool without being a jerk. Some men who label themselves as nice do not see the issue like that. They blame lack of success not on any personal failing or emotional clinginess but on what they see as women’s lack of judgment and natural attraction toward assholes.

Sometimes nice guys will express their frustrations through anger. A Facebook image that primarily circulated in 2011 displayed a letter addressed to females that included: “Why the fuck when you get a good GREAT guy you ignore him…you constantly wonder where the good guys are. They’re out there…I’m just letting you know that you’re the ones making us scarce.”

Statements like these are not uncommon today. Perhaps most disturbing is the similar language used by university shooter Elliot Rodger in an online video posted just before his execution of several women outside of a sorority house. The Daily Beast contributor Anthony Chu wrote, “I’ve heard Elliot Rodger’s voice before. I was expecting his manifesto to be incomprehensible madness — hoping for it to be — but it wasn’t. It’s a standard frustrated angry geeky guy manifesto, except for the part about mass murder.”

Nice guys believe a relationship or sex is something that can be earned. Once they’ve earned it (in the case of nice guys, by being nice), they are owed a romantic or sexual relationship with whoever they have been nice to. When they are unsuccessful and do not receive what they believe they are owed, anger ensues. Why have some men adopted this incorrect line of thinking? Their anger is indicative of an issue that cuts much deeper than a few men’s ability to get laid: It is a symptom of a culture that objectifies women, teaching men that women and sex can simply be earned.

The objectification of women is pervasive in our culture, and it’s unsurprising that we are exposed to it daily. It is in our living rooms where media portray male protagonists who are always able to win the hearts of women. We hear it in music where women are objectified and viewed as representations of success. In the popular rap song “Ill Mind of Hopsin 4,” Hopsin raps, “Life was lame, I had to pay money to fuck a whore/ I couldn’t pull a damn anorexic bitch in a tug o’ war/ But then I made enough money to fund a tour/ Now the ladies show me the goodies under their Wonderbra.”

It is in the online rantings and anger of nice guys who have begun to view women as objects who owe them sex rather than human beings who don’t owe them anything.

The origins of entitlement are hard to pinpoint and have been around for an extraordinarily long time.

Plante said: “There are complex dynamics at work. Women have been subjected to socially constructed misperceptions of themselves for centuries. Where might any young man get the idea that he is entitled to sexual access to women? From a complex melding of immediate culturally-meaningful reference points, mass media and pornography and our long history of misogyny.”

Moving forward, Plante suggested both men and women must, “Make some conscious choices to resist the idea that anyone benefits from the otherwise dehumanizing process of being objectified.” Otherwise, our culture will continue creating the nice guys it despises so much.

Ethan Cannon is a freshman television-radio major who, astoundingly, treats women as people. You can email him at ecannon1@ithaca.edu.