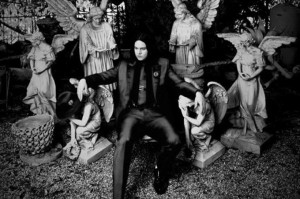 Lazaretto is stunning instrumentally; every single track on this album is well played. White along with 17 credited musicians on the album create everything from a wall of sound to gentle caressing whines. Fiddle solos, harmonicas, piano, violin, mandolin and of course, guitar. White proves that he can slay solos in the crackly, dirty and oh-so cool “High Ball Stepper.” The backup vocals on every single track are on point, their sweeping croons in “Would You Fight For My Love?” sound amazing and are consistent throughout.

White does not disappoint in this album. “I got three women/ Red, blonde, and brunette,” boasts White in the beginning of his first track, based on Blind Willie McTell’s “Three Women Blues.”

The bad news is that when White is not an impassioned madman, he falls flat lyrically, sounding bored in songs like “Want and Able,” “Temporary Ground” and “Alone in My Home.” These songs are slower, but that doesn’t mean they can’t have passion. White could never truly produce a terrible song, but he loses his spark occasionally and it is unfortunate. However, even White’s weaker songs are worth listening to, and that says a lot.

White raised the stakes on the vinyl format of Lazaretto. The “Ultra LP” sounds intimidating with all of its features; locked grooves, dual groves, three speeds, hidden tracks, matte finish, a holographic angel(?!) and many more; but it’s not nearly all that White hyped it up to be.

Most of the features are simply a novelty. The hidden tracks are hard to hear on the paper label and impossible to play if you have an automatic stop. Side A plays from the inside out which is fine unless you forget, place the needle on the outside and hear the end of “High Ball Stepper” loop over and over again. The locked grooves are cool, but a hindrance to the lazy record listener who would rather have the record stop on its own.
The only feature that is truly useful feature is the dual groove technology on “Just One Drink.” Depending on where you drop the needle you will either get the original electric intro or an acoustic intro. The acoustic intro is a wonderful addition and flows into the rest of the song even better than the electric intro does.

No matter what people say about Lazaretto though, the numbers speak for themselves. The album has over 60,000 vinyl sales, making it the best-selling vinyl record since Pearl Jam’s Vitalogy in 1994. Whatever White’s doing, he’s doing it right.