RAW FROM THE SAW: St. Vincent 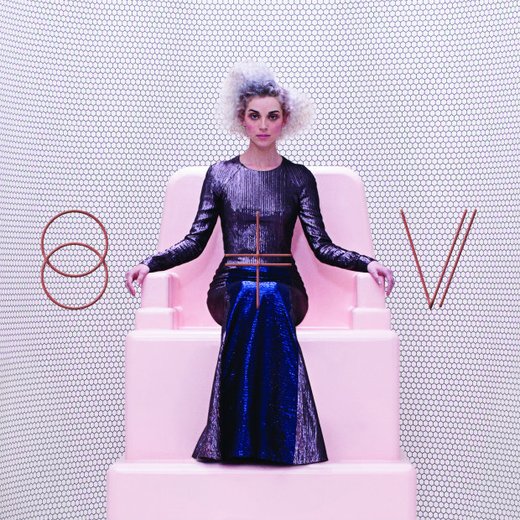 St. Vincent is often known for her slightly skewed and ever-changing take on pop, blending catchy songwriting with her crooning vocals and syncopated guitar work, and her latest self-titled album is certainly keeping with these themes. But while her new release follows these lines, this time there is an unignorable prevalence of sex appeal. Annie Clark is shedding her quirky cuteness for bizzaro-seduction, and it works marvelously.

Despite being sexy, “St. Vincent” keeps from straying into the overtly sexual vibe of Beyonce’s 2013 self-titled album. Instead, Clark eschews contemporary American sex appeal through the same intellectually snarky voice she has developed for years, but this time with an indelible weirdness.

What makes most of the songs on “St. Vincent” so ear-pleasing is the way the synths and guitars work together so well, neither one overpowering the other. Instead, a perfect tension is achieved between the sonic textures of Clark’s spastic fuzz-guitar and the fullness of the keyboard and distorted synth-tones.

The album also ushers in a groovier side of Clark, which works well with her other elements. It is unclear where Clark’s sudden affinity for funkiness came from (some might speculate it lies in her recent collaboration with David Byrne), but it is a refreshing addition. The track, “Digital Witness,” is a prime example of this, featuring a horn section and funk beat accentuating some of the most soulful singing yet. Surrounding the main aspects of the song are bended distorted guitar lines and repeated interruptions of Clark uttering the word “yeah.” The effect is uncomfortable, but musically enthralling enough to cancel out any uneasiness.

At times, the sexy dance aesthetic of this album becomes too heavy-handed and slightly distracting. In tracks like “Bring Me Your Loves,” Clark’s lush synth-harmonies and vocal effects bring to mind Lady Gaga’s last two albums. Strangely enough, this song is easily one of the best on the record, but mostly because it is such an outlier to the other songs.

As for the lyrical content, Clark is at her best yet, creating an atmosphere that is both mystical and poignant. As always, her lyrics are full of feeling without sounding stale. In the song, “Regret,” Clark matter-of-factly sings, “I’m afraid of heaven because I can’t stand the height/ I’m afraid of you ‘cause I can’t be left behind.” Within the context of the song and vocalization, this line glides right by the listener, which seems to be what Clark wanted it to do.

In a recent interview with NME about her new album, Clark said, “I set out to make a party record you could play at a funeral.” Being that these two spheres are never usually in conversation with one another, it makes sense that the album can put off a feeling of dissonance for the listener. What is so enthralling about this album as a whole, however, is how these dissimilar elements merge so cohesively. Suddenly, the idea of a funeral party doesn’t sound all that odd at all.
– Tylor Colby