Inked Up, Shut Out? 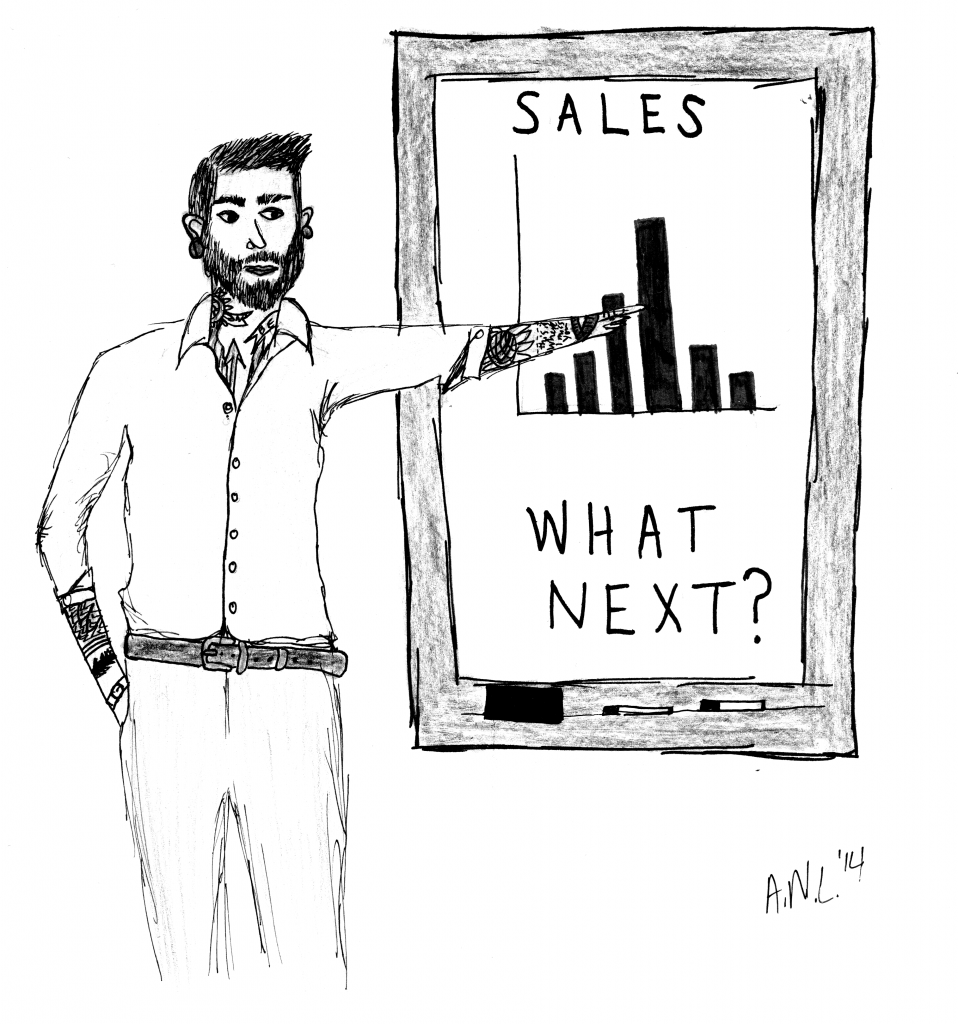 The state of body mod acceptance in the workplace

The Stockphoto-esque ideal of the corporate job candidate is a familiar concept: a clean-cut individual in a neatly tailored blazer, crisp button-down shirt and shiny shoes. The image is uncontroversial, homogeneous and easily hirable. However, in recent years an increasing number of people entering the workforce have chosen to permanently (or semi-permanently) deviate from that image by turning to tattoos, piercings and other body modifications as a form of self-expression. As a result, the significance of body art to hiring decisions has become a growing issue for both employers and job applicants.

According to the results of a 2012 poll by Harris Interactive, 21 percent of adults in the United States have at least one tattoo. The statistics only become steeper when considering the newest generation entering the workforce: according to a 2010 Pew Research study, nearly 40 percent of millennials have a least one tattoo, and out of that group, 30 percent say their tattoo is not hidden by clothing.
While certain fields, like arts and media, have developed reputations for welcoming body art, some statistics indicate that in general, tattoos have actually become more likely to hurt a job applicant’s opportunities. A 2012 survey by the Center for Professional Excellence at York College of Pennsylvania indicated that 61 percent of human resource managers believed a tattoo would hurt a candidate’s chances, up from 57 percent the year before.

According to Anthony Golden, an attorney at labor and employment-focused law firm Fisher & Phillips, in most cases employers have the legal right to incorporate body modifications as a factor in their hiring decisions.

Due to the increasing popularity of body art, more people are pushing for broader piercing and tattoo acceptance in the professional realm. Matthew Goslar, a former administrator of the Alliance of Tattooed or Pierced Professionals (ATOPP) and recent founder of modification-friendly networking group Urbanvisible, believes that the challenges that modified individuals face has created a need for a community-focused approach. After noticing the impact that his own tattoos and piercings had on job opportunities, Goslar was inspired to begin the Urbanvisible project to help advocate for companies that take a friendlier outlook toward visible body modifications in the hiring process.

“I was often turned away for my perceived image,” he said. “I would cover my tattoos and take out my piercings, but would still be given sideways looks or apologized to because of the holes in my ears. I then took to the Internet, looking for some comprehensive list of companies that hired individuals with visible tattoos and piercings. [I] found literally nothing aside from suggestions of places that hire military veterans on a regular basis, so I decided that [founding this] was necessary.”

He explained that while some organizations that appeared to support similar goals already existed, he found that many of the groups were misleading or even undermined the cause that they were created to represent.

“There are a lot of places on the internet that supposedly support the idea of diversity in the workplace. One Facebook group supporting tattoos in the workplace has over one million followers, but does nothing with their power aside from share pictures, sell shirts and honestly, further stereotypes… rather than showing that tattooed people are just that, people. As a tattooed individual you must realize it is your personal responsibility to behave in a professional and caring manner, because you represent a lot more than just yourself.  You represent a community struggling to be accepted,” Goslar said.  ?

Promotional marketer and self-described “corporate oddity” Joshua Coburn is used to standing out at the office. With earlobes stretched to several inches in diameter and tattoos decorating roughly 90 percent of his body, including his hands, neck and face, concealing his modifications in the workplace would be virtually impossible. Coburn, who made the leap to his current role after working for 10 years as a body modification artist, isn’t concerned with trying to blend in. Rather, he believes that the challenges and expectations created by his significant body art have driven him to achieve more professionally than he otherwise would have.

“What my appearance did for me, and the way I always leveraged it, was that I could not settle for less,” Coburn said. “I couldn’t be lazy, because I had effectively ended my retail sales career, my lower-level job opportunities, by tattooing my hands, my neck, my face. To a lot of people, that’s a matter of, ‘well, [now] you don’t have anything to fall back on.’ For me, that was a key driver to achieving my dream.”

He continued: “I understand that I create hindrances in my life to be happy in my physical body, but it should also be noted that in corporate business, though outsiders may look negatively on the way I look, my personal experience is that it’s benefitted me in every single way I can think of. ”
He explained that while he usually expects some initial surprise at his appearance, he sees that reaction as an opportunity to make a memorable impression and defy preconceptions.

“When I meet new people with whom I’ve [already] established a relationship on the phone, who haven’t seen me physically, they’re usually very surprised. I get the phrase ‘you’re not at all what I expected’, which is great,” Coburn said. “Their expectations are very low, which actually serves me very well to blow those expectations out of the water.”

Dr. David Ores, a heavily tattooed General Practitioner who offers laser tattoo removal at his private practice in New York City, believes that much of the stigma attached to hiring visibly modified individuals is the result of financial factors rather than cultural ones.

Ores is also the founder of Project Fresh Start, a community-oriented service that provides removal of incarceration and gang-related tattoos for no cost. He explained that he began the program as a way to help improve job prospects and prevent a cycle of unemployment and imprisonment.

“If I take a tattoo off someone’s face who used to be in a gang or prison, if it gets them a job, then they’re less likely to go back to prison or back to drugs. So each person we can get back to a job [could] save the state about 3 to 4 million dollars. If they go to a job, pay taxes and social security… they do all these things that help the economy,” Ores said.

While in many cases the tattoos that create obstacles for employment are means of self-expression without greater affiliation, the idea is the same: an individual’s appearance isn’t indicative of his or her professional ability.

While Golden said that he sees no indication that the current laws regarding modification and the hiring process are changing, others believe that the changing role of body art in the workplace is less of a legal issue and more of a cultural one. Coburn shares this mindset, and believes that as time passes, more conservative businesses will need to become more accepting of tattooed applicants in order to maintain a strong talent pool.

“The oncoming corporate tattoo revolution… basically comes down to just a few things. If you look at the general age ranges of executives who are getting into place in the corporate world… when you look at that high of a percentage of an age range that’s being tattooed and more accepting of the tattooed, you’re just naturally going to see it penetrate other markets,” Coburn said. “You will see it in much more cutting-edge companies or companies where they’re looking at expanding the hiring pool, because if you are choosing to effectively eliminate 40 percent of your hiring pool, you might be missing some major talent, simply due to the way an individual chooses to look.”
____________________________________
Karen Muller is a senior IMC major who plans to start saving up for a full-body tattoo… as soon as she can find a job. Email her at kmuller1[at]ithaca.edu.