The Ins and Outs of IC Greens 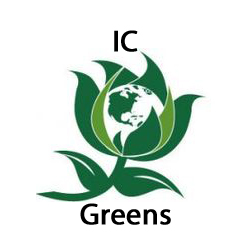 There have been fliers up around campus for the “Green-Up Clean-Up,” “Songs for Syria,” “Auditions for The Laramie Project,” “State of the Union Viewing and Discussion,” “Dancing for a Cause” and more — all in the past few months, all with the label “IC Greens” on them. What is the IC Greens, and why does it have such a wide array of tastes?

As the founder of the organization, I can tell you that despite what it sounds like, IC Greens is not an ecologically-based club, but rather a Green Party political club. Not everyone in the organization is a Green, but their constitution outlines the key principles that they follow — the same Ten Key Values that the Green Party of the United States follows. These values are grassroots democracy, social justice and equal opportunity, ecological wisdom, nonviolence, decentralization, community-based economics and economic justice, feminism and gender equity, respect for diversity, personal and global responsibility and future focus and sustainability. Additionally, the Green Party makes a point of not accepting donations from corporations, in an effort to reduce their interests affecting politics. Following these principles gives IC Greens a large number of topics and issues they can work to address.

But beyond that, what is the Green Party? Scott McLarty, Green Party media coordinator, thought the Green Party offers a different option to the current political system.
“The Green Party is the permanent alternative to the two parties of war and Wall Street. [The Green Party is] imperative for the 21st Century, because the United States is moving in some very dangerous political directions.” According to its publications, members of the party believe that the current duopoly between the Democrats and the Republicans has created many issues that can never be resolved so long as they remain in power. These topics include global climate change, the inequality of wealth distribution and the erosion of constitutional right and liberties.

The Green Party of the United States has experienced much growth since their genesis in 1991. According to the Green Party’s website, Green presidential nominee Ralph Nader attracted over 2,800,000 votes in 2000, and the party has approximately 250,000 registered members as of 2008. Since the 2000 election, however, polls suggest that many Americans are fearful of voting for a third party because they believe that they may ‘split the vote,’ and inevitably allow a member of the other dominant party to win the election. This thinking creates an environment where Americans are forced to choose between a lesser of two evils, rather than voting for someone who accurately represents their beliefs.

According to the Green Party’s, 151 registered Greens hold a public office around the nation, and that number grows each year, suggesting that more people are willing to make that stand for their beliefs and vote for the candidate they truly believe in. Until 2014, a registered Green named Jennifer Dotson served as an Alderperson in Ithaca, N.Y.

On campus the IC Greens, a branch of the College Greens, aims to promote Green Party values and strives to do their best to make as much of a difference as it can.
Sam Maddaloni, vice chairperson of IC Greens, enjoyed how many different aspects are involved with the organizaiton.

“The best thing about the IC Greens is that we encompass many causes,” Maddaloni said. “Any project concerning sustainability, the local economy, non-violence and human rights, social justice and equality or political participation is relevant to the IC Greens’s mission.”

Following this mission, the first event it held after the group formed in September was a “Green-Up Clean-Up” that aimed to incentivize the college’s students to pick up litter and dispose of it properly. Soon after it began work on a large benefit concert that was held in January called “Songs for Syria,” where it invited several bands, a cappella groups and solo artists from the college to perform. All the money collected for admission was donated to UNICEF’s Syrian Refugee fund to help provide supplies like polio vaccines, food and water to children who have been displaced by the crisis in Syria. Recently, the group also held a viewing of the State of the Union address for students following any political ideology, and a discussion about the address was held after. Throughout all of this, the group has been working to gather signatures for a petition to ban the distribution of single-use plastic bags on campus, for environmental reasons, and it has been working to start a green organization summit, where all the environmental student organizations can gather, share ideas and collectively work to achieve common goals.

The IC Greens is continuing to plan events this year. One branch of the IC Greens, called the Greens Theatre Project, held auditions recently for The Laramie Project Cycle and will be performing The Laramie Project from April 24 to April 26, and The Laramie Project: 10 Years Later will be shown on April 27. The IC Greens hopes to use the Greens Theatre Project as a means of promoting social change in the area by producing plays and musicals that revolve around the values of the Green Party. Additionally, the IC Greens will be holding an event during Earth Hour on March 29. Earth Hour is one hour, from 8:30 p.m. to 9:30 p.m. in each individual time zone, when everyone turns out their lights, for the purpose of promoting sustainability and coexistence with nature. The IC Greens is also working to hold a concert during Earth Hour that is entirely powered by bikes — that is, humans pedaling on bikes to create enough electricity to power the entire concert.

Politically, the IC Greens is currently working with the IC Conservatives to come up with ways to help students get more politically active on campus and in the nation. It is interested in creating a political organization summit, much like the green organization summit, to help organize the political clubs on campus. The IC Greens would also like to become more involved in local politics, and would like to help the Green movement grow in Tompkins County.

Emily Garfinkel, the treasurer of IC Greens, said politics is a crucial part of the campus community.

“The IC Greens are important because it is crucial to a college campus to have political discourse,” Garfinkel said. “We believe in advocating the ideals for the Green Party, so that we can express political diversity across campus, as well as encouraging students to make greener choices across the IC campus.”

IC Greens is a group that has a lot of ideas it wants to see make an impact on campus, and so far it has been successful at making those ideas a reality.

Students, the future of this country, have a lot of power at their disposal, and they certainly have the ability to bring about a more progressive party in the country.

“The first thing is to become aware, and read a lot, and become familiar with what the Green Party does and what they stand for,” McLarty said. “Unfortunately, I’ve seen a lot more people become docile, and become more obedient and accepting of the status quo. I would like for people to understand that the two-party power structure is not natural, is not permanent, and we don’t have to live under two parties that are swimming in corporate money.”

The IC Greens certainly has taken this message to heart, as they continue to promote social justice, environmentalism, non-violence and equality for all living things.