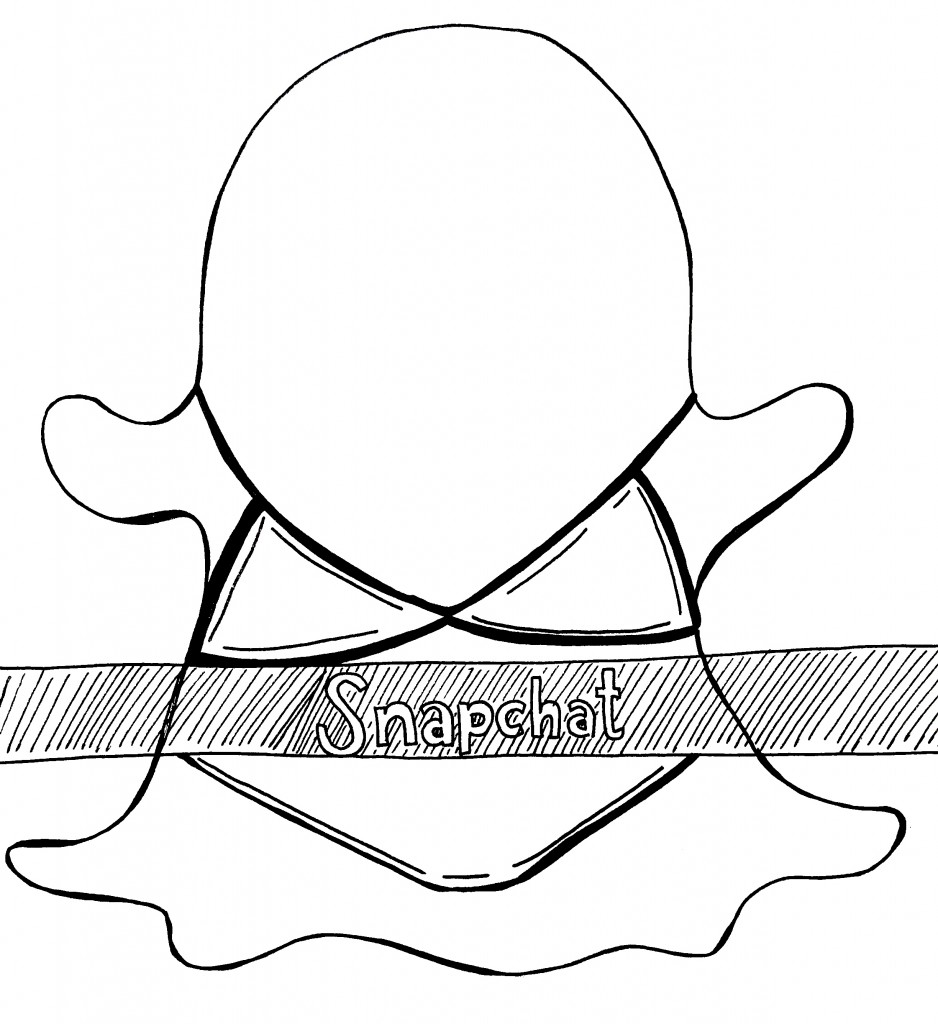 However, in spite of all of this, the Pew Research Center revealed that 9 percent of Americans sent sexually suggestive photos in 2013. That’s a 3 percent jump from 2012. Knowing all of the risks that come with sexting, why are more people than ever developing sudden courage when it comes to the risqué business?

It could be apps like Snapchat that are encouraging the sudden conviction. When Snapchat debuted in 2011, allowing users to send pictures that would appear for just seconds, it became a gateway for nudes and sexy photos alike.

A freshman at Ithaca College, Anna*, shared her encounter with the sexting-friendly app.

“I had this friend from my high school French class and one time during my senior year, we were Snapchatting,” she said. “At first it was just a normal Snapchat you would send to someone and then it kind of became this conversation. I never asked for pictures, I never sent pictures, but he sent me a picture. I got a dick pic from him and I didn’t even ask for it.”

Apparently sending a picture of your junk to your classmate and not thinking twice about it is a luxury that Snapchat extends to social media users.

Anna said that she was more “freaked out” than “creeped out” when the image appeared on her screen.

“The next day in French class, I thought it would be weird and it wasn’t. We’re still kind of friends,” Anna said.

She emphasized the importance of trust when sexting, as well as making sure the person receiving the messages is receptive to that type of behavior. Much like the situation with her classmate.

“Because we sent Snapchats of life and hung out a few times, it somehow was weird but it didn’t feel weird,” Anna said.

Anna admitted that she viewed Snapchat as a “platform for flirtation.”

With all of this focus on pictures, can we really say sexting is confined solely to sending crotch shots and cleavage?

Rachael Madden-Connor, along with two other counseling psychology graduate students, proposed a study exploring the sexting world. They focused on the positive aspects of sexting, which measured the use of sexting, not only through pictures, but words and videos as well.

“I went online and for the life of me I couldn’t find anything about the positive aspects of sexting. That’s how the whole thing was born,” Madden-Connor said.
The study focused on people between the ages of 25 and 40, most of whom were in relationships.

“The answers that were most interesting to me were the ones about people sexting their husbands in the car, or in the bathroom at work,” Madden-Connor said. “I was surprised by how many people said they sext during the middle of the day at work.”

Madden-Connor shared some direct quotes from the study, many of which expressed the feelings of confidence that the participants experienced, including “It makes me feel sexier and more confident,” and “It makes me feel like my husband misses me.”

Although sexting seems to have some underlying benefits, there is no avoiding the worry that comes along with it. It can be quite an intimidating process wondering if your private messages will be made public.

People know this, yet find themselves agreeing to the pressures of sending nude photos or naughty words.

Dianea Kohl, a local couples’ therapist, revealed what she perceived to be the reason why people are drawn to sexting and why it has the ability to make people feel wanted and, sometimes, even loved.

“In college most people don’t want a relationship because they want to play the field and they want experience, but eventually they are looking for a meaningful relationship,” Kohl said. “On the bottom line of all of this, people are wanting to be loved.”

There are many different viewpoints on the controversial subject, which causes the debate to be even more prominent. Sexting can be a way to rekindle a relationship, add flirtation and keep things interesting; or it could be a way to indirectly publicize your private life. The discretion is in the eye of the sexter.
*Name has been changed to protect privacy