Home Issues RAW FROM THE SAW: So Long, See You Tomorrow
IssuesMagazineMinistry of CoolSex

RAW FROM THE SAW: So Long, See You Tomorrow 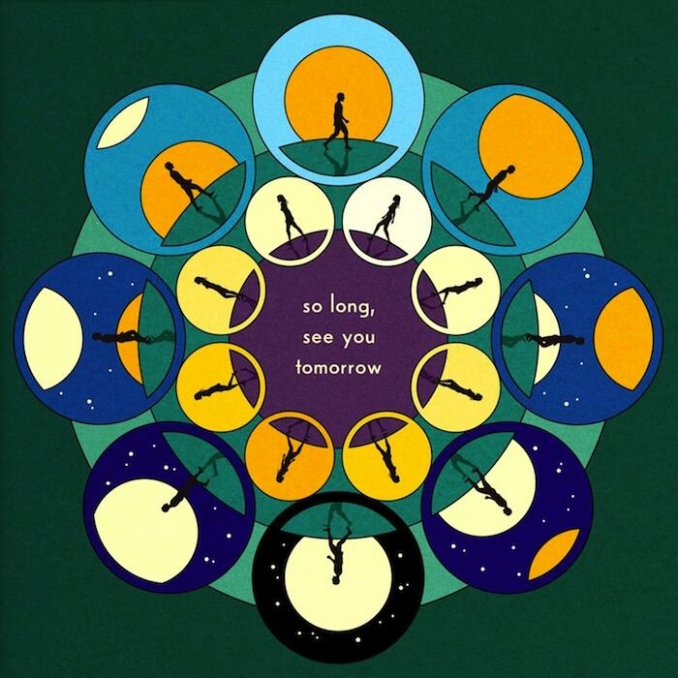 London alternative rock group Bombay Bicycle Club’s fourth studio album, “So Long, See You Tomorrow” is an eclectic mix featuring a hint of electronica and a lot of foreign influence from Japan, Turkey and India. By bringing in music styles from other nations, BBC transitioned from its usual guitar-driven sound to a heavier lean on keyboard effects.

This transition becomes obvious in the opening track, “Overdone”. Lead vocalist Jack Steadman’s calm, deep voice comes in as a stark contrast to the upbeat tune. As it fades in, the song grows into a trance-like Bollywood tune that stays intriguing despite its repetitive melody, broken up only by an electric guitar solo. The track’s lyrics are overwhelmed by the beat and seem especially exhausted during the chorus: “I sit and pine for wasted time/My feet were strong/My head was numb/I feel it come I’m overdone.”

The next song, “It’s Alright Now”, has more of an American influence; the notes are high and the words match the melody. The steady, military-like drum beat works well with the heavy electronica feel. “Whenever, Wherever” continues the same vibe but with a new twist; the track begins and ends very slowly and melodically, with just light piano and Steadman’s voice serving as a calm break from all the other songs with overlapping instruments.

However, the album’s transitions aren’t seamless; the introduction to “Home by Now” didn’t seem to fit the flow of the album. Although the song eventually evolves into something that blends, the R&B feel in the beginning didn’t match the rest of the songs. That being said, guest vocalist Lucy Rose paired nicely with Steadman, serving as a refreshing complement to his voice.

The foreign influence is much more present in “Feel” than any other song, but it seems to be trying too hard. It has a slight tango rhythm, violins, and a distinct Indian-influenced melody, resulting in a confusing mix. It sounds as if the band was trying to create a fluid mix of international sounds, but ended up sounding cliché and overworked.
Finishing the album is the title track, “So Long, See You Tomorrow” which begins with a slow marimba and flute introduction. Steadman’s slow and slurred voice sounds like a mix between The Beatles’ “Strawberry Fields Forever” and “Across the Universe.” This songs serves as a finale, more amplified than the others with an equal mix of both American and Eastern music styles

The album’s songs work together to create a playful mix of cultures. In each track, the foreign influence and eclectic sound shows through to create an album that showcases the band’s artistic growth. “So Long, See You Tomorrow” demonstrates the group’s ability to evolve from from indie rock to a more experimental, electronica-charged sound without disappointment.