Home Issues RAW FROM THE SAW: Let’s Be Still
IssuesMagazineMinistry of CoolSurveillance

RAW FROM THE SAW: Let’s Be Still 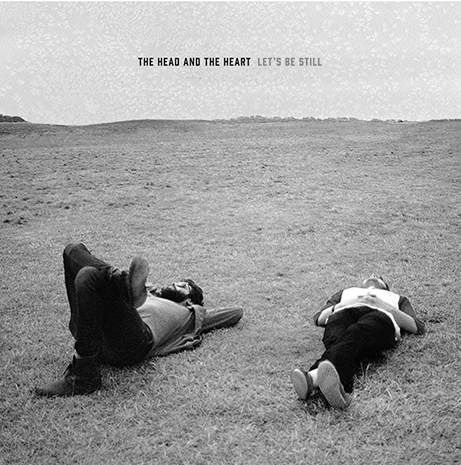 The Head and the Heart’s highly-anticipated second album, Let’s Be Still, comes at the perfect time of year. Whether the backdrop is a foliage-strewn mountain, or a rain-drenched window, the season of autumn is perfect for the sounds of strumming guitars and harmonic voices. Two years after the Seattle sextuplet’s self-titled debut album, Let’s Be Still features many recognizable elements of the band’s past sound, showing that they’ve held onto their rich, fulfilling sound while experimenting a bit to help it mature.

The large variety of instruments featured throughout the album includes violins, banjos, and even a synthesizer. However, the key instrument is definitely Kenny Hensley’s piano. Hensley moves the beat along on every song, serving basically as the heart of the band. This can be heard especially in the opening track “Homecoming Heroes” where the track starts off right away with the beating of the keys. Unlike other groups where the drums and bass are the beat of the band, here these sounds feel more like the details that take the role of decorating the songs rather than serving as the engine, causing the album to sound very fulfilling.

This instrumentation gives Let’s Be Still a very rich sound full of variety. Another cause for the richness is the harmonies that have successfully carried over from their first album. Having three different singers gives the band a lot of opportunity to mix and match the vocal styles of Josiah Johnson, Jonathan Russell and the only female in the group, Charity Rose Thielen. Thielen takes the reins herself on the tracks “Springtime” and “Summertime.” While the songs demonstrate the band’s diverse vocal abilities, strange-sounding synth makes these two the album’s weakest tracks. It’s promising to see the band experimenting with different sounds, but in this case, the synth just doesn’t fit well with the rest of the album.

The perfect situation for listening to this album would be after a long day of school or work, sitting in an old wooden rocking chair drinking hot chocolate, in front of a fireplace with the scent of smoke perfuming the room. The album creates an overall atmosphere of good feelings and inner peace. Just listening to “Shake,” the band’s single off Let’s Be Still, the entire song is very upbeat for this band, and yet it is still a soothing sound due to the low key elements.

The Head and the Heart have delivered a terrific addition to their small but quickly developing discography, and a sound that suggests that the band’s talent will only grow as time goes on.