The Number of the Beast 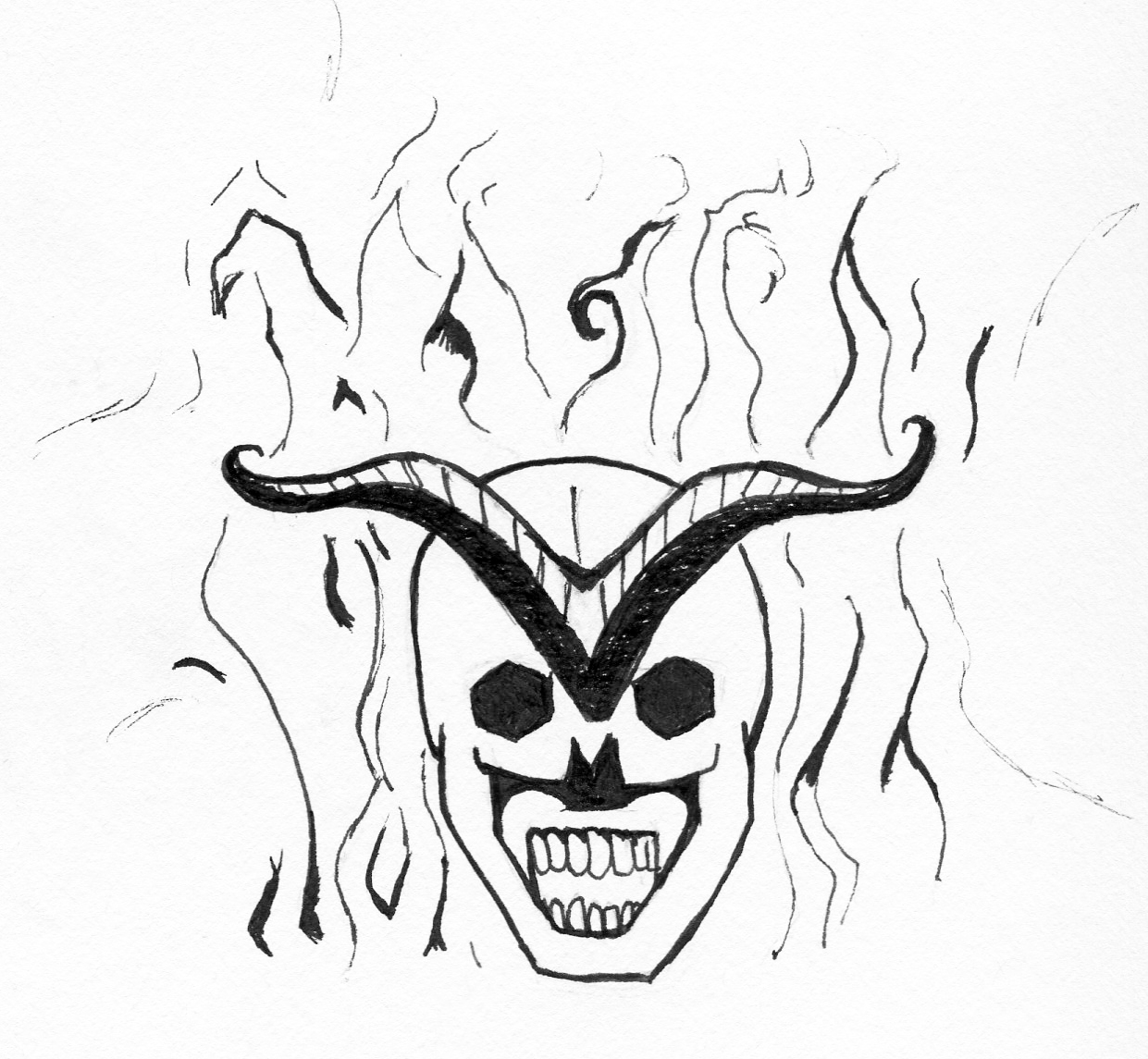 History behind the markings of the antichrist

Whether you’re a devil worshipper or a religious skeptic, you’ve probably encountered the number “666” and some of the superstitions that follow. The connotations of this number in popular culture are so strong, there is even a specific word for the fear of the number 666: Hexakosioihexekontahexaphobia. Still, surprisingly enough, many people are unaware of its Biblical origins. The specific number is mentioned in the Book of Revelation, as a mark for the sinister beast who is controlled by Satan himself.

Though the beast and the number 666 are related to Satan, it appears that the number itself is currently viewed as more of a modern cultural superstition than a Biblical prophecy. The recently cancelled ABC show “666 Park Avenue” became the subject of controversy after being protested by the group One Million Moms, for having the feared number in its title. Another cause of alarm for some is the logo of Monster energy drink, which most think is the claw mark of the “Monster” the drink is referencing, but others believe is actually a secret salute to Satan. The marks are similar to the Hebrew number and letter Vav, which is the numerical equivalent to six. The three marks in a row on the logo would then translate to 666. I suppose it doesn’t help that at the bottom of the can is says, “Unleash the Beast!” However, I highly doubt the Antichrist would recruit his evil minions through an obnoxious energy drink. But aside from the occasional paranoia over 666, it’s easy to overlook its Biblical roots.

The Book of Revelation is one of the last books of the New Testament and the only book in the Bible that references the number 666 in relation to the Beast. The beast is described as a hodgepodge of monstrous spare parts. It has seven heads and ten horns, and the body of a leopard, the feet of a bear and a mouth of a lion. The final passage of Revelation ends with the sentence, “Here is wisdom. Let him that hath understanding count the number of the beast: for it is the number of a man; and his number is Six hundred threescore and six.”

However, alternative and less literal interpretations of the beast exist as well. One theory, which originated in the Lutheran church, was that the beast actually represents the Catholic Church.

Pastor Robert Foote of Trinity Lutheran Church in Ithaca says that most modern Lutherans do not believe that the Catholic Church itself or the pope are the Antichrist. He explains that the reasoning behind this sentiment was that the papacy during Martin Luther’s time was behaving in an anti-Christ way, according to Luther’s beliefs.

“The history behind that is technically the papacy sees itself as… the vicar of Christ; that they are Christ on earth. And Luther had problems with that,” Foote explained, because calling oneself God is considered blasphemy. Foote says that the nature of “666” as revealed by Christian scripture’s numeric symbolism—where the number seven represents an ideal—further demonstrates the relationship between God and Satan.

“The symbol 666 represents a shortcoming… Satan is always something less than God, although he tried to make himself out to be God,” Foote said. “Six would be one short of seven… so it doesn’t represent a perfect relationship with God and man. And so traditionally most scholars have said that the repeating of six is emphasizing the inadequacy of Satan and his kingdom as it relates to mankind.”

According to other scholars, the “beast” mentioned in Revelation may actually have been the Roman Emperor Nero, who was known to have persecuted Christians during his reign. A further cause of concern for some is that when Nero’s name is translated into Hebrew, the numerical values of the resulting letters add up to a total of 666.  Numbers whose individual digits add up to 666 in this fashion are known as “evil” numbers and as a result their appearances are feared by some. However, those who fear this combination are destined to run into it with surprising frequency, given the mathematical properties of 666.

“It happens with many, many numbers,” said David Brown, a professor of mathematics at Ithaca College. “It turns out that if you do the mathematical analysis, a little over 20 percent of all numbers should have this property.”

In other words, even for all the superstition and controversy, many of the number’s appearances are likely entirely coincidental.

Still, not everyone sees it that way. The very small, very religious town of Reeves, Louisiana, fought to change its 666 area code with four failed attempts over 40 years before finally being able to switch the prefix to 749 in 2007. Others feared that June 6, 2006—a date written out as 6/6/06—would be the day of the apocalypse. Reverand Tim LaHaye, author of the Christian rapture series Left Behind, said in an interview with the Associated Press that this seemingly satanic date was not actually the specific date of the “End of Days” but it marked the beginning of a the true apocalypse.  On an interesting note, the final book in his series, “Rapture,” came out on June 6, 2006 and was sold for $6.66.

Whether or not 666 represents Nero’s kingdom, the hypocrisy of the papacy, or a blasphemous leopard monster, it just goes to show how a number that began in scripture evolved into a symbol of pure evil.  Now it’s shrouded in myth in our movies, television, and on the cans of your energy fix. With so many explanations of the number, it’s hard to know which one to believe. The best we can do is to avoid all things that end in 666. Just to be safe.

Sydney Fusto is a sophomore journalism major whose last three digits of her phone number are really 666. Email her at sfusto1[at]ithaca.edu.