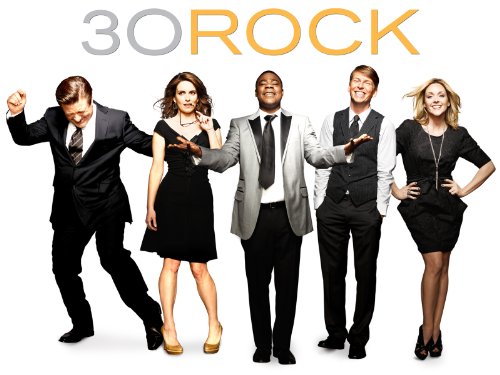 How does one say goodbye to one of the greatest shows of the past decade? Let me start by saying that 30 Rock is, and forever will be, one of my all time favorite shows. It was one of the first shows I followed from the pilot, and is a leading reason why I want to write comedy. I am also a card-carrying member of the church of Fey and I will consume anything she produces (which is how I was conned into paying eleven dollars to see The Invention of Lying). But despite my personal connection to this show, it is undeniable that 30 Rock was one of the funniest and most fantastically made shows in a very, very long time.

30 Rock has changed pretty significantly over the past seven seasons. For one, The Girlie Show became TGS with Tracy Jordan and finally became Bro Body Douche Presents The Man Cave. And more importantly the show within a show became less and less important (I do wonder whatever happened to Pam, the overly confident morbidly obese woman though). The character’s personal lives took center stage but 30 Rock still didn’t become your average sitcom. They somehow managed to combine all types of comedy. They had ridiculous recurring jokes like Jenna being on the run from Mickey Rourke. and Kenneth being a “flesh vessel for an immortal being whose name, if you heard it, would make you lose your mind.” But 30 Rock was also incredibly smart and seemingly broke every rule in television. Look at the way 30 Rock handles product placement. Instead of trying to force it into the show (which never works) 30 Rock took a very post-modern approach and at times broke the illusion of television. Once, after discussing the benefits of Verizon Wireless phones, Liz Lemon looks into the camera and asks “Can we have our money now?” As the seasons went on, 30 Rock began to be known for this type of ironic, meta humor.

The show also addressed issues that no other primetime sitcom would touch. The show devoted entire episodes to politics, media, race and gender issues. The episode that quickly comes to mind is TGS Hates Women. In this episode TGS is called out online for not having enough female writers- so they hire one. The only problem is she has an odd “sexy baby” persona and Liz Lemon tries to force her to grow up and “fix” her. The episode presents the question of whether its fair that the actions of an individual are sometimes used to reflect an entire gender. I can’t think of another 30-minute comedy that would have an episode like this. As Fey said herself in an interview with NPR, “Yeah, it’s just your typical sitcom, two-minute-long discussion about gender. No wonder no one wants to watch this program.” But 30 Rock was not like any other show and I believe that their small audience allowed them to take risks like this (or like dressing Jon Hamm up in black face).

30 Rock was unique, daring, progressive, smart and groundbreaking; but above all it is was unstoppably funny. Unlike many shows that try to become more than just a comedy and push social commentary or dramatic moments (and in the process become less funny) 30 Rock did this while maintaining its powerful humor. Much like the Tracy Jordan Meat Machine changed the way Americans eat our sandwiches, 30 Rock changed how we consume our comedy. 30 Rock was a joke machine. So prolific that it was not uncommon to miss a few jokes because you were laughing too hard from another. When I was tasked with writing a 30 Rock appreciation post I first considered just compiling a list of my favorite quotes. But then I realized that document would be so long it would probably break the Internet.

So, to those of you who never watched 30 Rock (of which there are too many) I give it my highest recommendation. And to you, my dear friend 30 Rock, I say thank you for giving me some of the best times of my flerm. And hey, we’ll always have Netflix.