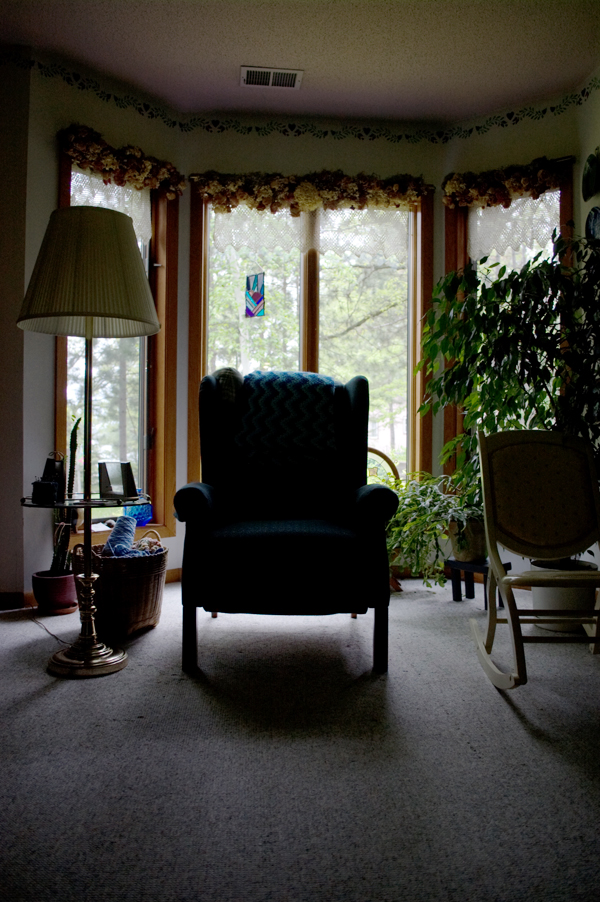 She closed the book, placed it on the table, and finally, decided to walk through the door. I watched as she left my house. Finally, I thought she would never leave.

I turned to Carl, giving him an apologetic look. He hated Lindsay and as much as I didn’t want to admit it, so did I. Well, not hate exactly; I could never actually hate my sister, just dislike immensely. Lindsay does what she wants, whenever she wants. Today she had come to my house unannounced, picked through my bookshelf, grabbed one she liked, and preceded to read it in Carl’s favorite chair. She didn’t stop until she read every page, and it was a long book. Carl came home from work and instead of sinking into his chair, had to settle for the infinitely less comfortable sofa.

“Don’t look at me like that,” Carl said after Lindsay had sashayed out of our house. “She sat in my chair.” I knew what he meant. That chair is his domain. I have never seen anyone so possessive of an inanimate object. No one sits in Carl’s chair except Carl.

“I’m sorry baby,” I said rubbing his shoulders. “You know she didn’t mean anything by it.” Carl grunted, and gestured for me to bring him his dinner plate. He went over to his chair and sat down, putting his feet in their customary position on the table. I took my place on the couch, and Carl turned on the TV. We ate dinner silently, Carl too engrossed in the program for conversation. I understood; he needs his time to relax after work. The characters on TV argued about something as I took a bite of mashed potato. Needs salt, I decided.

The kitchen floor was cold, but I thought it felt good against my bare feet. No shoes in the house, Carl says. I sifted through the cabinet grabbing the little saltshaker. It was shaped like a cat, black and white, and very cute. Lindsay had given it to me on my birthday last year. It was typical of Lindsay; the little cat looked up at me as I shook salt from the holes in its head. The tale was chipped off from when Carl had dropped it on the hard kitchen floor. He doesn’t like cats and when he had seen this, he tried his best to break it. I sighed, remembering Lindsay’s horrified face when she noticed the tail was missing.

Carl was finished eating by the time I got back to the living room. I placed my half-eaten dinner on the sofa, picked up Carl’s discarded plate and headed back into the kitchen. As I tossed Carl’s plate in the sink, I noticed a small piece of paper nestled between the soap and the sponge. It was carefully folded several times. I picked it up and unfolded it slowly. It was from Lindsay. She must have left it for me earlier today. I sat down slowly on the kitchen floor as I read.

Ever wonder how that chair feels?

“Be right there,” I responded. I got up off the floor and slipped the note in my pocket. Slowly, I re-entered the living room. Carl didn’t look up as I took my seat and picked up my plate. He had eaten the rest of the mashed potatoes. Methodically, I finished eating, staring at the TV blankly. The food was cold.

The Shadows Know Who You Are

Even the Grim Reaper Gets Paid Minimum Wage

When Good People Do Bad Things

i am afraid of garlic butter sauce