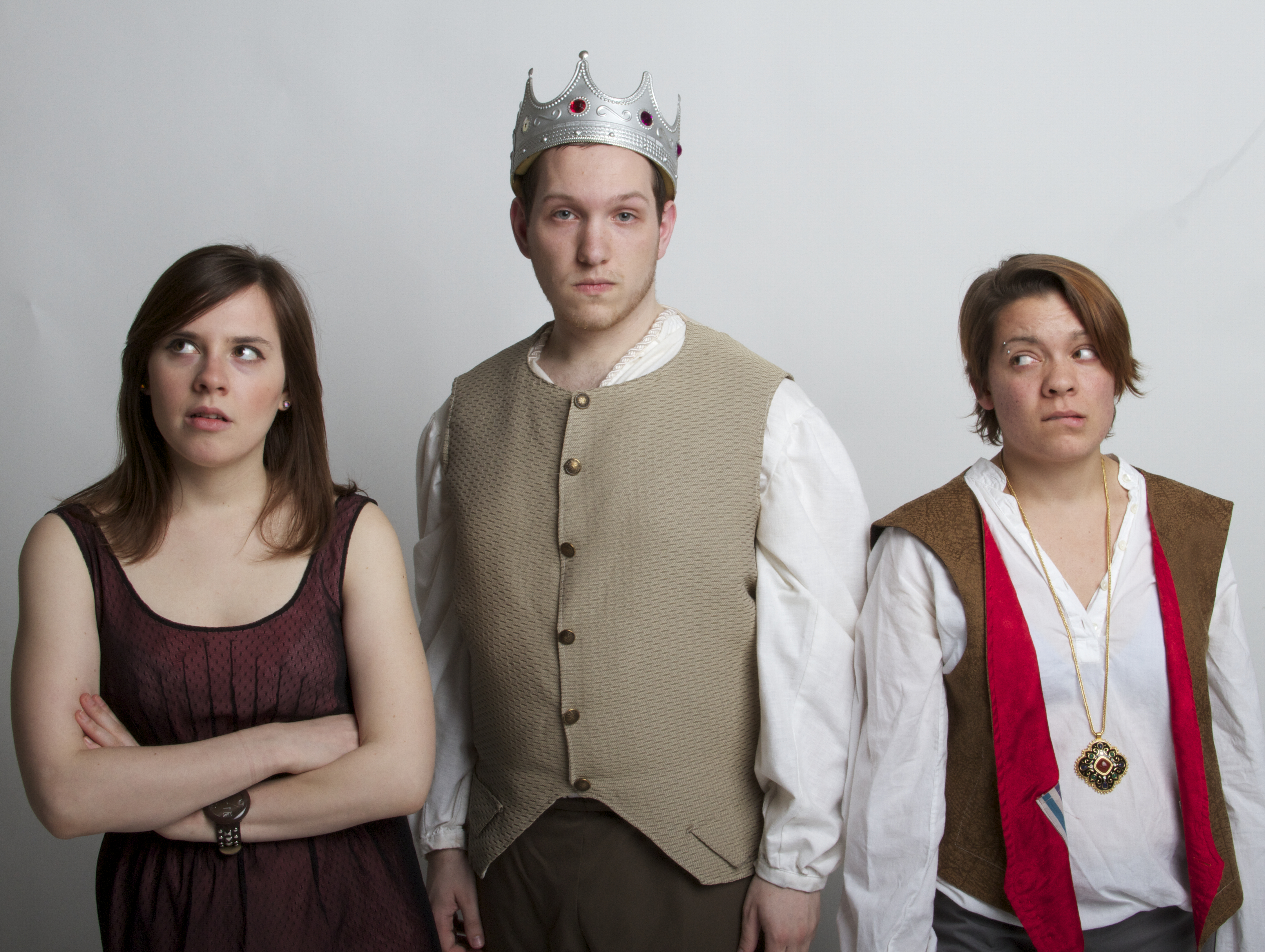 “What if we wrote a lesbian fairytale musical? Why are there no musicals about lesbians?!”

That’s how Sara Stevens remembers the initial brainstorm for The Lesbian Fairytale Musical, a new show written by juniors Will Shishmanian and Sarah Kasulke. The idea emerged during Stevens’ visit last May when the junior drama major, aspiring to be a theatre director, returned to campus after a semester away at the National Theatre Institute in Connecticut.

“I came back for a weekend,” she said, “And it just became this baby.”

Shishmanian sings and plays the guitar, trumpet and piano; the first three lovingly, the last begrudgingly. For the junior music composition major, the desire to write a musical is nothing new — he even considered it for a possible post-undergraduate path. During his first year at college, he began writing a show about a girl he was involved with. However, the romance fizzled out, and his motivation did, too.

By the start of his junior year, armed with new inspiration, he had acquired the writing skill and control to stick with the project. The experienced composer writes lyrics and music for class, his ska band at home in Connecticut, and solo and group performances in Ithaca. When he performs around town or on campus, his vivacious and friendly demeanor makes it easy for his creativity to emerge. But this time around, something was off with his writing process.

“I was trying to write music and lyrics and arrange it all at one time, which is fucking ridiculous,” he said.

He then made a choice that musicians and writers often underestimate: He took a break. And it worked.

Then, during the break between semesters, he pushed himself to wake up early every morning to write for a few hours, and the creators all set deadlines for each other. In less than three months, Shishmanian finished 16 songs about Addy, a lesbian princess forced to court a neighboring kingdom’s prince to calm relations between kingdoms.

Sarah Kasulke, who has written humor for The Ithacan, performed stand-up routines on campus, and run the Onion-style news radio show “Libertwee News Radio” on WICB, wrote the book behind the songs. It’s a new frontier for the junior TV-R scriptwriting major — unless you count the time she and a friend angrily re-wrote Thoroughly Modern Millie for drama club in tenth grade.

Her involvement began last spring when Shishmanian approached her. They met up over the summer and ended up imagining Addy, her fairy godfather Gary, Prince Dimitri, and his sister Princess Dahlia, whom Addy falls for.

Kasulke modestly describes herself as the Steve Wozniak to Shishmanian’s Steve Jobs and the book as “basically the space between songs.”

“We could be doing The Three Little Pigs and Will would still write an epic, epic score,” Kasulke said.

She says the book is mostly funny and light, aside from a few serious moments. According to Stevens, the book sounds like “pretty typical Sarah Kasulke — funny, witty writing.”

“It’s about acceptance … How incredibly stupid it is that you have to navigate [being gay], that it’s an issue, that it’s something that must be dealt with,” Kasulke said.

Good-naturedly labeling herself as “the only current lesbian” involved in the musical’s creation, Kasulke seems to be influenced by not only her wide experience in comedic writing but also the world of media in which she hopes to work. For her, this musical is about why “being gay and in love” can be a problem for some people.

“If you’re a little gay kid, you want to see yourself reflected in society. You don’t want to have to sit there and see the same heterosexual love story play out all the time.”

On April 27, 13 actors, 8 musicians, Stevens and Shishmanian, will premiere the show in Presser Hall in the Whalen Center.

It’s truly about how lesbians can fit into fairytales, but not in an overdone or didactic way. It’s the world of 20th century happy endings á la Disney — knights and fairies among dragons and castles, but no medieval vocabulary or Shakespearean sonnets. The socio-cultural issues relevant to homosexual love will become clear against the mythical backdrop.

Stevens loves that the main character will be a confident lesbian instead of a stereotype or a sidekick.

“I think [this] fills a void in the musical genre. There’s no musical I know of where there’s a lead lesbian,” Stevens said.

When the songs hit the stage, lots of hope will be on display: hope for possible careers, hope for a good performance, and maybe even hope for a shift in viewpoints. But mostly, it will be a fun, funny musical about two princesses who won’t conform to the genre they’re stuck in.

“No more B plots,” Stevens said. “A plots for lesbians!”

Lucy Walker is a sophomore drama and Spanish major who always thought the prince in Sleeping Beauty was gay. Email her at lwalker2[at]ithaca[dot]edu