Raw from the Saw: The Roots, ‘Undun’ 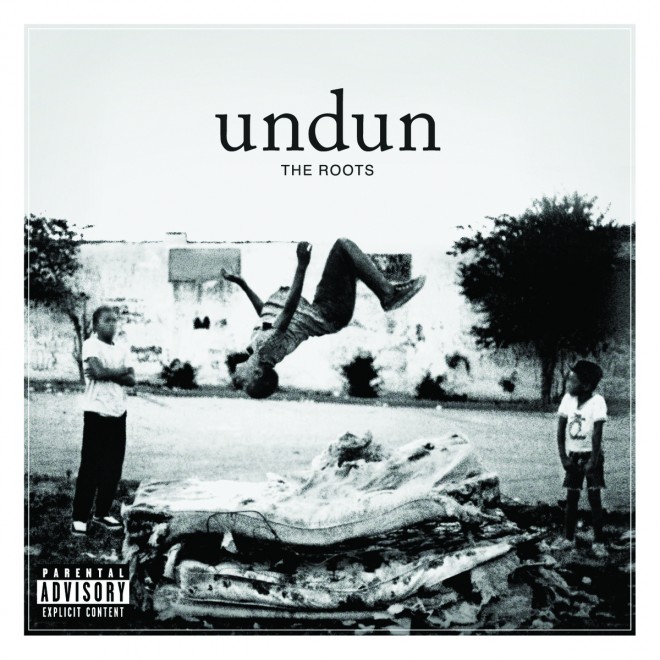 If your exposure to The Roots is limited to their role as Jimmy Fallon’s house band, Undun may not be the best introduction to their dynamic sound. Undun is The Roots’ first conceptual album, following 13 other studio releases that date back to 1993 when they independently released Organix. After hearing about the album’s intended release in the Fall of 2011, I immediately rushed to iTunes to preorder. When the album dropped on Dec. 6, I was shocked to be met with the flat-lining of a heart monitor during the track “Dun.” I came to understand that the album follows the life of a semi-fictionalized protagonist, Redford Stephens, beginning with his death. Redford, like many condemned to a life of poverty, struggles to overcome powerful influences of drugs and violence, which suffocate his existence.

The barely-audible, ambient sounds of crying infants and a heart monitor crescendo into more melodic, heavenly harmonies on the opening track. Like The Roots’ introductory track “DillaTUDE (The Flight of Titus)” on their 2010 release How I Got Over, “Dun” allows listeners to cleanse their palates and briefly recognize the death of Redford, who has yet to be introduced. The disorganization of “Dun” flawlessly transitions to a much more rigid “Sleep,” which pensively narrates Redford’s final reflections on his misguided ambitions.

Aaron Livingston’s layered and distorted voice calls, “I’ve lost a lot of sleep to dreams/And I do not miss them yet/I wouldn’t wish them on the worst of enemies.” During “Make My,” Stephens considers the material motivations during the final moments of his life. Though presumably shot, Big K.R.I.T and Black Thought both produce a calming tone through their self-reflective verses. Overall, this is one of my favorite tracks. However, after numerous consecutive low-key songs I yearned for a more powerful testament of The Roots’ musical prowess. The next four tracks, “One Time,” “Kool On,” “The OtherSide,” and “Stomp” delivered exactly this. My favorite of these, “Stomp” is successful largely because of Greg Porn’s featured vocals. These songs passionately express Stephens’ drug use, gang involvement and the power he feels during the climax of his life. The following three songs, “Lighthouse,” “I Remember” and “Tip the Scale,” narrate the protagonist’s youthful ambitions to overcome urban hardship. Like the album’s beginning, they are slower and more contemplative than the four previous tracks. Additionally, they are the last songs that include lyrics.

The last four tracks, “Redford (for Yia-Yia and Pappou),” “Possibility (Second Movement),” “Will to Power (Third Movement),” and “Finality (Fourth Movement)” are completely instrumental, orchestral compositions. The Roots’ inclusion of these tracks, including “Redford,” which is written and performed by Sufjan Stevens, is a daring yet successful endeavor. These tracks complete Undun’s narrative arc while also creating a more dynamic sound. Undun’s ultimate flaw results from the album’s seamless continuity. Because each song flawlessly transitions to the next, it is difficult to identify any one track as being more memorable than another. In comparison, previous albums from The Roots, such as Illadelph Halflife and How I Got Over have tracks such as “Clones” and “Doin’ it Again” that are powerful even when isolated from the rest of the album. Overall, Undun delivers a poetic narrative and makes compositional risks, yet it fails to offer any real autonomous tracks.